Both are signaling they want to work together. Both want to make history, leave a legacy. 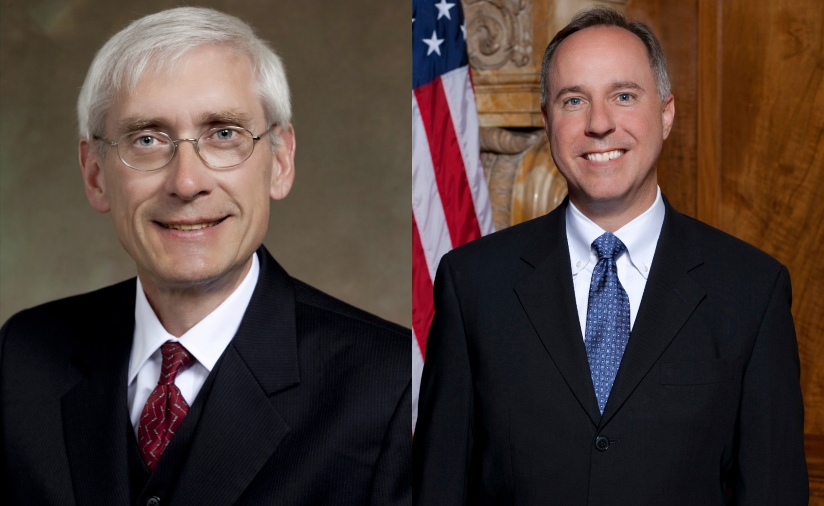 The Capitol’s two top elected officials, Democratic Gov. Tony Evers and Republican Assembly Speaker Robin Vos, fought over dozens of major policy issues over the last four years. But they share one thing — worry about their legacies — in the 2023-24 legislative session that began last week.

The 71-year-old Evers is unlikely to seek a third four-year term in 2026. So, he wants both this session and the one that follows to write his eight years in office into Wisconsin’s history books.

Vos wll turn 55 on July 5, just past the deadline for approval of the 2023-25 state budget. Vos took his 10th oath of office last week; he will have spent more than one-third of his life in the Assembly by mid-2023. The longest-serving Assembly speaker in state history, Vos has passed on all runs for statewide office and is not expected to run against Democratic U.S. Sen. Tammy Baldwin in 2024.

But Vos had a political near-death experience last August, when he won his party’s nomination for re-election by only 300 votes over a challenger backed by former President Donald Trump.

All this may have Vos, who runs several small businesses, asking how much longer he wants to be a Capitol power broker.

There was an opening-session peace offering from Senate Republicans to Evers: Appointees of Republican Gov. Scott Walker, who Evers defeated in 2018, finally left the oversight boards of the natural resources and technical colleges agencies. Appointees Evers made years ago can now assume those roles, pending state Senate confirmation votes.

But, if you look beyond that rhetoric, both Evers and Vos hit the same legacy-building themes.

“There’s no question that the work we must do to build the future we want for our kids, our grandkids, and our state is only possible if we’re willing to do it together. And I believe that together we will,” Evers said in his inaugural speech. “We must work harder to lead by example to show that ideals other than our own are not evil. Debate and discussion should be encouraged to better understand our neighbors, not hate them.”

In his Happy New Year press release, Vos did not attack Evers. Instead, the veteran Republican listed “three big priorities” for the 2023-24 session.

Vos’s first: ”Learning loss – Two-third of kids since 2019 are doing worse and don’t have an adequate level of math or reading for their grade level….We know that, with the massive amount of federal money that came in, more money isn’t the simple answer to help deal with this learning loss.”

The former state superintendent of public instruction, Evers agrees with the goal of making up pandemic-caused “learning loss,” although he wants to attack it by spending $2 billion more on public schools. Last session, Republicans pushed statewide Choice, which would allow any parent to send their child to a private school with a state-paid voucher.

Vos’s second priority: “Demographic challenges – We see a net migration out of the state and a graying population,” Vos said. “We have to find ways to keep more people in Wisconsin. When I look at our tax climate, I see that all around us is a flat tax – in Iowa, Michigan, Illinois, a Republican state, a Democrat state, and a newly turned Democrat state. Discussing our tax burden can help with our demographic challenges.”

Evers, in his inaugural speech, also mentioned that goal. “We all know the challenges that have plagued our state’s workforce for a decade,” the governor said. “Wisconsin must be able to compete to bring more talented workers to our state.”

Vos’s third priority: “Innovation – Wisconsin was the invention capital of the United States. Everything from malted milk to garbage disposals was invented here. I’d love for us to once again be the leader in innovation and be a place where new ideas thrive.”

What’s Wisconsin’s traditional cradle of innovation? UW-Madison, which ranks as one of the top research institutions in the world. It’s likely Evers would support increased funding for the university.

Evers and Vos may find one definition of a “legacy” helpful: “Learning from the past, living in the present, and building for the future.”