LA is Forecast To Get Hotter. What Can Be Done to Cool the City? 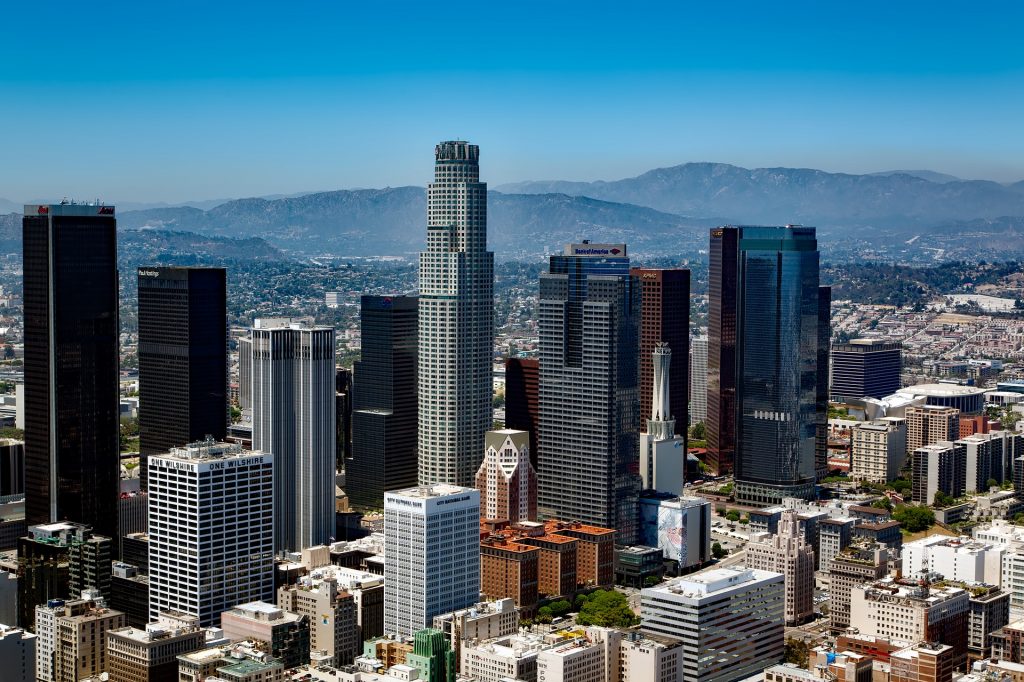 A bill for bus rapid transit and light rail expansion: Missouri Representative Cori Bush has announced with Illinois Representative Chuy Garcia the they and 60 co-sponsors will be creating bus rapid transit and light rail bills to support transit expansion with dedicated lanes. According to language in the legislation, bus rapid transit lines must have at least two miles of dedicated lanes and be center running for 75% of the route. The bill also focuses on displacement and fare policy. (Jake Johnson | Common Dreams) (Full BRT Bill)

Yes the sounds your neighbors make are annoying you: If you ever wondered why you dislike the sound of a child doing jumping jacks on the floor above your apartment, this story is for you. Noises from neighbors illicit fight or flight responses which is why they are so disturbing to us as humans and make us so grumpy. They also have health impacts as studies have found that noise increases stress, anxiety, and the potential for depression. (Lina Zeldovich | Nautilus)

Future of cities is underground: Singapore is embarking on a massive underground project to collect wastewater for reclamation. The first phase completed in 2008 cost $2.5B while a second phase will be completed in 2026. The project was envisioned to create more space on the surface, which is limited in the city state. Given the limited amount of land, the city has also been studying other ways to use space underground as other cities around the world consider it as well. (Samantha Bresnahan | CNN)

Commute distance never changes: MIT’s Sensible City Lab have created commute maps of several Chinese cities using cell phone data from 50 million people in 234 cities. What they found was that average commute times and distances everywhere are essentially locked at 30 minutes and 5 miles despite the huge differences in city sizes and urbanized areas. Another interesting finding was that central employment centers are only attractive to workers until commutes get too long. (Niall Patrick Walsh | Archinect)

Los Angeles will get hotter, needs cooling solutions: By 2050 the number of days over 95 degrees Fahrenheit in Los Angeles will double to 22 per year. Half the surface of the city is impervious and communities of concern are impacted significantly more by the region’s intense heat island effect. Solutions including creating more shade and painting streets and roofs to reflect more light are potential solutions, but not without potential drawbacks as well. (Katharine Gammon | The Guardian)

The pandemic changed the labor market and the attractiveness of transit jobs. One interviewee told us that he had been hiring for over 10 years and hiring had never been as hard as the last two years. Inability to compete on compensation was a common experience. Some interviewees also reported that limited or no remote work policies at their agencies made it a challenge to recruit for office-based positions.

This week on the podcast we’re joined by Jarred Johnson, executive director of TransitMatters in Boston, who talks about making the case for the MBTA, the Orange Line shutdown, regional rail and electrification, overhead wires versus batteries, fare policy, and much much more!