By Danielle Kaeding, Wisconsin Public Radio - Jan 6th, 2023 12:56 pm
Get a daily rundown of the top stories on Urban Milwaukee 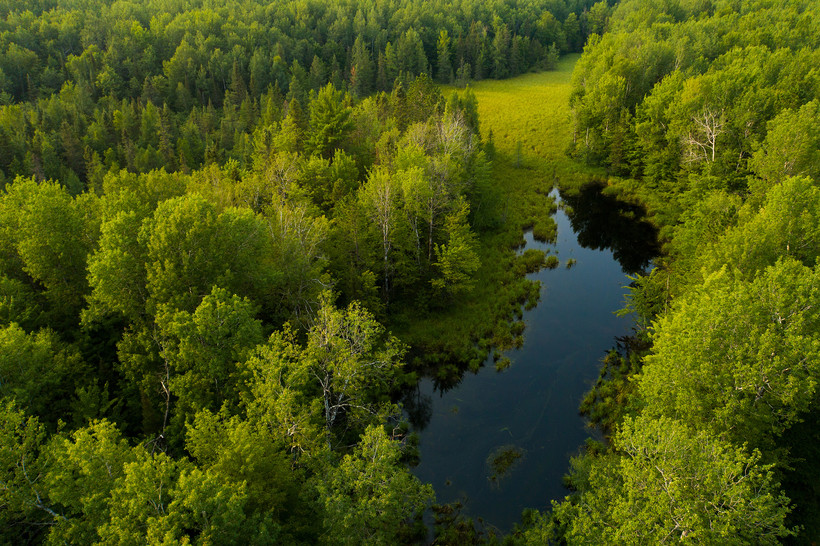 Lawmakers on the state’s finance committee are objecting to what would be the largest land conservation effort in Wisconsin history, threatening to halt the project altogether.

The Conservation Fund, a national environmental conservation group, bought 70,000 acres of private forestland across northern Wisconsin in 2021 called the Pelican River Forest to set it aside for recreational use and logging.

The state Department of Natural Resources has been working with the group to secure easements for the property east of Rhinelander. Last fall, the Wisconsin Natural Resources Board signed off on a $15.5 million conservation easement to preserve more than 56,000 acres of the forest.

The bulk of the easement would be funded by a $10.8 million federal forest legacy grant, but the state would also have to contribute funding.

On Thursday, Sen. Mary Felzkowski, R-Irma, said she and other members of the Joint Committee on Finance, who she declined to name, objected to using around $4 million from the Knowles-Nelson Stewardship Program to pay for the project.

“What’s happening here is when we do a conservation easement on 56,000 acres, what that’s basically saying is this land can never ever be developed into perpetuity,” Felzkowski told Wisconsin Public Radio. “Forever is a very long time.”

Previously, a nearly $4.7 million easement on 12,500 acres within the forest already received approval in 2021.

Felzkowski said she’s not opposed to Stewardship funding or the state owning public land, but she added public land is already abundant in northern Wisconsin counties. She said local governments have shared concerns over a lack of housing and available land. 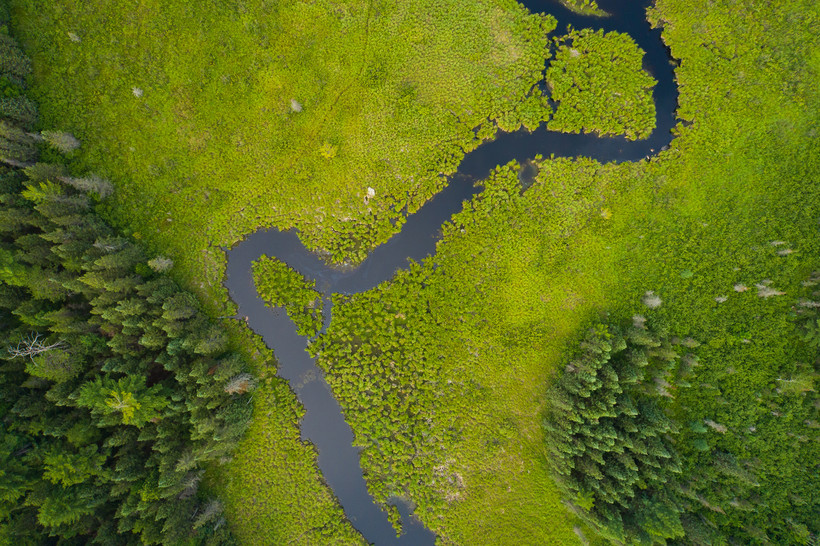 Large land purchases have met opposition in recent years as some Republican lawmakers have opposed taking blocks of private land off the tax rolls in heavily forested counties across northern Wisconsin.

The Conservation Fund maintains the forest’s 70,000 acres will remain in private ownership, contributing about $73,000 in taxes each year. However, Felzkowski argues those properties are taxed at a lower rate because they’re enrolled in the state’s Managed Forest Law program.

Clint Miller, the group’s central Midwest regional director, said the committee’s decision not to fund the project at this time is disappointing.

“This project itself is a historic opportunity for the citizens of Wisconsin that strengthens the state recreation and forest economies,” Miller said.

The Pelican River Forest includes 68 miles of streams and 27,000 acres of forested wetlands, straddling the divide between the Lake Superior and Mississippi River basins. The property serves as a link between the Oneida County Forest and Chequamegon-Nicolet National Forest. He said protecting the large block of forestland would provide ecological benefits in the form of habitat for state endangered and threatened species like the American marten.

The forest also benefits the climate by storing the equivalent of carbon emissions released by 4 million cars each year, and it’s expected to support 775 forest-related jobs. The DNR said the conservation effort received broad support, including the Wisconsin Conservation Congress, Wisconsin Wildlife Federation, and statewide ATV and UTV clubs.

Even so, local governments like the town of Monico and Langlade County raised concerns about the project approved last fall, according to Charles Carlin, director of strategic initiatives for state conservation group Gathering Waters. He said the group, town, and Conservation Fund recently discussed lands the town wanted to reserve for future development.

“Highway 8 and Highway 45 run through the town of Monico and through this project, and they would like to be able to have some of that land available for potential future residential or commercial development,” Carlin said. “They also reported to us, and it’s in the town’s comprehensive plan, that preservation of the forest lands within the town of Monico is also a really key priority for the town. And so I think that there’s absolutely a compromise to be reached there where some of that land could be reserved for development.”

However, Carlin is less optimistic about whether the committee would allow the project to move forward. 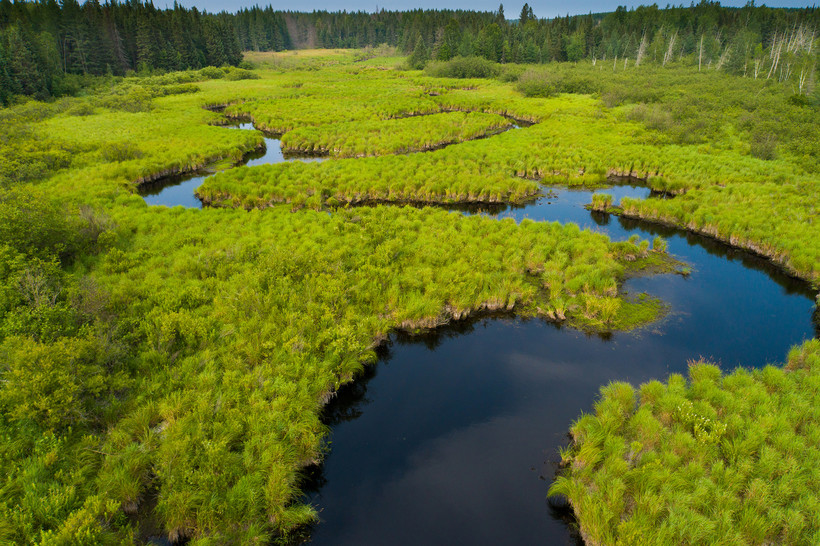 The Conservation Fund purchased 70,000 acres of the Pelican River Forest in northern Wisconsin from the investment firm The Forestland Group. The purchase aims to set aside land for recreational use and logging for years to come. Jay Brittain/The Conservation Fund

Under state law, the Joint Finance Committee that oversees state spending has 14 days to review and object to any project that uses more than $250,000 of Stewardship funding. If there’s an objection, the co-chairs of the committee notify the DNR that it’s scheduling a meeting to review the proposal. Until then, no money can be allocated without approval of the committee.

But Carlin said the committee hasn’t scheduled a meeting on the Pelican River Forest and other past projects, leaving them in limbo. A land conservation effort in Ozaukee County almost failed last year after an anonymous lawmaker objected to the deal. Gov. Tony Evers later issued $4.5 million in COVID-19 relief to fund five projects that committee members rejected, including for the Cedar Gorge-Clay Bluffs Preserve in Ozaukee County.

In a statement, Republican co-chair Rep. Mark Born said the Stewardship program is a valuable asset that works best when state regulators seek input from stakeholders affected by projects that receive funding.

“Going forward, it would be great to see the DNR put more effort into ensuring the questions and concerns of the local communities are addressed before promising money for projects or bringing proposals to the legislature,” Born said.

Jim Lemke, the DNR’s real estate section chief, said the agency sends out letters to every township, county, state representative and state senator that may live in or serve an area where a proposed easement is located. He said the DNR only received input from Langlade County where board members expressed concerns about the 30-day window to weigh in on the project.

“After the information came out that the objection was somewhat based on concerns of the township, we were surprised to have heard that because we didn’t know that those objections or concerns were out there,” Lemke said. “We would have appreciated the chance to have addressed those questions specifically from the standpoint of the DNR.”

Lemke said the agency isn’t surprised the committee objected to the project, noting lawmakers often have requests for more information. However, he noted $3 million in Stewardship funds have already been obligated for the project, which could roll over into next year if lawmakers don’t act by June 30. If the committee denies funding or fails to act, the agency may have to launch a fundraising campaign or seek a landowner donation to come up with funds to match the federal grant awarded for the easement.

The Conservation Fund’s Miller said they may also have to sell the property if the DNR can’t secure funding for the project. He said they typically aim to wrap up similar deals within three years, noting work has already been underway for half that time.

“The state needs to step up and seize the opportunity while we’ve got it,” Miller said.

Felzkowski has said an objection isn’t a hard no. If local governments reach an agreement with the Conservation Fund, the GOP senator said she’s open to hearing what they propose. Meanwhile, she said it’s up to the committee co-chairs to determine if and when a hearing is held on whether the project should move forward.