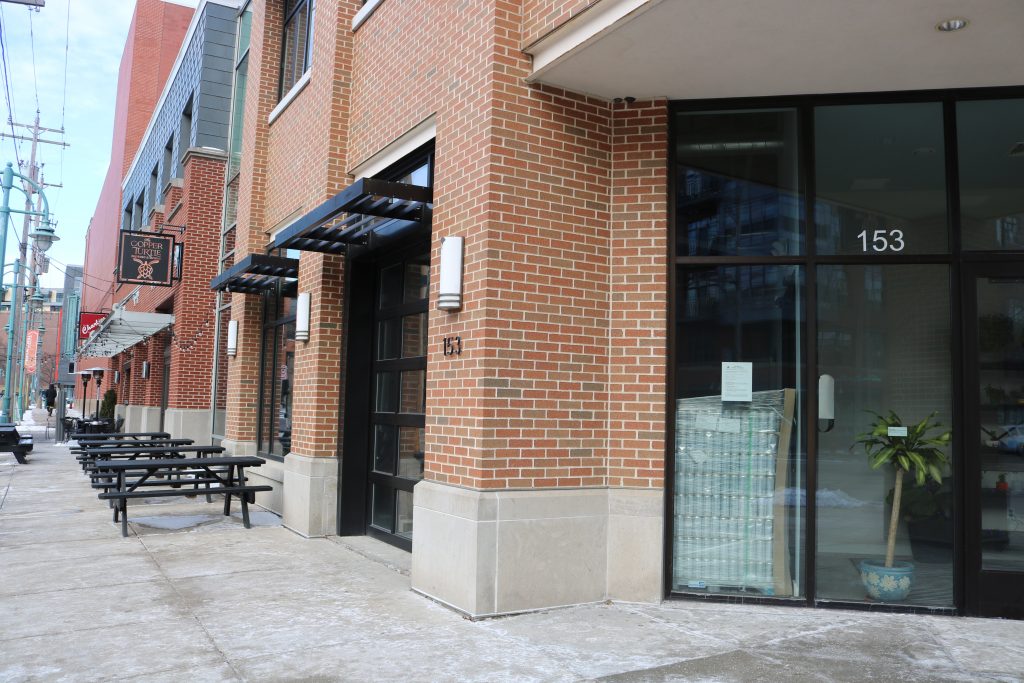 Milwaukee’s newest brewery is officially open in time for the first weekend of 2023. After a brief, soft-opening phase over the holiday week, The Copper Turtle Brewery and Taverne opened its doors Tuesday, Jan. 3, bringing its freshly-brewed beers, wine and cocktails to the Historic Third Ward neighborhood.

The brewery and tavern has been in the works since early 2022 at 330 E. Menomonee St., at the former site of Bavette La Boucherie. The butcher shop and cafe relocated to 217 N. Broadway in April.

Copper Turtle’s production facility is located in the contiguous commercial space that was last home to a real estate office.

Owner Ben Rossi said he originally hoped to open the brewery in late summer, before the onset of Wisconsin winter. Instead, Rossi had to confront the old adage that good things take time, delaying the launch several months to allow for supply chain holdups.

As a result, the first round of ice-cold beers served at Copper Turtle had weather to match. But despite the chill, neighborhood enthusiasm is at an all-time high, according to Rossi. Since he began moving brewing equipment into the Third Ward building, passersby have been popping in frequently to inquire about the status of the in-progress tap room.

“That’s a great thing obviously because everyone seems excited,” he said. “I think that’s the cool part, for sure. No one was more excited to get open than I was.”

Rossi, a long-time veteran of the industry, began waiting tables at age 15. He went on to work as a beverage director in Chicago while simultaneously exploring the world of home brewing.

“When my wife and I were early on married, I used to turn our little kitchen into my own private home brewery,” he said. “And I had carboys all over the house, bubbling away making my own beer. And I started getting really good at it.”

Rossi later opened his own Illinois brewery in 2013.

Rossi and his wife, Amanda, own and operate the new business, but credit is also due to the couple’s oldest daughter, whose love of marine biology inspired the Copper Turtle’s title and environmentally-friendly focus.

“Her favorite animal on planet Earth is sea turtles,” Rossi said.  “She’s obsessed with them. So we are running a very very, very green operation here.”

At Copper Turtle, every beer label features links to sea turtle conservation websites. The brewery will also maintain a low-waste business, leaning on recyclable and compostable materials for silverware and packaging.

“That’s kind of our whole vibe when it comes to just appreciating Mother Earth and beer and all that good stuff,” Rossi said.

And while it is, in fact, easy being green, said Rossi, it sure isn’t cheap.

“Having the mindset and understanding that those things are usually at a higher price point…that’s just the sacrifice you make,” he said. “We want to try and run our businesses as green as possible, and that’s what we’re going to do.”

The Copper Turtle also plans to donate a portion of its annual proceeds to sea turtle conservation organizations. Down the line, Rossi said he hopes to expand beyond the oceans, donating to conservation efforts within Milwaukee.

Though its name is marine-inspired, the brewery’s look and feel is high-class, said Rossi, describing the decor as swanky and speakeasy-inspired.

Get a daily rundown of the top stories on Urban Milwaukee
The design is a project of Amanda Rossi, who owns an interior design business. The Copper Turtle was her first commercial project. Features such as chandeliers, wood ceilings and ambient lighting from wall lanterns and lamps along the bar all contribute to the upscale atmosphere of the brewery.

“It’s not a prototypical brewery,” Ben Rossi said. “And I think everyone’s going to realize that the second they walk in the door.”

In fact, the only thing that can compete with the expertly-curated decor is the brewery’s copper serving tanks, which are located directly behind the bar and hooked up to the draft system.

“They’re big, loud and obtrusive, but they’re shiny and copper and pretty,” he said.

Ben Rossi plans to brew five core beers as well as a rotating, specialty brew at the adjoined production facility and expects to brew close to 1,000 barrels annually for both consumption on premise and distribution.

The taproom offers an amber beer, a marshmallow stout, IPA and a pale ale with citrus and agave, among others. Guest drafts, canned beers, cocktails and wine will also be available.

The brewery also plans to offer a limited menu of locally-sourced snacks including Milwaukee Pretzel Company soft pretzels and pizzas from Village Pub in Oshkosh, which are baked fresh and flash-frozen each week. 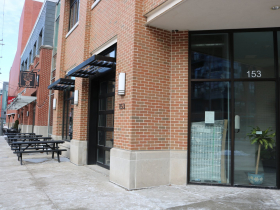 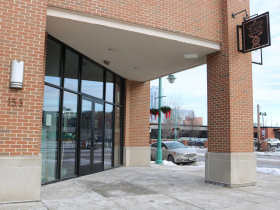 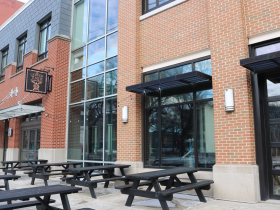