By Joel Patenaude, Wisconsin Public Radio - Jan 2nd, 2023 12:07 pm
Get a daily rundown of the top stories on Urban Milwaukee 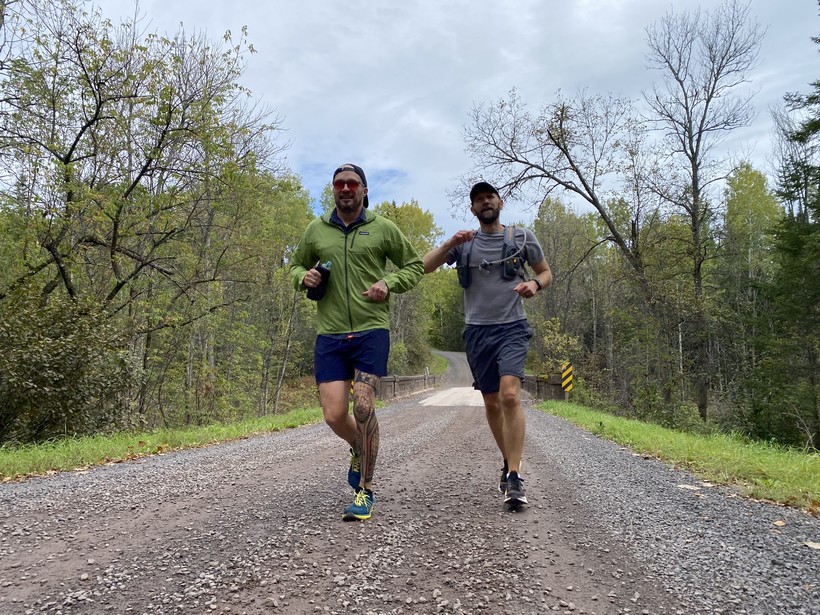 Endurance athlete Brad Birkel took a little more than three days in October to run over 200 miles nearly nonstop. More impressive is where he ran it and how.

Propelling himself day and night, and barely sleeping, the Middleton ultrarunner covered the entire segment of the North Country National Scenic Trail across the hilly northern tier of Wisconsin. The trail is a 4,800-mile course through eight states. 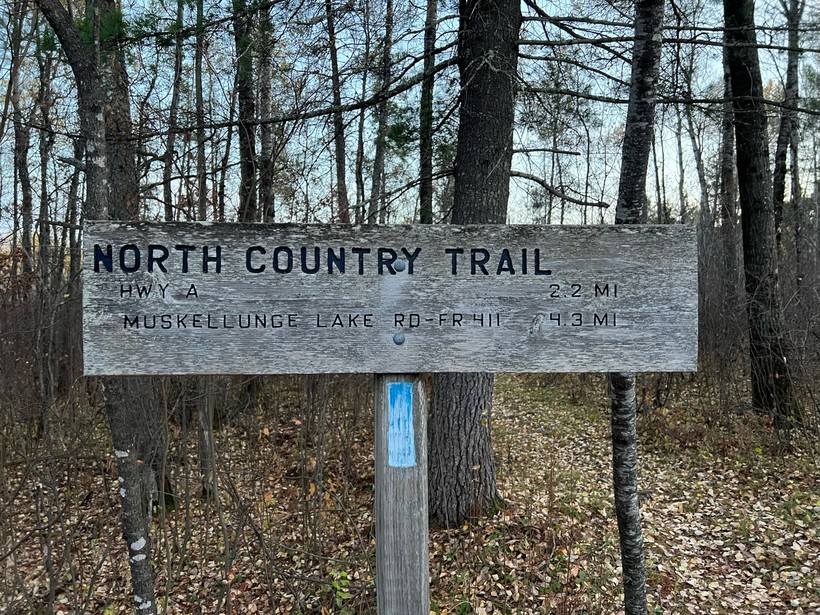 Starting at the Minnesota-Wisconsin state line and finishing at the Michigan border, Birkel ran that section in the “fastest known time” — three days, seven hours and 23 minutes — besting the 2020 record set by his friend, Ann Weiss. Birkel also ran several miles that were added to the trail since Weiss’ run and several other miles due to an unintended detour, bringing his total run to 222 miles.

“I had been awake for 80-some hours. There was no fanfare or excitement. I just wanted to climb in the truck and pass out for a bit. I did feel a great sense of relief to be done,” Birkel said during a recent interview on Wisconsin Public Radio’s “The Morning Show.”

The distance was more than twice as far as Birkel had ever run. He ran about 100 miles of the trail a year ago before abandoning that first attempt.

“I didn’t have the confidence I had this year going in,” he said.

Birkel said this year he trained well, felt rested — thanks to a month-long delay due to weather — and was ready to rely on his nine-person crew.

“When you’re doing a solo effort like this, having someone run with you to keep you safe is important,” he said.

Other crew members drove ahead and set up mobile aid stations.

“Each time I would cross a road or something, they’d be there to help me,” Birkel said.

Weiss, a member of the crew, helped Birkel break her two-year-old record. That was her returning a favor, as Birkel accompanied Weiss on her record-setting run. Such mutual support, common in ultrarunning, is rarer in other competitive endeavors, Birkel said.

A veteran Ironman triathlete and ultrarunner, Birkel said there were several reasons he was able to successfully complete the run. He said runners who log far fewer miles than him could benefit from a few lessons he learned the hard way: 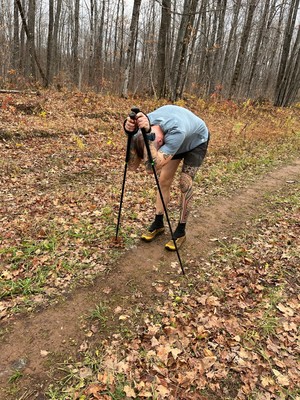 More than 200 miles into his North Country National Scenic Trail run, Brad Birkel’s back was seizing up and he needed to take regular “pain breaks,” occasionally stopping and putting his weight on his hiking poles. Photo by Matt Ivens, courtesy of Brad Birkel

Run slowly. For years, Birkel said, he ran almost every training run too fast and he suffered myriad injuries as a result.

“You should only be running fast on the days that are supposed to be fast and running a lot slower on your regular days,” he said. “On slow days, you’re still building fitness. You’re still getting in time on your feet.”

Birkel acknowledged that’s an extreme menu. But it was designed to deliver the quick, constant energy he needed to keep running for more than three days. He spent years training his stomach to allow eating the diet without getting sick.

“I was targeting 400 to 500 calories an hour, and that’s a lot,” he said. “I ate many things that would be considered not super healthy on a daily basis. But for what I was doing, it was exactly what I needed.”

Birkel says marathon and half marathon runners should increase their hourly caloric intake to stay properly fueled through long training runs and their races.