Since Roe-vs-Wade ruling, an average of nearly 300 Wisconsin abortion-seekers traveled to Illinois each month.

By Bridgit Bowden, Wisconsin Public Radio - Dec 29th, 2022 01:21 pm
Get a daily rundown of the top stories on Urban Milwaukee 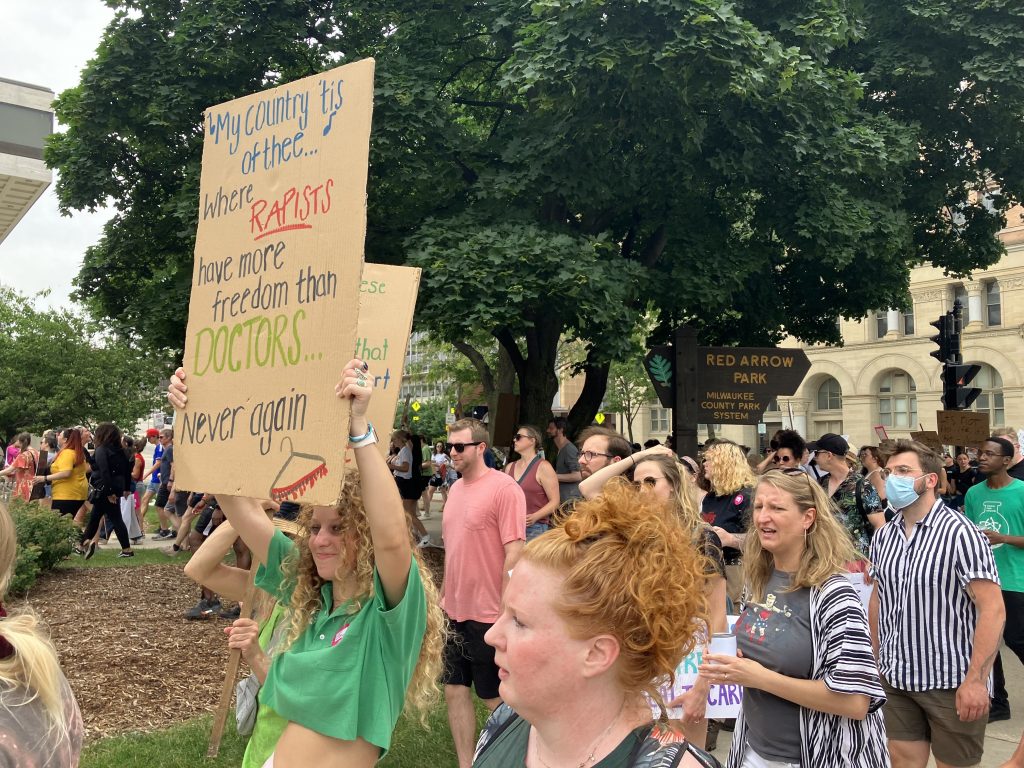 When the U.S. Supreme Court struck down Roe vs. Wade in June, it left the legality of abortion up to individual states. In Wisconsin, an abortion ban first enacted in 1849 immediately took effect, and legal abortion in the state virtually ended.

“It has been a really historic year,” said Planned Parenthood of Wisconsin president and CEO Tanya Atkinson, reflecting on the changes made to the decades-long precedent of the right to an abortion.

It was an equally momentous year for people who oppose abortion.

“June 24, 2022, is the day that pro-lifers have dreaming for decades,” said Matt Sande, legislative director for ProLife Wisconsin.

Looking ahead to 2023, advocates on both sides of the issue are planning to pursue further changes to the state’s laws regarding abortion.

The patient navigators can be reached directly, and Hawpetoss said she is often a patient’s first point of contact.

“Sometimes people’s emotions are running a little bit high, and they’re stressed out,” she said. “And sometimes it just starts as simple as just listening to them and getting them more calm.”

The month before Roe was overturned, about 25 Wisconsinites had abortions performed in Illinois. Since Wisconsin’s ban was reinstated in June, an average of nearly 300 Wisconsin abortion-seekers traveled to Illinois each month.

Hawpetoss said many of those people face “significant barriers,” and it’s her job to help with things like travel, hotel bookings and child care.

“I think I have the train schedule memorized from Milwaukee to Chicago,” she said.

Planned Parenthood’s health centers in the state all remain open and are still offering reproductive care services, STD testing, birth control, cancer screenings, and other services. The centers in Madison and Milwaukee that used to provide abortion services are still providing the care needed before and after an abortion, just not the procedure itself. More than a dozen health care providers from Planned Parenthood of Wisconsin are now traveling to Illinois to provide abortion services.

“If you need an abortion, you can still contact Planned Parenthood,” Atkinson said. “Planned Parenthood can still be there to support you to access that abortion in another state, whether that’s Illinois, or whether perhaps you have a support system somewhere else in the country.”

Anti-abortion advocates also have plans to make further changes to the state’s existing abortion laws. According to Sande, ProLife Wisconsin plans to pursue legislation that would adjust the language of the current abortion ban.

The existing ban does not apply to abortion that “is necessary, or is advised by 2 other physicians as necessary, to save the life of the mother,” which critics say is not specific enough to be medically useful.

“We would like to tighten up that vague and undefined ‘life of the mother’ language, and essentially replace it with an equal care language requirement requiring equal care for mother and child,” Sande said.

The organization also plan to pursue state funding for adoption tax credits and so-called “pregnancy resource centers,” which some experts say are inadequate to meet the needs of pregnant people and may even promote misinformation.

Much of the issue’s future in the state will come down to the spring election for an open seat on the Wisconsin State Supreme Court, Sande said. That election could flip the ideology of the conservative-leaning court, opening pathways to overturn the 1849 ban.

“This is a big one, because it’s an abortion referendum,” said Sande.

Still, Sande said he feels “thankfulness and joy” for the changes that have already been made in 2022.

According to an analysis of a national study by the University of Wisconsin Collaborative for Reproductive Equity, health care providers have not performed any abortions in the state since the fall of Roe vs. Wade.

“In April and May of 2022, Wisconsin abortion providers reported 590 and 620 abortions, respectively. In July and August, those numbers fell to zero,” it said.

2022 was a ‘historic’ year for abortion. Now, advocates on both sides are looking ahead to next year. was originally published by Wisconsin Public Radio.

More about the Overturning of Roe v. Wade