Evers used federal pandemic aid to give $72 million in $10,000 grants to small businesses, with more to come. 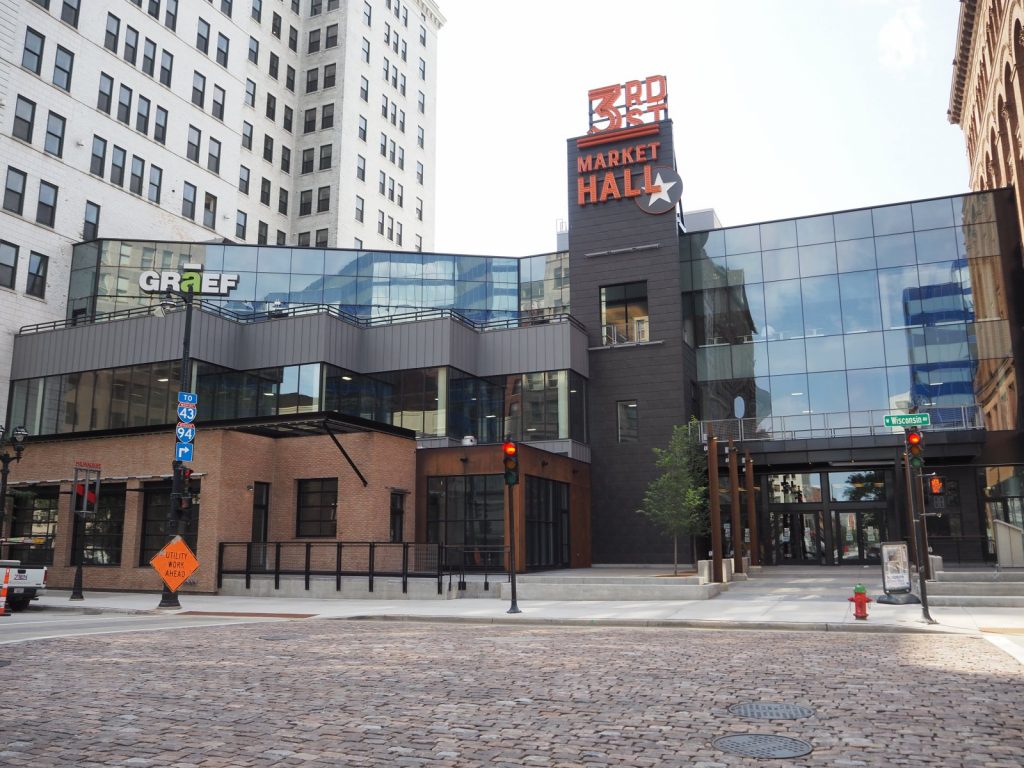 State officials have given more than $72 million in $10,000 grants to thousands of small businesses statewide, but say it’s not enough. They want to hand out $28 million more by Jan. 1.

Officials said 1,125 of those grants went to Milwaukee County businesses, including 16 located at Milwaukee’s The Avenue, the rapidly growing replacement for the former Grand Avenue Mall in Downtown.

“This money is out there, and it’s working,” Hughes, CEO and secretary of the Wisconsin Economic Development Corp. (WEDC), told the agency’s board of directors. She noted that the Center on Budget and Policy Priorities rated Wisconsin first of all states for using federal COVID-19 aid to help businesses.

“We had this opportunity to invest in our businesses and to really lean in and support our economy this way,” Hughes said, adding that small businesses often had trouble getting help through other federal pandemic programs like the Paycheck Protection Program.

One grant recipient, Courtney Saniter, said it helped her and her boyfriend and business partner, Mike Ruess, open a unique houseplant and gift store, Wilder’s Plants & More, in Watertown in time for holiday shoppers. Before the grant, Sanitizer said in an interview provided by WEDC, “We had almost a jungle in our house. It just grew out of a love of plants.”

Sixteen of the more than 7,200 grants went to businesses in the Bayfield County community of Washburn, Hughes said in a Wisconsin Public Radio interview. As a result, downtown Washburn is “more vibrant than ever.”

Get a daily rundown of the top stories on Urban Milwaukee
Kiddiwink Kids, for example, opened in Washburn with help from a Bounceback grant, owner Sheila Desjarlais said in an interview provided by WEDC. She makes sensory kits — homemade play dough, small figures and accessories — for children and also offers clothing, crafts and activity classes.

When the pandemic closed her child’s care center, Desjarlais was forced to create objects to hold her child’s attention while she worked as an office manager. “I ended up bringing my 3-year-old daughter to work every day in a fish processing plant,” Desjarlais said. “I’m trying to make it easier on parents. It’s really stressful to have your kids with you [when working] and not just sit them in front of the TV.”

How far did $10,000 go for a small-business entrepreneur?

Hughes said last week that small business owners repeatedly said, “They didn’t need a lot of money. They said, ‘We just need a little bit. That would just really help us stabilize our business, or buy equipment’.”

“Small businesses really know how to make $1 work,” she told the WPR interviewer. “[They] have been able to take that $10,000 and pay the rent for a whole year, or buy inventory, or buy an entire computer system.”

A WEDC spokesman said the agency tried to make the process of applying for a Main Street Bounceback grant as simple as possible. To qualify, businesses and non-profits had to move into a vacant commercial space between Jan. 1 and Dec. 31 of this year. Existing businesses could not use the grant to move from one spot to another, but could use it to expand or open another location. Applicants only had to submit proof of lease or proof of purchase. Franchisees were eligible.

At first, the Evers administration planned on using $50 million in federal COVED-19 cash to help 50,000 businesses. But demand for the grants pushed the total to $75 million and, eventually, to $100 million — the amount WEDC officials hope to have committed by Jan. 1.

Hughes told WEDC directors that about 8,500 businesses had applied for the grants, which take two to three weeks to process.

The WEDC spokesman said the agency will track businesses who got the grants and include follow-up totals in the state’s Annual Report on Economic Development, which covers all state economic development programs.

But, even if some small businesses who got the grants closel, Hughes told the WEDC board, the program has led to the renovation of thousands of commercial buildings statewide, making them attractive to future businesses.

Main Street Bounceback will have a “lasting impact,” Hughes predicted.

2 thoughts on “The State of Politics: State Grants Help 7,200 Businesses”