Should Wisconsin Adopt a Flat Tax?

Republicans are pushing this. Is it a good idea? 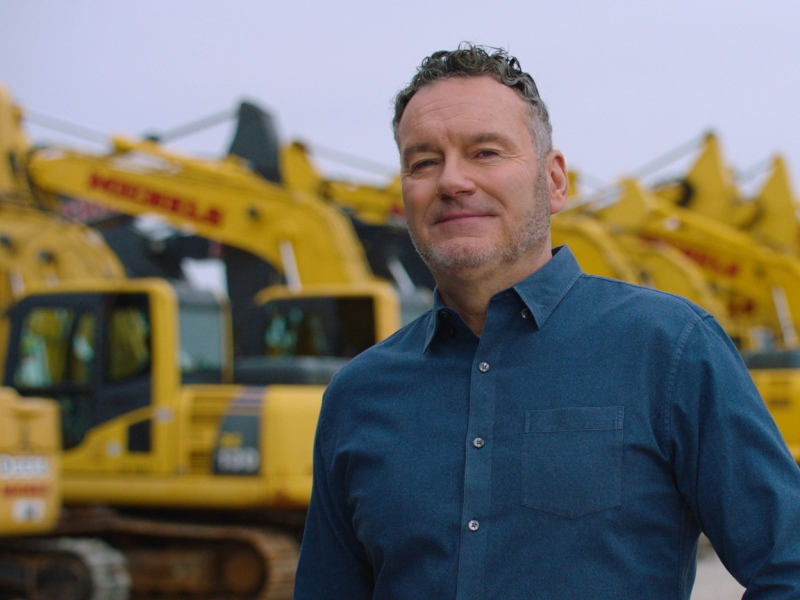 Every few years, the Institute on Taxation & Economic Policy (ITEP) publishes a report entitled Who Pays? A Distributional Analysis of the Tax Systems in All 50 States. The most recent version of this report, the 6th edition, was issued in October 2018 and was mainly based on 2017 tax data.

As part of the report, ITEP analyzed the impact on taxpayers according to their family income. To do so, it divided the population into fifths (called quintiles) starting with the lowest quintile (whose average family income equaled $14,700). The top 20% was further divided into three groups, as shown in the graph below.

The three main sources of revenue for state and local governments are sales and excise taxes, property taxes, and income taxes. The chart below shows the impact of each as a share of family income. For example, on average, a family in the lowest income group pays almost 6% of income in sales tax, but nothing in income tax. By contrast, a family in the top 1% pays less than 1% of income in sales tax but over 5% in income tax.

Sales taxes are known as regressive taxes. Low-income people spend a larger portion of their income on purchases than do those with higher incomes, as we see in Wisconsin. Although purchasing goes up as income goes up, a greater percentage of income goes towards things that don’t trigger a sales tax, such as savings.

The graph below for Wisconsin shows how progressive the income tax (in blue) is and how regressive the sales tax (in yellow) is. It also shows property taxes (in green) are regressive through most income brackets. 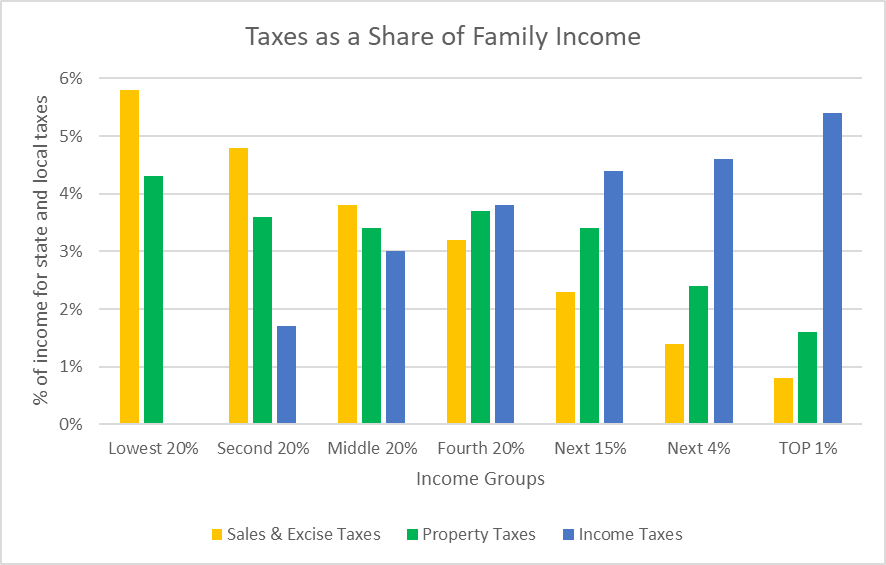 The next chart shows the total tax burden on each income group, the result of summing the three taxes. To some extent, Wisconsin’s regressive real estate and sales taxes are balanced out by its progressive income tax. Taken as a whole, the combined burden of Wisconsin’s three taxes looks very much like a flat tax over the lower 95% of taxpayers.

But that generalization only applies if we are willing to ignore the upper 5% of taxpayers. In particular, the average member of the top 1% faces a tax burden that is substantially lower as a percent of income than for members of all other income groups. 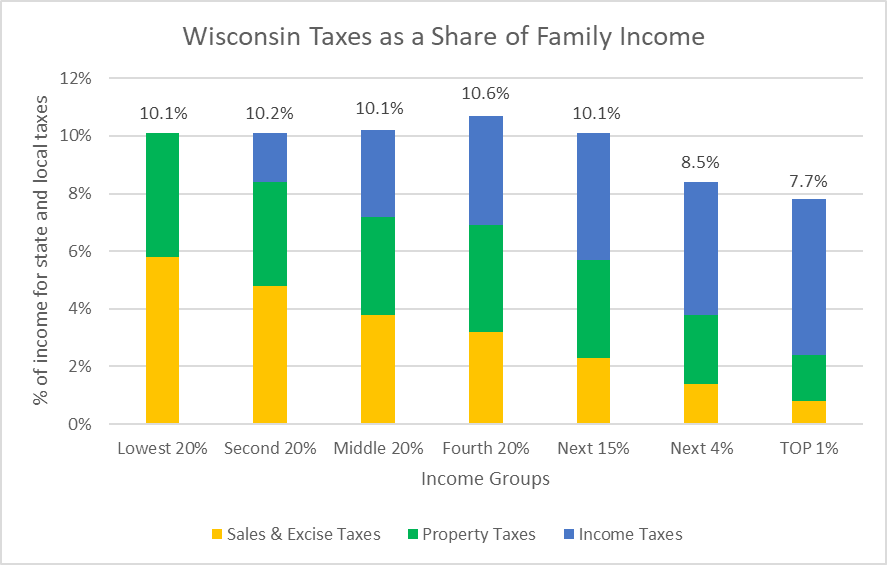 While the overall Wisconsin tax burden remains regressive when taken as a whole, a look at ITEP’s six editions suggests that it has become less so, and more progressive since the 1980s. But the data only goes through 2018. 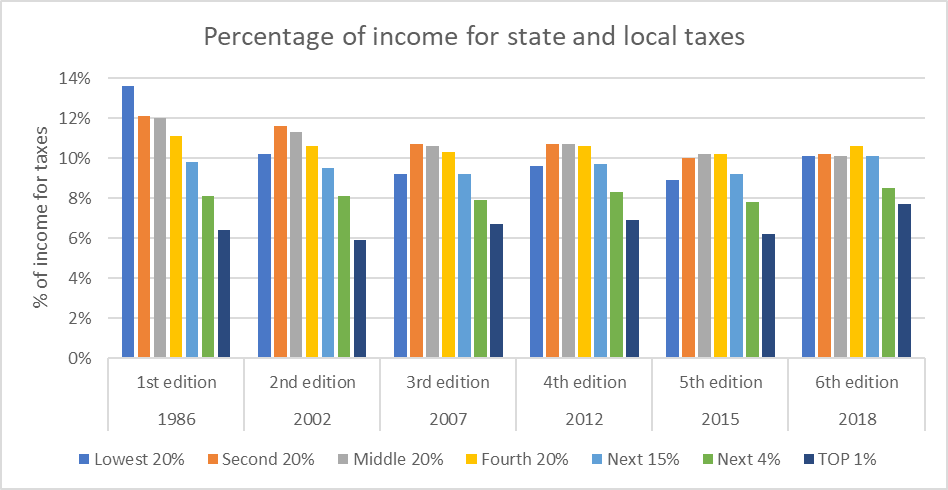 Percentage of income for state and local taxes

In his race for governor, Tim Michels advocated that Wisconsin’s progressive income tax be replaced with a flat tax. Michels offered few details of how it would work, in particular how he proposed to avoid shifting the burden of tax from millionaires to middle and working-class taxpayers. Since then, the leaders of the Wisconsin Senate and Assembly have also advocated a flat tax, again with no detail.

But the gist of these proposals is to have every taxpayer in the state pay an equal percent of their income in income taxes. Republicans who argue that this would be more equal leave out the fact that the sales and property taxes are very regressive and not flat at all. When combined with a flat income tax the total state-local tax burden would become drastically regressive, effectively transferring income from the poor and middle class to the wealthy.

One motivation for the interest in a flat tax is the belief that the secret to prosperity is to reduce taxes on wealthy people. This belief persists on the right despite the paucity of evidence in support of it. This evidence includes:

The conservative Tax Foundation suggests this problem could be fixed by using a variable standard deduction. The deduction would be larger for low-income taxpayers and shrink for wealthy taxpayers.

While cutting the maximum tax rate would clearly be beneficial to the sort of millionaire who funds Republican political campaigns, it is less evident that it would be of any benefit to lower and middle-income taxpayers.

3 thoughts on “Data Wonk: Should Wisconsin Adopt a Flat Tax?”