Great sauces and some of the city's most unique Mexican cuisine. 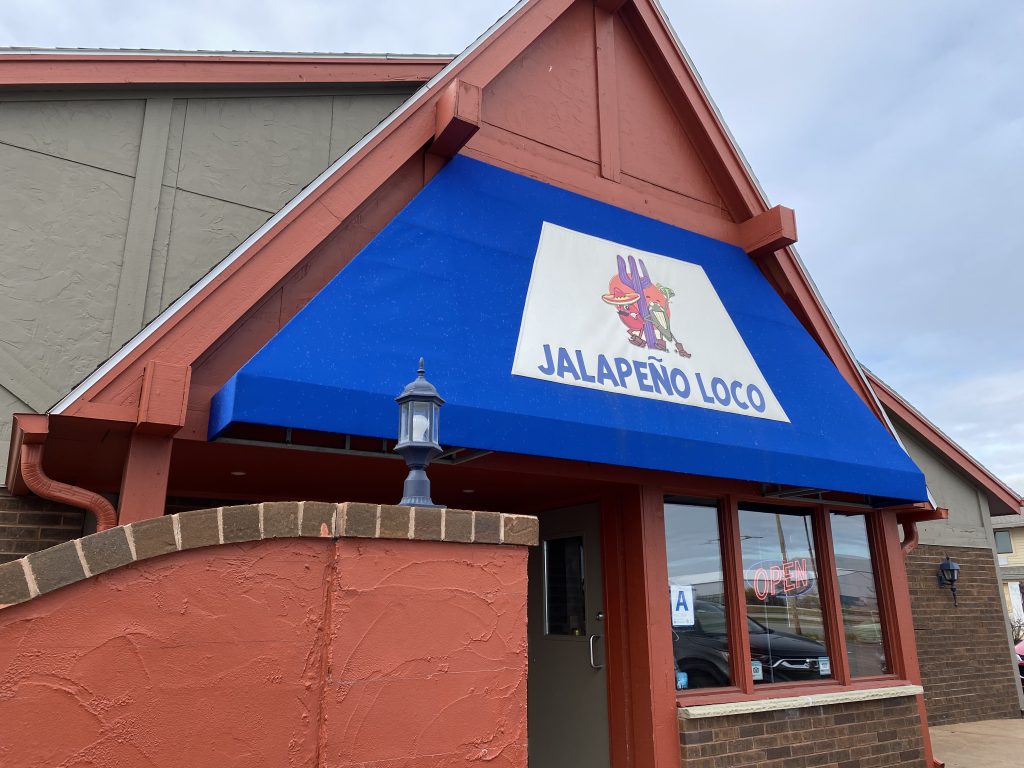 If you crave Mexican food and want to go beyond tacos and tortas, make a run to Jalapeño Loco across from the airport on S. Howell Ave. I think Jalapeno Loco serves the best moles and some of the most unique Mexican cuisine in the greater Milwaukee area.

Owner Hugo Saynes hails from Oaxaca, known as the land of seven moles, and his expertise in the creation of the moles served at his restaurant is not to be disputed. I ate those moles back in the 1990s when Jalapeño Loco was a hole-in-the-wall eatery in Cudahy. It’s the classic story: “make good food and they will come.” By 2000, with more customers than seats to accommodate them, Jalapeño Loco moved to its present location on S. Howell Ave.

It’s an upgrade, from a small joint to an elegant space with soft lighting, nicely separated tables, and noise softening carpet. Even the bar that’s separate from the dining room has a certain je ne sais quoi. It’s also a restaurant where people come to celebrate birthdays. You get a free dessert and a serenade, an enthusiastic Compleanos Feliz.

The extensive menu includes many traditional dishes such as the Fajitas Chirriantes or Sizzling Fajitas. The presentation of this dish at our table was a scene. Steam and sizzle saturated the air as the server delivered a plate that overflowed with tender skirt steak, caramelized onions, and sauteed peppers. Next came rice and beans and the usual accruements, sour cream, guacamole, and pico de gallo. You can also order chicken, shrimp, or a combination, if you are looking for variety.

More Los Tradicionales include Pork Ribs in Salsa Verde, Grilled Chicken Quesadilla, Chile Rellenos, Chimichangas, and Flautas. There are more: Burritos: Tostados; Tacos; Enchiladas; and a number of combinations of the aforementioned dishes.

Here’s the best part of the menu, the Especialidads de la Casa. That’s where you will find the moles and I can vouch for the three I ordered. First, Mole Oaxaqueno, with 20, that’s right, 20 ingredients went into the creation of this dark rich mole. Two chicken breasts were swimming in a tangy spicy sauce which paired perfectly with the tender juicy chicken.

It came with the usual rice and beans. Here’s where I need to give a shout out. You don’t come to Jalapeno Loco for the beans, but these beans were special. They could have been cooked over a fire in a Mexican cocina, they were that good. A hint of char and a complex flavor not often found in the common pinto bean left me wanting more.

We paired our second mole, Mole Verde made with green leafy vegetables, serrano chiles, green tomatoes, and pumpkin seeds, with pork. This mole was mild and tasted like a healthy blend of those green vegetables plus the addition of many spices. Four crisp pieces of pork were delicious, especially when they were sliced and wrapped in a flour tortilla with plenty of the green mole.

Mole number three, the Coloraditas, gets its red color from ancho chiles and tomatoes. It had a mild flavor, something like a basic red sauce, which it is. It came to life when it was used to sauce chicken enchiladas topped with melted cheese, cilantro and chopped onion.

For something truly unique, you can order Shrimp Gabardina, also from  the Especialidads de la Casa, which is five super-sized shrimp stuffed with Chihuahua cheese, wrapped in bacon, and accompanied by sauteed green peppers. The shrimp took on some of the bacon flavor and who doesn’t love bacon in any form, especially when it’s wrapped around five giant shrimp. There was also a bed of rice and a mild white sauce to complete the dish.

You don’t want to leave without dessert. The Pastel de Tres Leches and the Pastel Impossible are not to be missed. The tres leches, or three milk cake, was frosted and decorated which made it beautiful as well as rich, moist, and decadent. As for Pastel Impossible, chocolate cake was topped with rich creamy flan and an additional layer of caramel. Delicious.

Remember Jalapeño Loco when it’s time for your birthday. You will get a delicious meal, a scrumptious complementary dessert, and an extravagant birthday serenade in Spanish. 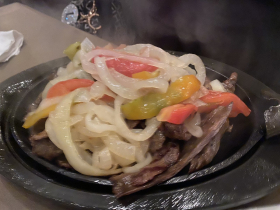 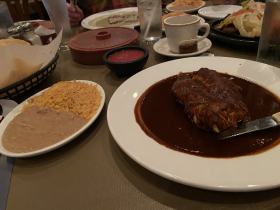 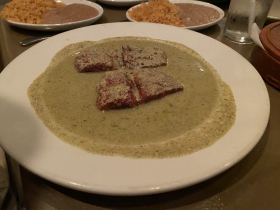 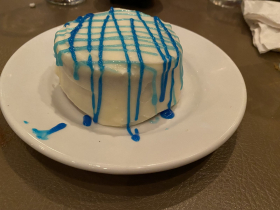 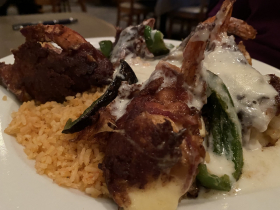 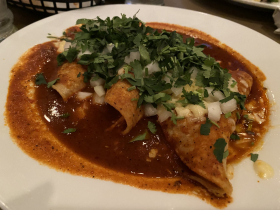 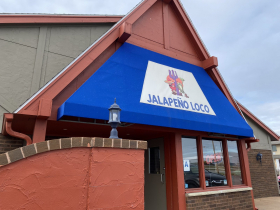 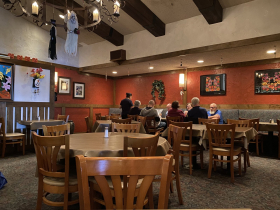 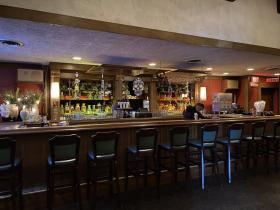 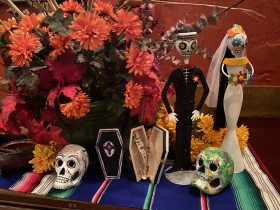