Union has authorized a strike while declining "final" offer from MCTS. 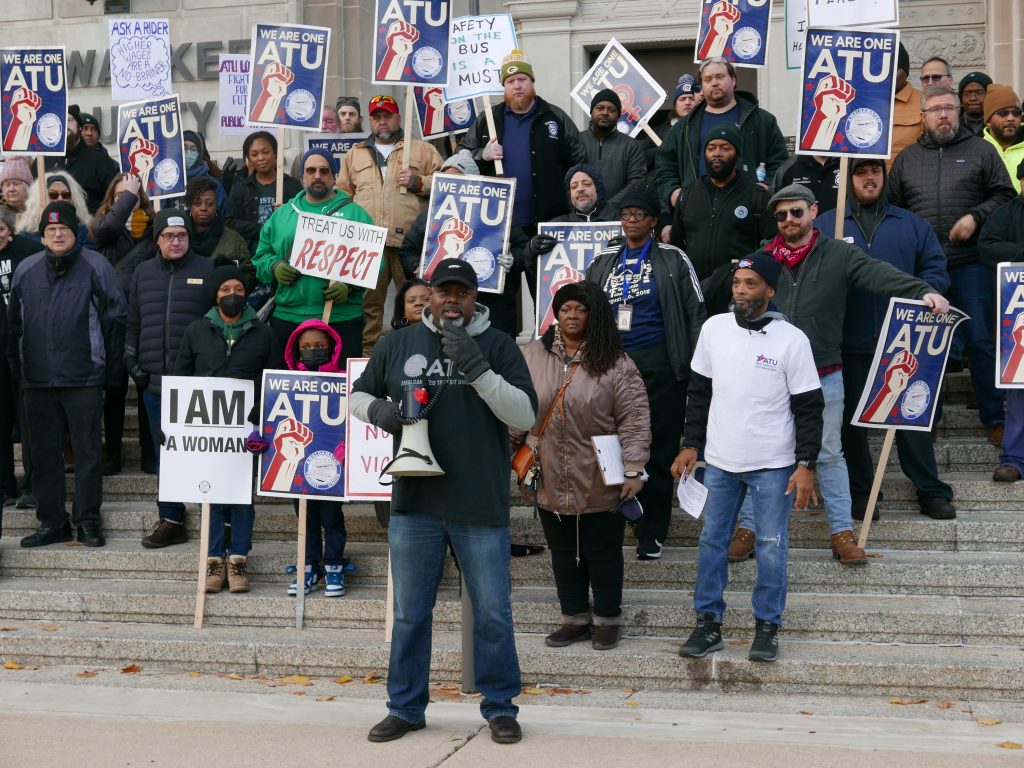 In October, members of the Amalgamated Transit Union Local 998 (ATU) voted to reject a final contract offer from MCTS and also voted to give union leaders the authority to call a strike. The union has been negotiating a new three-year contract with MCTS since April.

Since rejecting the final contract offer, the union has said that the wage increases and healthcare costs are untenable for the workers, specifically, that workers feel the proposed healthcare plan cancels out the wage increases. Additionally, the union has been saying that the contract will do nothing to address the transit systems ongoing struggle to retain employees.

“We want to draw a line in the sand and bring transit back to what it used to be,” said Donnell Shorter, president of ATU Local 998. “This is their opportunity to do that.

The last time ATU bargained a contract negotiations went on for nearly two years and, shortly before a contract was agreed to, the union authorized a strike. The transit union last went on strike during contract negotiations in 2015, the first strike since 1978. As transportation workers, ATU is exempt from restrictions on collective bargaining passed as part of the 2011 Act 10 legislation.

Negotiations continue, and Shorter told Urban Milwaukee the union has meetings set up with the transit system for later this month.

MCTS has been struggling with declining ridership — and farebox revenues — for years. But the problem was greatly worsened by the arrival of the COVID-19 pandemic, and the system has yet to see ridership return to pre-pandemic levels. It has been using federal pandemic stimulus funding to plug holes in its budget, only to see state aid cut and now faces a projected $20 million budget deficit by 2025.

Get a daily rundown of the top stories on Urban Milwaukee
Bus operators and a number of supporters marched from marched to the courthouse from their union hall near the intersection of N. 26th Street and W. Wisconsin Avenue. They were joined at their rally by three county supervisors (Steven Shea, Ryan Clancy and Peter Burgelis) and representatives from the Milwaukee Teachers Education Association (MTEA) and UAW Local 180 in Racine. Members of Local 180 working at the Case New Holland plant have been on strike for more than six months.

“These buses are still moving,” said ATU Vice President Michael Brown. “I’m trying to stop the strike. So this is my message to you, please give us a fair contract.”

Since authorizing the strike, union members and leaders have pointed to transit workers’ effots throughout the COVID-19 pandemic to keep the system running. “We took care of you,” Brown said. “Now we need you to take care of us.”

The union is pressing MCTS and the county to increase their offer on wages, saying that increases in health care costs have eaten into wage increases over the years. On top of this, the union has been asking for improvements to security on the buses. At a recent county board meeting, a number of operators shared personal stories of being assaulted on the bus and decried the current private security which they say is powerless.

All this is contributing to an unsustainable rate of attrition for the transit system, which has hired and trained hundreds of new operators in recent years but has been unable to bring its staffing level up to the number needed to run the system as operators quit just as fast as new ones are hired. This has led to several routes and bus services being canceled for lack of drivers.

Shorter said the transit system continues to offer a signing bonus for new operators in this latest contract, but said, “There has to be something behind it to keep them.”