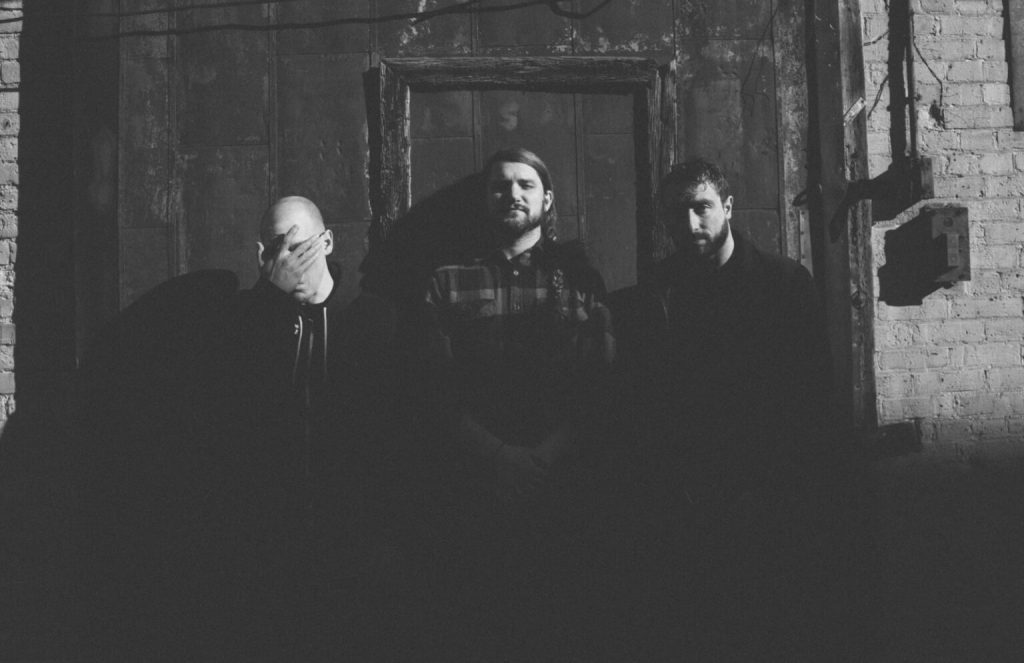 If planet Earth’s cries for help were translated into the frantic melancholy of Midwestern screamo music, it would sound like Snag.

Formed in 2016, Snag hit Milwaukee’s DIY music scene with songs riddled with lyrics about climate anxiety and social justice. The band is made up of a trio who have been around Milwaukee’s punk scene for over a decade — Sam Szymborski plays guitar, Peter Murphy plays bass and Bryan Wysocki plays drums. All three contribute vocals to the project. The band half-jokingly described itself as a “climate-core” band – a playful label that would stick for years to come as journalists attempted to describe the band’s sound.

“Climate change is a very real and intense subject matter and we thought it paired well with the genre of music – it was something we always feared and talked about,” says Szymborski.

Snag released a self-titled EP in 2017, instantly establishing themselves in Milwaukee’s punk scene as a band to watch. The six gritty songs tackled heavy subject matter like climate change, the Enbridge oil spills in the Kalamazoo River and police brutality. Sampled audio of broadcast news reports and whistleblower documentaries contextualized the emotive screaming — meanwhile, the guitar riffs fluctuate between spastic and twinkly. It’s the kind of music that aims to inspire not just emotion, but action within the listener.

In December 2017, Snag released a split EP with Social Caterpillar, a dark folk band who shared the stage with Snag for the band’s debut show at Circle A. Titled A Dying Emperor Within A Dying Empire, Snag’s half of the split – two songs that would go on to become fan favorites during live sets – feels like a fine-tuned extension of the band’s debut EP. Snag’s half starts off with a sample from the 1971 film Punishment Park that would become an iconic opening to the band’s live sets, where the character Jay Kaufman rants, “You want me to tell you what’s immoral? War is immoral! Poverty is immoral! Racism is immoral! Police Brutality is immoral! Oppression is immoral! Genocide is immoral! Imperialism is immoral! This country represents all of those things!”

Snag would descend into a heavier sound for another split EP in 2018, this time with Swallows Nest – a band based out of New Zealand. The track “Violence” is a roughly five-and-a-half minute onslaught of the band’s heaviest music to date. It served as an indication of the music Snag would create for its 2019 self-titled full-length debut album – where the band weaves the heaviness of that track into the more emotionally-driven songs of its first releases. The self-titled debut would put the national spotlight on Snag, garnering the attention of publications outside of the Midwest.

Snag’s most recent release dropped in 2021. Titled Death Doula, the album plays out almost like a concept album. The collection of songs is interwoven with the spoken poetry of Sevan Arabaijan-Lawson, stringing together tracks that begin to descend deeper and deeper into madness with themes that explore the existential dread brought on by the pandemic.

“Depression, loneliness, missing your loved ones, confidence, hope – we took those feelings and organized them with a rise, climax and fall,” Szymborski says. “These emotions were very prevalent in our lives during the writing process and the pandemic and it just made sense to organize (them) in a narrative way.”

Death Doula would go on to catch the attention of Deathwish Records, as well as make it onto an assortment of “Best of 2021” lists by respectable alternative publications. Snag soon found themselves performing alongside bands that had inspired them to begin playing together in the first place.

“I’ve played music a long time, and it felt very accomplishing being recognized on that level,” Szymborski says. “It was exciting waking up to new reviews and positive feedback from all corners of the internet.”

For now, Snag is laying low and playing a show a month in Milwaukee while the band works on its upcoming split releases. For updates on when those will be released, follow Snag on Instagram or Facebook.