By Christine Hatfield, Wisconsin Public Radio - Jun 21st, 2022 12:58 pm
Get a daily rundown of the top stories on Urban Milwaukee 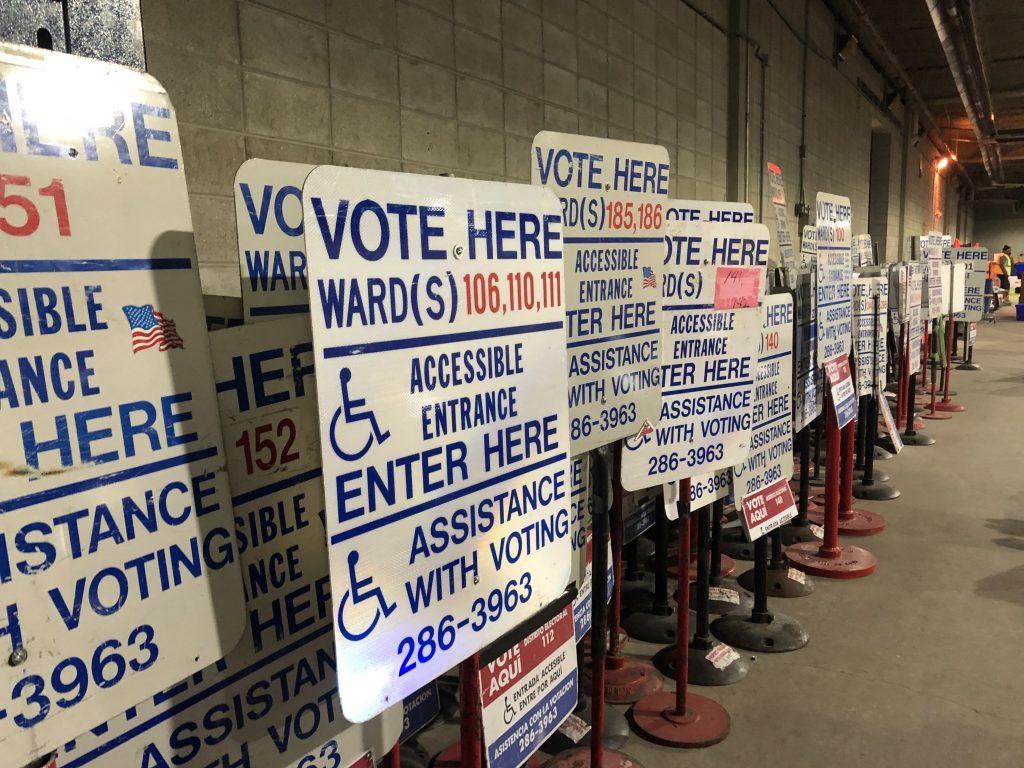 The recently-selected chair of the Wisconsin Elections Commission said Monday he hopes to help restore voter’s faith in the state’s elections, while also declining to comment whether he thought President Joe Biden defeated former President Donald Trump in the 2020 presidential election.

Republican attorney Don Millis was appointed to the WEC on June 8 by Assembly Speaker Robin Vos. Two days later, the six-member board selected him as its new chair over fellow Republican member Bob Spindell, who was one of 10 Republicans who tried to cast false Electoral College ballots for Trump.

Millis takes the place of Dean Knudson, who abruptly resigned as a commissioner on the board last month, moments before a scheduled vote to choose a new chair. At the time, Knudson said Republican Party members had told him they did not want him to lead the body. Knudson has criticized Republicans for not accepting that Trump lost the 2020 election.

In an appearance on WPR’s “The Morning Show” Monday, Millis said he wants to “return to a time in which people could rely on or have faith in the election process.” He said “safeguards” such as voter ID and a statewide voter registration did not prevent challenges to the results of the 2016 and 2020 presidential elections.

“I think there’s less faith in the confidence that elections, election results reflect the true vote than at any time in our history,” Millis said.

“That’s a process in which you rerun the ballots and then you hand count the ballots to see what the error rate (is),” Millis said.

In 2018 and 2020, those random audits covered about 5 percent of voting equipment across the state. Neither audit found issues or anomalies with the machines checked.

“There’s a couple reasons for (auditing),” Millis said. “One is to make sure that the machines are running properly. The other is educational, because despite the best efforts of our clerks, often people will not make marks the way they should.”

Millis previously served on the WEC in 2016 shortly after its creation and replacement of the nonpartisan Government Accountability Board. Millis was appointed at the time by then-Senate Majority Leader Scott Fitzgerald, who’s since become a member of Congress.

Millis also served on the Wisconsin Elections Board decades ago as an appointee of former Republican Gov. Tommy Thompson. That board was replaced by the GAB partly because Republicans were unhappy with a decision from that agency that went against their candidate for governor, then-U.S. Rep. Mark Green. In 2006, Millis was the Green campaign’s lawyer.

Millis said he’s waiting for a final report from Michael Gableman, the former state Supreme Court justice leading a Republican investigation of the 2020 election, before he comments on the results of the election. Gableman has called for the elimination of the WEC. He’s become one of the leading voices amplifying Trump’s false claims that he won the 2020 election. While Gableman has urged lawmakers to consider decertifying the election, election law experts say that move is impossible.

Millis said he’s also waiting for the resolution of multiple lawsuits against the WEC regarding the election’s results, as well as a state Supreme Court decision regarding the use of absentee ballot drop boxes.

“The 2020 election involves all sorts of things,” Millis said. “All I know about the 2020 election, really, is what I’ve read in the news, newspapers and online.”

Millis said complaints about the 2020 election “should be investigated.”

“I’m certainly interested in pursuing anything, any complaint, where there’s an allegation of fraud or a violation of the law,” Millis said.

Millis said he’s open to tightening up requirements for returning absentee ballots. Advocates against a circuit court ruling requiring Wisconsin voters to physically return an absentee ballot themselves have said that rule would prevent many disabled Wisconsinites from voting.

“We want to create uniformity throughout the state so that everyone has the same access to early voting and absentee voting, and we want to do it in a way which is fair,” Millis said. “We don’t want to unreasonably curtail people’s access to the polls … But we do want to maintain election integrity, and so I’d want to know a little bit more about those proposals and what the effect would be.”

Millis was less receptive to the idea of using paper ballots in Wisconsin elections and having them be hand-counted. Wisconsin Republicans supported that idea at their state convention last month.

“It’s going to be very expensive,” Millis said. “The other logistical issue, and I’m not saying it’s not, can’t be overcome, is the time it takes to do that, especially with a primary election … to do a hand count of all those will take some time.”

Millis replaces Democrat Ann Jacobs in the chair position. The chair of the WEC is required to switch between the parties every two years.