By Deneen Smith, Wisconsin Public Radio - Apr 26th, 2022 12:32 pm
Get a daily rundown of the top stories on Urban Milwaukee

The leader of the Wisconsin Department of Revenue said the state is in its strongest financial position in more than 50 years.

“We’re in the best shape we’ve been in fiscally in more than a half century. We’ve got a huge surplus,” he said. “I think back to when I was elected back to the Legislature in 2008, we had structural deficits as far as the eye can see. Now we have structural surpluses.”

Barca said the fiscal turnaround is the result of growing revenue and a bipartisan effort to control expenditures.

Data released by the state Friday showed sales tax revenue increased 12.7 percent in March compared to the same month last year. Corporate tax revenue for March was up more than 40 percent during the same period.

Barca said sales tax data is an indicator of the health of the economy overall.

“Our economists at the Department of Revenue tell us that’s the best barometer of the economy, so being above 12 percent, that’s really a healthy place to be,” he said.

He said corporate revenue growth has remained strong throughout the last three years, and said manufacturing employment is now higher than it was before the pandemic.

Barca cautioned the economy could slow as the Federal Reserve is expected to raise interest rates to combat inflation.

Gov. Tony Evers and the Republican-led Legislature have differed on how to handle the budget surplus,

In January, Evers called for a special session of the Legislature to address the surplus. The governor called for a $150 tax refund for every Wisconsin resident, along with $130 million for child and caregiver tax credits and $750 million for public education in the state.

Republicans rebuffed Evers’ plan, adjourning the special session without debate or action on the plan. GOP lawmakers have previously called the proposal for a tax refund an election-year gimmick. Republicans have instead said they would focus on tax relief in the next budget cycle. 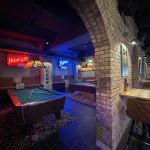 Water Street Brewery Will Reopen as “The Brewery” by Sophie Bolich 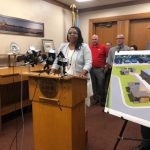 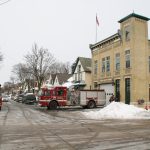