It wasn’t all gloom and doom. The top 12 good news stories of the year. 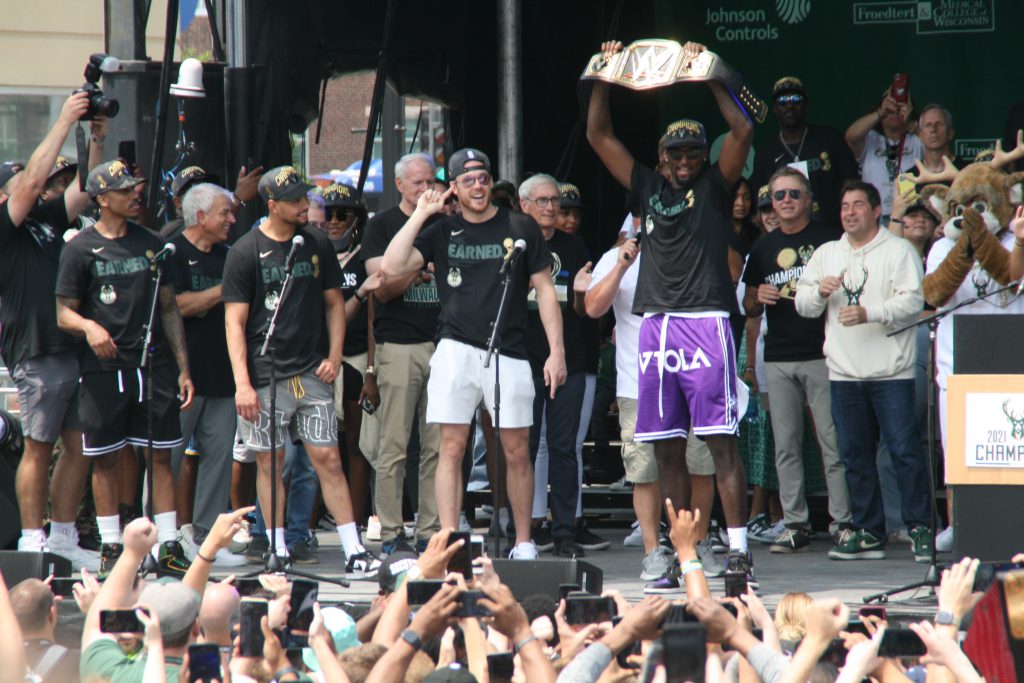 Good news is rare, not because it doesn’t exist but because “news” is pretty much defined as negative. There are exceptions, of course, but when things go right that’s more or less expected and when they go wrong that’s notable.

So, for example, when your city plows the streets beautifully after a blizzard, it doesn’t make headlines. But when the storm hits just before rush hour on wet pavement and the cars beat and polish the snow into sheer ice and then the temperature plummets and it’s too cold for the salt to work, then you never hear the damn end of it. (Just as a random example pulled out of thin air.)

There is also a natural human tendency, of which writers are afflicted with an acute case, to see an emphasis on the negative as sophisticated and worldly while good news geeks are considered naive.

But there has been good news this year and some of it is profound. Here are just some examples.

The COVID vaccines. Scientists developed incredibly effective and safe vaccines in under a year, a process that up until now typically took five to ten years. Sure, I’m at my wits end about folks who refuse to be vaccinated, but 200 million Americans, or about 60% of us, have gotten poked in about a year’s time. That, in itself. is a logistical accomplishment. All of this bodes well for the next pandemic and perhaps for other medical breakthroughs.

Omicron. Omicron?! We’ll have to wait and see, but some are starting to wonder out loud if this highly-catchy variant isn’t the last gasp for the pandemic. Maybe it’ll finally get us to herd immunity or, more likely, simply get us to a point where we learn to adapt and live with it. I’m looking forward to the day — I’m going to bet on April — when the pandemic is no longer the lead story on the evening news.

The infrastructure bill. Washington pols have talked about this for over a decade, but this year it was accomplished — and on bipartisan votes in both houses. Nonetheless, my party has honed the skill of negative marketing so well that it has managed to define itself by the failure of Build Back Better, while not taking enough credit for improving roads and Internet service. But Democrats did, in fact, get this done and it’s even better that a bunch of Republicans came along.

The child tax credit. This provision, tucked into the Democrats’ $1.9 trillion COVID relief bill, has been projected to reduce child poverty by almost half. It’s taking what I hope is a hiatus (it expires this month) while President Joe Biden tries to salvage something from BBB, but it was a very significant accomplishment that needs to be made permanent. Just step back for a minute here. What if Democrats could run on fixing your roads, improving your broadband, giving you a tax break and lifting millions of kids out of poverty? Not a bad year’s work, folks.

The economy. For the first time in decades labor has leverage. Employers are begging for workers, pushing up wages and giving unions new life. The unionization of a Starbucks store in New York might be the leading edge of things to come, as the labor shortage was a trend that predated COVID. A long-time problem in our economy is that too much of the increase in productivity went to capital and high-end earners and not enough to those on the frontlines. This year brought some hope that this might finally reverse.

Joe Biden. A year ago Donald Trump was still president. Now he’s not. Sure, Biden’s had his struggles but he doesn’t Tweet insults all day. I could go on, but it’s obvious. For four years we had a man in the White House who even his supporters didn’t want their children to emulate. Now, we’ve got a man there, whose policies you may not always agree with, but whose character is not in question.

Brian Hagedorn. He didn’t come though on the early redistricting decision, but the Wisconsin Supreme Court justice is not a reliable conservative vote. He really does seem to want to look at the legal issues and get to the right decision. This year he departed from his conservative colleagues on significant issues more than once. I don’t have much trouble with justices having ideological leanings so long as they put them aside in the face of strong arguments on the other side. Frankly, I’d like to the liberals on the court do the same.

Redistricting. Redistricting?! Speaking of Brian Hagedorn, he went along with conservatives in their decision that new Legislative and Congressional district maps must hew closely to the current, heavily gerrymandered ones. But Gov. Tony Evers came back with a clever set of maps that actually have less deviation from current maps then the Republican version, and yet project the same partisan split in the Assembly as his People’s Maps Commission effort. True, that would still give the GOP a 55-44 edge, but it’s better than the current 61-38 split. And by apparently meeting the conservative court members’ own criteria, he’s given Hagedorn another chance to do the right thing.

Milwaukee sports. The Bucks won their first NBA championship since I was in grade school and the Brewers won 95 games when nobody figured them to be much better than middling. (Middling did catch up with them in the playoffs.)

Aaron Rodgers. Yeah, well, okay so a mixed bag here. But he’s winning now, and on a sore toe. And he’s starting to sound like a guy who might want to finish his career playing in the snow, after all. The beautiful mystery may be becoming more clear.

Stuff coming back. It had its fits and starts and too many small businesses didn’t make it, but I’m amazed at all the business and institutions that remain standing even after the shut down. Not the least of which is this one. Isthmus still stands and, once a month, it’s even back in print, putting the paper back in newspaper. A year ago that was far from a sure thing.

Of course, this is just a quick survey. There’s a lot more good stuff that happened. Feel free to add stuff I missed in the comments section.