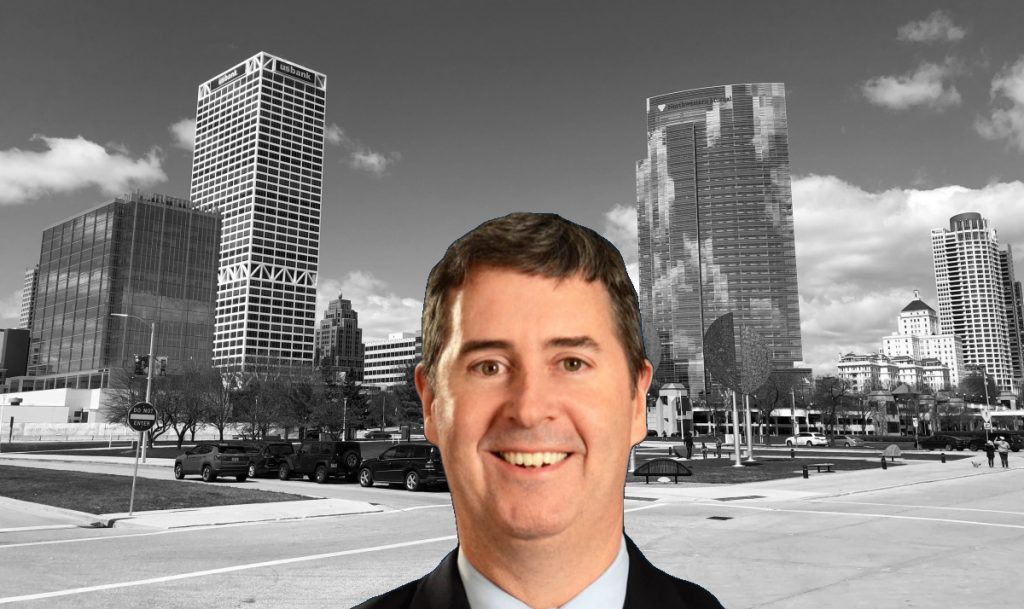 Joel Brennan is leaving his powerful post in Governor Tony Evers‘ administration to become president of the Greater Milwaukee Committee.

Brennan, a Milwaukee native, is currently Secretary of the Department of Administration. He was appointed to the post in Dec. 2018 and has commuted to the job from Milwaukee.

“One of the things I’ve learned over the past three years is to have a bias toward taking action and doing whatever you can to move our community forward. I’m honored to lead the GMC and build on the initiatives established by Julia Taylor and the GMC,” said Brennan in a statement. “The GMC has a tremendous track record of accomplishment over its long history that provides a solid foundation to make an even greater impact on the challenges facing our community.”

The GMC is made up of approximately 200 Milwaukee area CEOs and other leaders. The organization was founded after World War II to foster a civic recovery and has been involved in a number of large, regional bricks-and-mortar projects.

Brennan’s role at the state has included leading budget negotiations with the Republican-controlled Wisconsin State Legislature and renegotiating the Foxconn deal. His resignation comes as Evers is gearing up for a competitive reelection bid.

Get a daily rundown of the top stories on Urban Milwaukee
“Secretary Brennan has been a part of my administration since the very beginning, and I want to thank him for his service to the people of Wisconsin over the last three years,” said Gov. Evers. “Especially over the last 19 months, the Department of Administration has been a critical partner in supporting our state and our economic recovery efforts, and I wish Secretary Brennan and his family all the best.”

Brennan, prior to his role at the state, led Discovery World for almost 12 years and prior to that led the Redevelopment Authority of the City of Milwaukee.

“I am grateful to Governor Evers for his trust throughout the last three years as he tasked the Department of Administration with executing his vision for what state government can and should do for the people we serve and for his support as we faced the unprecedented challenges of the pandemic as a department and a state,” said Brennan. “It has been an incredible honor to serve the people of Wisconsin and the Evers Administration throughout this time as we have worked to build a Wisconsin that works for everyone.”

Evers announced that he is appointing another cabinet member, Department of Financial Institutions Secretary Kathy Koltin Blumenfeld, to replace Brennan. Koltin Blumenfeld will assume her new role on Jan. 17. She will be replaced by deputy secretary Cheryll Olson-Collins.

“Secretary Blumenfeld has been an incredible partner and leader at DFI since the beginning of my administration, including during the pandemic, providing guidance and steady leadership for Wisconsin’s financial institutions and the financial well-being of folks across our state,” said Gov. Evers. “I know she will bring the same sort of strategic and dependable leadership to the Department of Administration, and I’m really looking forward to her serving in this new role.”

The GMC search process for a new president was led by selection committee co-chairs Gregory Wesley, Mary Ellen Stanek and Cristy Garcia-Thomas. The organization said there was a diverse pool of applicants.

“Joel Brennan brings an incredibly unique skill set and track record of success in both the public and private sectors, all of which made him the strongest candidate to fill this role,” said Wesley, senior vice president, strategic alliances and business development at the Medical College of Wisconsin. “He’s well suited to advance the GMC’s mission of building better communities and improving the lives of all people in southeastern Wisconsin.”

The GMC has an office in the Global Water Center in Walker’s Point. It generated $2.75 million in revenue in 2020, of which approximately $1.2 million came from membership dues.