By Melanie Conklin, Wisconsin Examiner - Dec 8th, 2021 05:14 pm
Get a daily rundown of the top stories on Urban Milwaukee 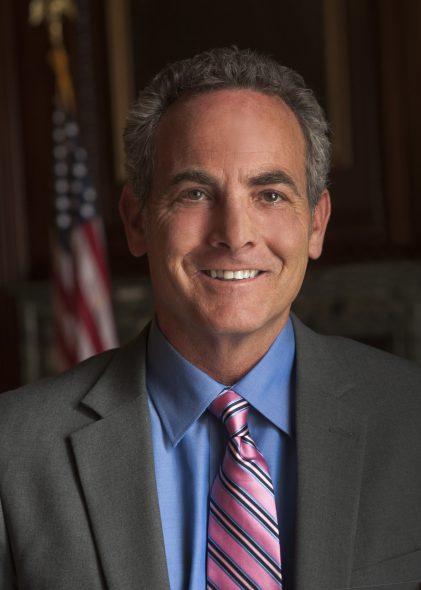 Long time Sen. Jon Erpenbach (D-West Point), 60, announced his plans Wednesday not to run for re-election to the 27th Senate district, which includes much of western Dane County, along with parts of Green, Sauk, Iowa and Columbia counties.

“Today I announce I will not seek re-election to the State Senate. Representing the 27th Senate District has truly been an honor and I have been humbled by those who have placed their trust in me to represent their values in the legislature for over 20 years,” he tweeted.

Erpenbach, who was a central figure during the Act 10 protests, made just a few further comments thanking family and friends, adding this: “I would also like to thank all of the dedicated public employees from every state agency that work hard [every] day to help legislators like me & the constituents we represent.”

The 22-year veteran senator made health care policy one of his areas of expertise, pushing hard to expand BadgerCare and get all Wisconsinites covered by quality, affordable insurance, in his roles on both the Senate Committee on Health and the powerful Joint Finance budget committee and as author of Democrat’s Healthy Wisconsin plan. Among his most public successes, however, was authoring and implementing Wisconsin’s Do Not Call legislation in 2001, two years in advance of a national list allowing people to opt-out of telemarketer calls.

Often called ‘Erp,’ in the Capitol, he is among Wisconsin’s biggest Bruce Springsteen fans. The area he represents is a heavily Democratic district.