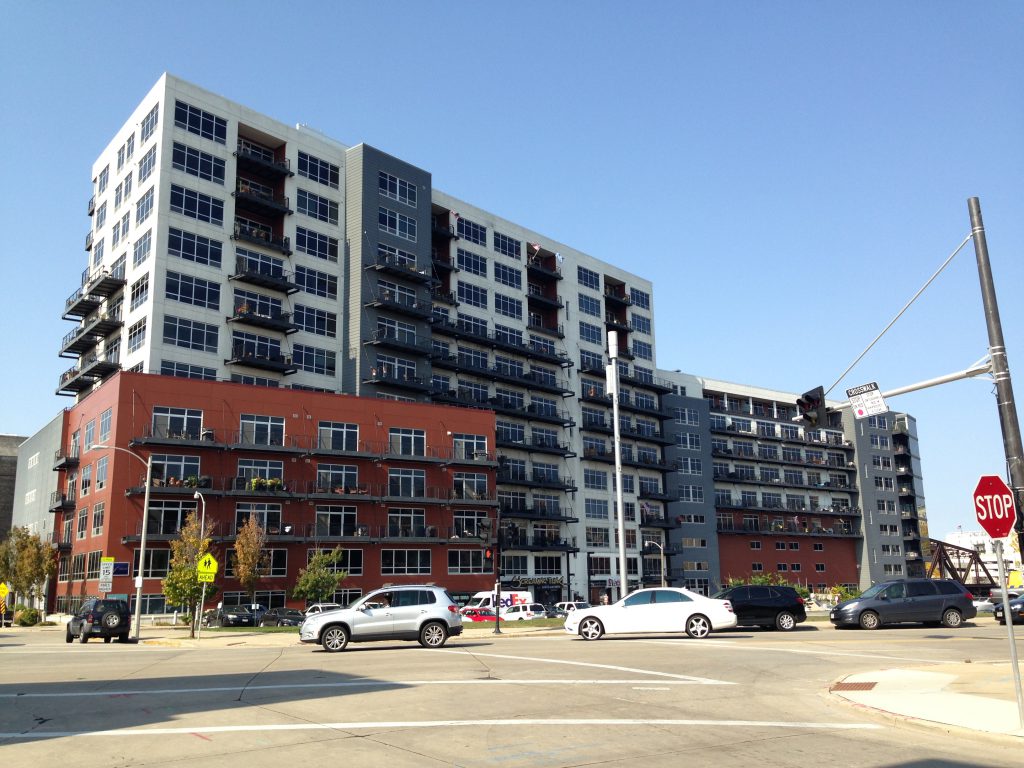 A new event venue is slated to replace the shuttered tiki bar, The Love Shack, at 106 W. Seeboth St.

The 2,300-square-foot venue would be located on the first floor of the 12-story The Point on the River condominium complex in Walker’s Point. It would occupy a riverwalk facing stall immediately northwest of Screaming Tuna restaurant.

Northern Lights Photo Studio owner Robert Popp would own and operate the new venue. The photo studio is located on the building’s second floor.

The creation of the venue, referred to as Northern Lights Event Space, would include modifications to the 800-square-foot mezzanine level. A bar and two walls would be removed and new audio/visual equipment installed according to a Department of City Development report.

An 800-square-foot balcony would yield a different northern view than what the aurora borealis-inspired name suggests. The balcony overlooks the downtown skyline and confluence of the Milwaukee and Menomonee rivers.

The maximum capacity would be 120. Valet parking would be used for any events.

The Common Council needs to amend the 2004 detailed planned development zoning package that allowed the condominium complex’s construction because it does not currently allow for an assembly hall as a permitted use.

Get a daily rundown of the top stories on Urban Milwaukee
Does Popp already have a wait list for events?

“Not yet, but I think it’s going to happen,” Popp told members of the Zoning, Neighborhoods & Development Committee on Tuesday morning. Area alderman Jose G. Perez chairs the committee.

Popp expects to book a wide variety of events, some originating from within the building.

“Wedding, corporate events, private events. I’ve gotten a lot of feedback from the condo owners that have an interest in parties,” he told the committee.

“Good. If they’re organizing the parties they can’t complain to me,” said the alderman with a laugh. The condominium association submitted a letter endorsing the zoning change.

The committee unanimously endorsed the rezoning, as did the City Plan Commission on Monday afternoon.

There are currently five commercial condominiums on the first two floors of the 12-story building totaling 7,460 square feet of space. In addition to Screaming Tuna and the two Northern Lights stalls, there is a second-story dental office, First Place Dentistry, and a first-floor therapy practice and wellness center, Elle Studio + Wellness.

The complex is only 15 years old, but the tavern space has seen its share of tenants. It was Cafe Luna + Lounge, 106seeboth, Wine Maniacs on the River and The Love Shack. None lasted four years, with The Love Shack and 106seeboth each making it for only one year. The space has been vacant since 2018.

Eppstein Uhen Architects is leading the design of the new venue. Johnsen Schmaling Architects won an American Institute of Architects (AIA) award for the original build out for Cafe Luna.

The condo development, which was subject to a foreclosure case during the Great Recession, was created from a former cold storage warehouse.

It is now the fourth most valuable condominium complex in the city, with a combined assessed value of $70.6 million and an average unit value of $470,640.

The full council is slated to vote on the zoning change on Dec. 14. Northern Lights would also need to secure a liquor license from the council.

Once open, guests at Northern Lights will be able to look across the river at another event venue: The Starling. The proposed venue is to be located in the River Renaissance building at 105 N. Water St.