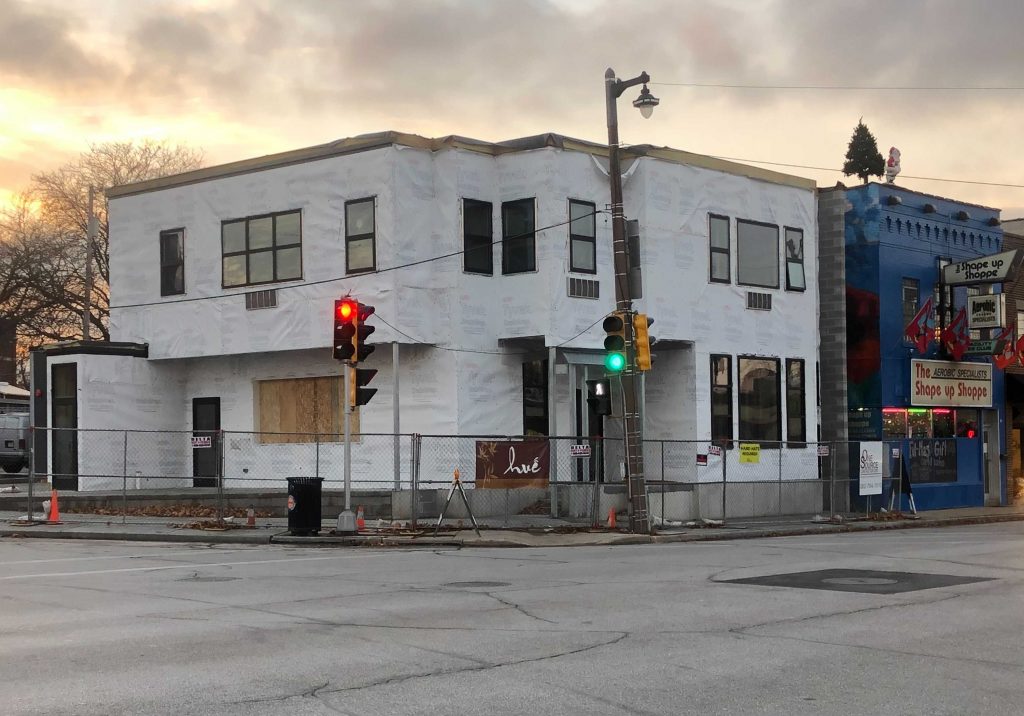 Hue Vietnamese Restaurant is on the move, but not far.The restaurant, 2691 S. Kinnickinnic Ave., is moving two doors south to a dramatically redeveloped building.

The lower floor will serve as a new home for the restaurant, merging the old building with the new. A building permit indicates the finished project will contain 4,320 square feet of space.

The work, which started in late spring, is expected to be completed in the coming months.

Get a daily rundown of the top stories on Urban Milwaukee
Often projects involve zoning hearings, public meetings and delays from one source or another. But for Hue, a project was put together that avoided almost any legislative approvals by reusing the existing building, relocating an existing business and complying with any zoning regulations. The result is a project that will be less costly to develop and more quickly completed.

But, the Hue owners still will need to have the council approve a liquor license relocation and secure a special use permit for outdoor storage from the Board of Zoning Appeals. It’s not as many hoops as the developer of the proposed apartment complex to the south is jumping through, but still not a libertarian’s dream.

The existing building was constructed in 1956 according to city records. At one point the automotive service company Smith Standard Service occupied the property. The building was later used as a newspaper distribution hub, with the Milwaukee Journal Sentinel selling the property in 1998 for $40,000. 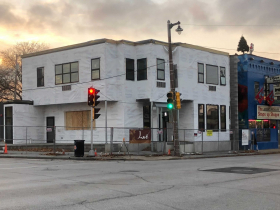 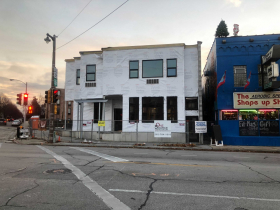 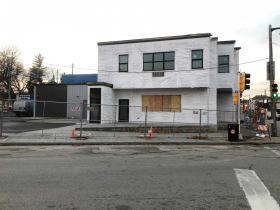 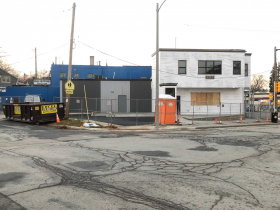 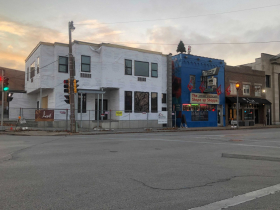 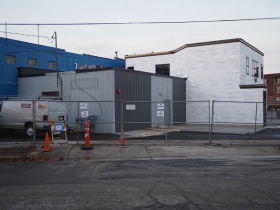