Poverty Worsening For Some In State

By Isiah Holmes, Wisconsin Examiner - Nov 20th, 2021 03:32 pm
Get a daily rundown of the top stories on Urban Milwaukee 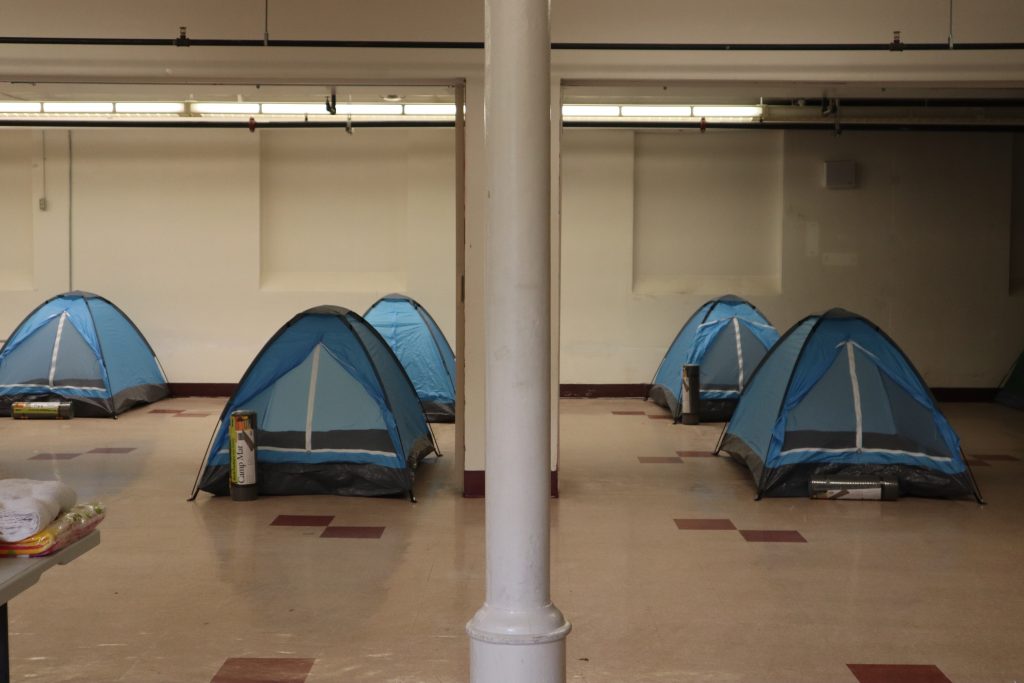 Poverty was under the microscope at a press conference in the Capitol on Thursday. Framed around a recent study tracking the effects of COVID-19 on the economy, food and housing, the gathering of elected officials and advocates highlighted the worsening struggles of low-income residents of the Badger State

Rep. Lisa Subeck (D-Madison) was joined by other elected officials, representatives from the Wisconsin Community Action Program Association (WISCAP), and people affected  by poverty. “Nearly one in eight adults with children in our country reported not having sufficient food in the last week,” said Subeck. “Food hardship peaked in December of 2020, but continues to be widespread. We have not recovered. Our families, our senior citizens have not recovered and are still facing food hardship.” In Wisconsin, she said, data compiled by the Center for Budget and Policy Priorities shows 5% of adults report that their household has not had enough to eat. And 6% of adults have reported that children in their households were not eating because they couldn’t afford food. “That’s startling,” said Subeck. “That means — to put some numbers behind that — that means that 70,000 households in Wisconsin have children who did not eat because their family could not afford food.”

The study found that, nationwide, one in four adults have “difficulty covering usual household expenses.” In Wisconsin, between Sept. 15 and Oct. 11, the number was  825,000 people, or about 21% of the population. The report also highlighted that one in six renters nationwide are not caught up on rent payments. In Wisconsin, the estimated average came out to 125,000 people, or about 10% of the renting population. Subeck said her office often hears from constituents who have  difficulty keeping up with rent.

“One in five families with children who rent are currently behind on their rent,” said Subeck. “Greater than one-third of children living in rental households face either food or housing hardship, or both.”

The specter of economic hardship hovered over  the pandemic, and continues to linger. Job loss made it more difficult for people to pay their rent, leading to a wave of evictions throughout the state. In Milwaukee, many of these evictions were filed by a handful of landlords notorious for providing substandard housing. Even as 2021 draws to a close, many organizers and advocate organizations continue to see the trend play out. In early October, the housing advocacy group Street Angels released its own data gathered through direct street outreach. Those numbers indicated that at least 180 people were currently living unsheltered in the city.

Organizers from the Milwaukee Autonomous Tenants Union have encountered recently evicted people living in their cars. In late 2020, the group held rallies and protests to bring attention to rising eviction rates. In Milwaukee County, evictions were up 26% in June 2020. Milwaukee County eventually adopted a program to provide a right to counsel for tenants facing eviction. Regardless, the tenant union continues to encounter new threats of eviction.

Street Angels often encounters people in secluded areas. Although highly visible encampments are becoming less common, one has endured in Milwaukee’s King Park for over a year. The numbers fluctuate day to day, peaking during the summer months at several dozen people. As the winter has drawn closer, however, Milwaukee County outreach teams have worked to get many of the King Park residents off the street. Some $4 million in American Rescue Plan Act (ARPA) funds were allocated in the Milwaukee’s city budget for affordable and sustainable housing initiatives.

At the press conference Thursday, Sen. Jeff Smith (D-Brunswick) echoed many of Subeck’s points. “We know that the COVID-19 pandemic has made it extremely difficult for families to make ends meet,” said Smith. “The challenges spurred by the pandemic have only created emotional and economic stress that have affected all Wisconsinites. It’s past time for state leaders to step up.” Subeck stated that new legislation will be introduced in the form of an updated Wisconsin Opportunity Act to help address some of these issues.

The act includes several provisions aimed at mitigating the worst impacts of poverty. It calls for housing initiatives including a critical assistance program, housing assistance program and state shelter subsidy grant program. It also provides a framework for job and business development programs, as well as initiatives geared toward skill enhancement. Transportation, child care, and lack of access to health care are also addressed by the Wisconsin Opportunity Act.

Brad Paul, executive director of Wisconsin Community Action Program Association (WISCAP), said that one in 10 Wisconsinites lives in poverty — a consistent figure, even before the pandemic. Furthermore, he said, the poverty level is “artificially low” as WISCAP deals with many struggling people “outside of that official measure.” Paul added that, “We have 17,000 kids that the Department of Public Instruction has identified as homeless in the last year.” That’s in every Wisconsin school district.

“These are kids who largely are living in motels week to week,” Paul explained “They’re living doubled up with family or friends for lack of an alternative. And they fall off the radar. Because the official definition of homelessness by the Department of Housing and Urban Development, which is where most of the housing comes through, obviously, doesn’t count those kids as homeless.”

Paul added that  320,000 renters in Wisconsin  are paying more than half their limited income on rent. He described those 320,000 as people who are right on the verge of being unhoused. “The pandemic has done a couple of things for us to understand this issue,” said Paul. “Poverty existed long before the pandemic. … And it’s become common to hear people say the pandemic has revealed the extent of poverty. It’s true, but it’s existed before. And what, to my eyes what it’s really done, not so much that it’s revealed poverty — it’s told us that we have to get bolder in our response to it. So we’ve got to think big. No more sort of moving the advocates here and there. We have to think big if we are going to respond to the moment which is getting worse as a result of the pandemic.”

“The truth of the matter is until we have things like a right to housing, universal health care, livable incomes, until we have those larger structural economic security pieces in place, we’re not going to do anything about poverty in a grand way,” Paul said. “But while we try to get ourselves in that place, what we can do is things like the Wisconsin Opportunity Act that are going to mitigate the immediate effects of poverty, help us get people stabilized, and then move on to some solutions.”

Report: despite improvements poverty is worsening for some in Wisconsin was originally published by the Wisconsin Examiner.