First NBA champion to be honored since 2016. 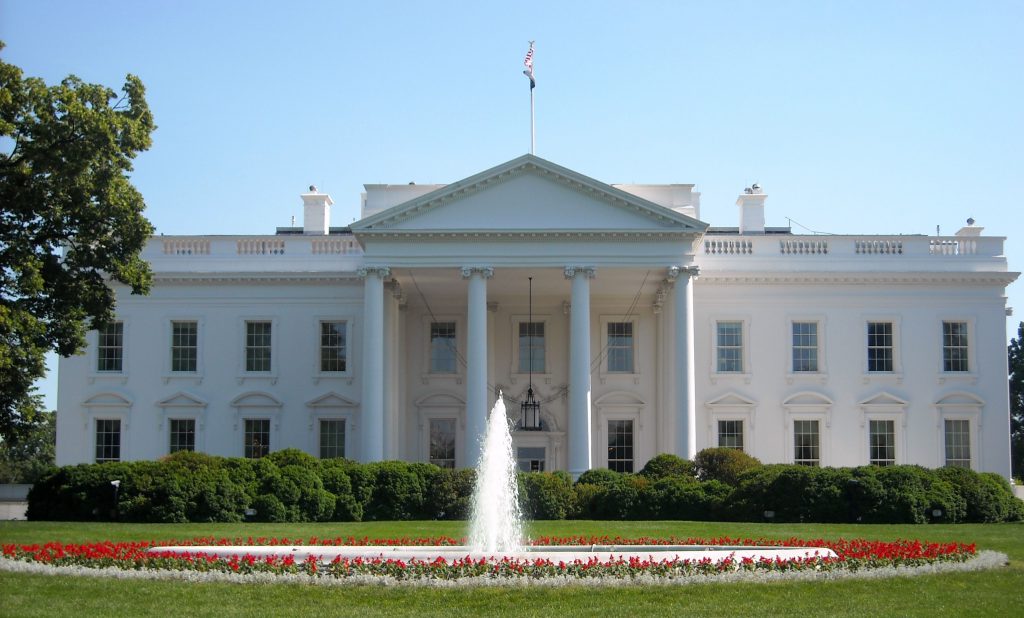 The Milwaukee Bucks became the first NBA champions to visit the White House since 2016 on Monday.

During a short ceremony, President Joe Biden talked about watching fans in the Deer District during Milwaukee’s postseason run, and he praised the team for never giving up — despite going down 0-2 in two playoff series.

“You represented yourselves, your families, your organization and a great American city by staying true to who you are,” Biden told the team.

The president also complimented the team on its work off the court — from encouraging fans to vote and get vaccinated to the team’s actions in the wake of the police shooting of Jacob Blake in Kenosha. Biden thanked point guard Jrue Holiday and his wife, soccer player Lauren Holiday, for speaking out about the importance of vaccines.

“The first time an NBA championship team visited the White House was in 1963 when President Kennedy hosted the Boston Celtics,” Biden said. “A few months later, in August, Bill Russell returned to Washington, this time to stand on the steps of the Lincoln Memorial to hear Dr. King and his speech, ‘I Have a Dream,’ in front of the whole nation. Today, I’m honored to welcome the Milwaukee Bucks to continue that tradition.”

This afternoon, I’m hosting the Milwaukee Bucks at the White House. I’m looking forward to celebrating their 2021 NBA Championship and their work off the court to move our nation forward.

Finals MVP Giannis Antetokounmpo escorted Biden to the podium before the ceremony. The president highlighted the many challenges Antetokounmpo overcame on his journey to success. And in his own speech, the superstar player talked about just how far he’s come.

“A kid from Sepolia, Athens, Greece. Grew up from two Nigerian parents. They were struggling every day to provide for us. Illegal in a country that they didn’t call home at the time. It’s an unbelievable opportunity to be able to be in the White House, meeting the president of the United States,” Antetokounmpo said.

“For everybody out there, this is a great example that with hard work, with sacrifices, if you dedicate yourself, waking up every single day and try to get better in anything you do, in anything you love, and believe in your dreams, you can accomplish great things in life,” he said. “I’ve done that my whole life, and I’m in the White House. This is awesome.”

“From Sepolia to The Oval Office.”@Giannis_An34 and the 2021 Champion @Bucks arrive to The @WhiteHouse. 🏆 pic.twitter.com/fZ05Ao0WVv

Monday’s ceremony ended with the Bucks presenting an honorary jersey to Biden.

The Bucks are the first team to visit the White House after winning a title since LeBron James and the Cleveland Cavaliers met with President Barack Obama. The Golden State Warriors won consecutive championships in 2017 and 2018, but President Donald Trump rescinded their invitation for a ceremonial visit after players and coaches publicly disagreed with his views. In 2018, the team visited the National Museum of African American History and Culture instead.

The Toronto Raptors won an NBA title in 2019, and they quickly stated they weren’t interested in visiting the White House. The Los Angeles Lakers couldn’t make a ceremonial visit in 2020 due to COVID-19 protocols.

The Bucks lost to the Washington Wizards on Sunday night. They play the Philadelphia 76ers on Tuesday as they continue their East Coast road trip.