By Laurel White, Wisconsin Public Radio - Nov 3rd, 2021 11:46 am
Get a daily rundown of the top stories on Urban Milwaukee 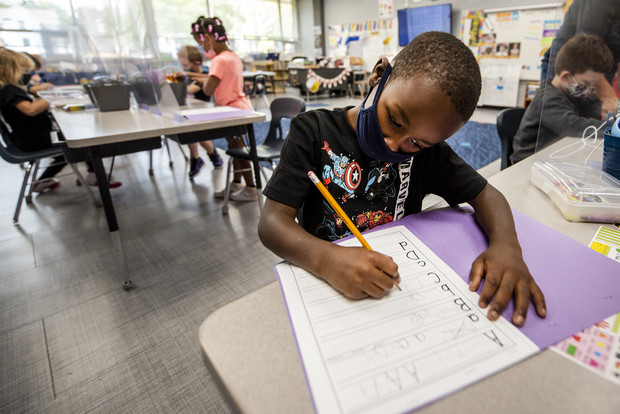 A bill that would mandate cursive handwriting lessons in Wisconsin schools has become an unlikely partisan debate at the state Capitol.

Under the plan, elementary schools that receive state funding would be required to incorporate cursive into their curricula and students would have to be proficient in the skill by the end of fifth grade.

State lawmakers across the country, the majority of them Republicans, have backed similar proposals in recent years. As the debate has stretched on, some viral social media posts have claimed schools have stopped teaching cursive to prevent people from reading documents, including the U.S. Constitution, in their original form. Other supporters argue knowing cursive is an important part of being an American.

Rep. Jeremy Thiesfeldt, R-Fond du Lac, first introduced the proposal without success during the last legislative session. A former teacher and chair of the state Assembly’s Committee on Education, Thiesfeldt said he first heard about the issue at professional conferences for lawmakers, including some targeted to lawmakers interested specifically in education

During the Assembly debate on the plan in September, Thiesfeldt mentioned the country’s founding documents.

“Just the nostalgia of our founding documents being written using (cursive) also adds to the reasoning as to why we should do it,” he said.

He has also pointed to some studies that have shown writing by hand, including in cursive, can help students master other subjects.

“When we have something like this that we know works, we know it’s popular with the public, it is not expensive … if we have all of those things in line here, I don’t see why this is a problem,” Thiesfeldt told WPR.

In testimony provided to lawmakers, Wisconsin Education Association Council President Peggy Wirtz-Olsen said, “with all of the challenges that are facing our students and educators today, the fact that members of the Wisconsin state Legislature are focused on cursive writing shows how misguided their priorities are for our Wisconsin schools.”

The council argued “instruction decisions should be made independently and autonomously by local school boards,” a sentiment echoed by a number of other opponents.

According to the state Department of Public Instruction, if the proposal is approved, it would be the first time a specific skill is mandated in state law for English teaching standards. Thiesfeldt argued state lawmakers taking that step is necessary and appropriate.

“With the state that education is in Wisconsin right now, particularly in reading instruction — and reading and writing kind of go hand in hand — we are not in a time where we can just simply suggest to schools things they need to do,” he said.

The plan passed the state Assembly in September on a party-line vote of 59-39, with most Republicans voting in favor and Democrats against. Rep. David Steffen, R-Green Bay, joined all Democrats in their opposition. The bill has yet to be voted on in the state Senate. One Democrat in that chamber, Sen. Lena Taylor, D-Milwaukee, has signed on as a co-sponsor of the plan.