German startup now among the biggest bus companies in US, with trips from Milwaukee. 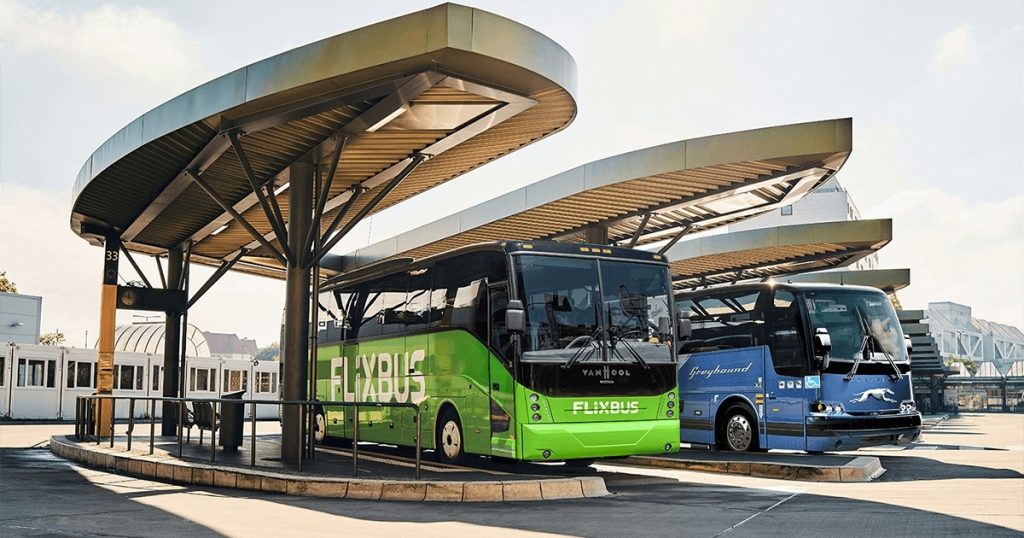 FlixBus, a startup intercity bus service, launched its Midwest service in early July and promised it was going to “significantly expand its footprint in the region later this year and next.”

The German transportation company behind FlixBus has delivered on that boast. It purchased Greyhound Lines in late October and now is among the biggest providers of intercity bus service in Wisconsin and the United States.

Based on pre-pandemic statistics, Greyhound provided approximately 16 million passenger trips per year to a network of approximately 2,400 destinations. FlixBus, with its primarily European network, reports 2,500 destinations in 37 countries and more than 62 million annual trips.

FlixMobility, the bus service’s parent company, acquired Greyhound from UK-based First Group at a cost of $172 million. After paying down debts, the value of the Greyhound brand and physical assets is $46 million.

First Group had purchased the Dallas-based bus line for $3.6 billion in 2007 and had been actively trying to sell it since 2019. In a series of smaller transactions before the pandemic, it sold off various Greyhound real estate assets. The service has struggled to compete against low-cost airlines and other bus services, but has near-universal brand awareness given its 107-year history.

FlixMobility launched in 2013, first offering service in Germany as the country loosened its strict bus regulations. It quickly expanded throughout much of Europe by partnering with local operators. The company has also grown to include FlixTrain, a long-distance rail service, and FlixCar, a carpooling matchmaking service.

Get a daily rundown of the top stories on Urban Milwaukee
The company was valued at $3 billion in a funding round that closed in June and generated an additional $650 million cash.

But the Greyhound deal marks a departure from FlixBus’s standard operating model of contracting local firms to operate its service using lime green buses. It once claimed it owned no buses. The Greyhound deal, according to a 2019 report, gives it 1,700.

According to the FlixBus website, Greyhound and FlixBus will remain separate for now. But a press release announcing the deal touts it as a game changer.

“Consumers across North America are increasingly seeking affordable, comfortable, smart and sustainable mobility solutions. A compelling offering will draw significantly more travelers away from private cars to shared intercity bus mobility,” said FlixMobility CEO André Schwämmlein. “Together, FlixBus and Greyhound will be better able to meet this increased demand. As our business continues to recover from the effects of the pandemic, we will replicate the success that we have already achieved in 36 countries outside of the U.S. with our innovative and customer centric approach.”

From a curbside pickup at E. Wells St. and N. 6th St., FlixBus offers service from Milwaukee multiple times a week on buses between Milwaukee and Columbus, OH with intermediate stops in Chicago, Lafayette, IN, Indianapolis and Dayton, OH. Since our June coverage, it has added service to Minneapolis with intermediate stops in Waukesha, Madison, Wisconsin Dells, Eau Claire and Hudson.

An additional Milwaukee stop at Interstate 94 and College Avenue was also added. The service does not allow a ticket to be booked between Milwaukee and Waukesha, only for longer-distance trips.

Tickets start at $4.99, but all purchases include an additional $2.25 per-transaction service fee. Upgrades are available for selecting your seat in advance ($2.99), traveling neighbor-free (price varies), additional luggage ($9.99 per bag after one carry-on and one checked bag) and a carbon offset ($0.87 between Milwaukee to Columbus).

Tickets can be booked on the FlixBus website or smartphone application.

The Greyhound purchase gives FlixBus a presence at the Milwaukee Intermodal Station and at Milwaukee Mitchell International Airport.

At the downtown intermodal station, FlixBus will find its competitors including Coach USA, Megabus, Indian Trails, Jefferson Lines and Badger Bus as well as inter-city train service Amtrak. Megabus is a subsidiary of Coach USA and offers low-cost, hub-based service between major destinations in addition to its parent company’s network of regional service.