Men's clothing store may be on the move again, but not far. 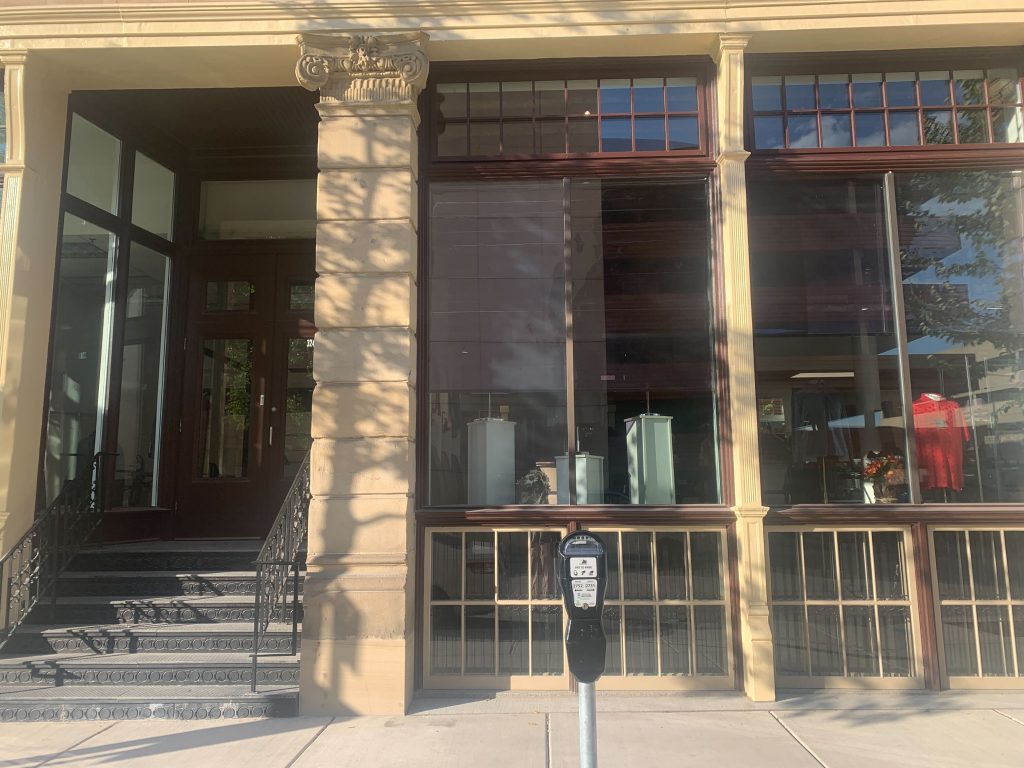 The Sophisticated Man’s new space is much larger. Photo by Annie Mattea

The Sophisticated Man clothing store moved to 324 E. Michigan St. at the beginning of October.

The store lost its lease to its longtime home in the Wells Building, 322 E. Wisconsin Ave., after the property was acquired by 1547 Realty, Sophisticated Man owner Diane Hamiel told Urban Milwaukee.

She said the store was then slated to move into an unfinished space in the recently renovated building at 637 N. Broadway, but instead moved into what was to be a temporary space on the first floor of the McGeoch Building. Both buildings are owned by David Uihlein.

But now Hamiel would like to make their space in the McGoech Building permanent. She said she loves the space and it was hard to move after a long time on E. Wisconsin Avenue.

“The space has been a true blessing for us,” Hamiel said. She said they may have to move again, but she hopes not to.

Despite the uncertainty surrounding the store’s permanent home, it will likely remain in the neighborhood. The location on E. Wisconsin Avenue is only a block south of the storefront on N. Broadway.

The McGeoch Building space previously housed The Soup House, a restaurant that offered five soup choices daily. It closed in April amid the COVID-19 pandemic.