The Philomusica Quartet (Jeanyi Kim and Alexander Mandl, violins – Nathan Hackett, viola and Adrien Zitoun, cello) begin their 2021-22 season at Wisconsin Lutheran College this Monday evening. Adopting a theme “Song and Dance” to justify selections, the Philomusica has chosen to introduce composers and compositions that are little known but deserve recognition. 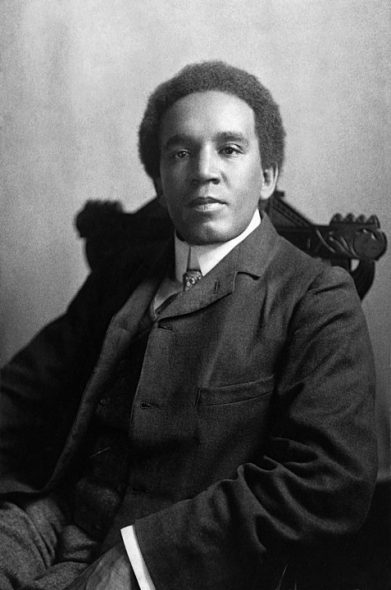 Samuel Coleridge-Taylor was born in an English slum to mixed-race parentage in 1875. His musical talents won him a scholarship to the Royal College of Music. He studied with Charles Villiers Stanford. Stanford, Edward Elgar, and others championed his work in the face of countervailing discrimination.

Coleridge-Taylor was celebrated in his lifetime for a set of cantatas on the poem “The Song of the Hiawatha” by Henry Wadsworth Longfellow. He wrote other works recognizing Pan-African themes. He traveled to the United States a number of times, more of a celebrity in that time than since.

“Five Fantasiestücke Op. 5,” was written in 1896, early in Coleridge-Taylor’s career, but recognized later as one of his important chamber works. The work is a set of five independent pieces – in the format and style of Robert Schumann. Rich harmonies and rhythmic themes propel the work through a Prelude, Serenade, Scherzo, Minuet, and Dance.

Born in Chicago in 1913, Vivian Fine studied with Ruth Crawford Seeger and Roger Sessions. She contributed to the efforts to build a platform and identity for American composers in New York City prior to World War II. With Aaron Copland and others, she founded the American Composers Alliance.

A pianist and composer, her compositions varied by subject – not an easily identified signature style. Since her death in 2000, her estate has been giving access to unpublished manuscripts, which are attracting the attention of contemporary performers.

Fine’s Elegiac Song – titled “Piece for Muted Strings” is a satisfying short elegy. The harmonies are rich yet dissonant, the mood contemplative. She dedicated the work to the children of Spain suffering under the Spanish Civil War. The efforts of partisans to defeat Francisco Franco generated much support in the United States. The war was a brutal prelude to World War II.

The work was written for a larger string ensemble then reduced to a quartet version. The slow emotional theme offers a quartet the opportunity to create a unified sound – the quartet as a single instrument.

Astor Piazzolla on the other hand is much better known. Born in 1921 in Argentina, he was a part of a music scene that embraced the Tango tradition. He contributed to a somewhat controversial effort to expand the format of the dance. For Piazzolla, the tango was imprinted in the music, less in the dance. Spending many years in New York City, he was further influenced by jazz and the variety of ensemble configurations – experimenting with instrument mixes that broke with traditional ensemble form in Argentina.

Piazzolla’s Tango Ballet for String Quartet (1956) for octet reflects that break with tradition. The tango rhythm is clear in all movements but much of the music would not support the slow sensuous dance at the heart of the traditional tango,

The reduction written by cellist José Bragato effectively incorporates the sound of the bandoneon, the Argentine variation of an accordion, in the collective strings of the quartet. Forms and development reflect Piazzolla’s classical training as much as his experience in the cafes of Argentina and New York.

Ludwig van Beethoven needs no introduction. The Philomusica has invited an additional violist to perform Beethoven’s only original string quintet – Op. 29. (Other works were revised for quintet.) Guest violist Matthew Michelic, Associate Professor at Lawrence University and frequent presence in orchestras around the state has played with the Philomusica and other groups in Milwaukee.

The quintet is perhaps less known because of the focus on the larger series of formats – that is, collections of string quartets, symphonies, piano concertos, etc. have attracted more analysis and performance. But the quintet stands on its own as a great work.

A “transitional” work, as are a few of Beethoven’s first Quartets, the first movements express the elegance of the Classical Haydn and Mozart. The last movements display the inventiveness and surprise that Beethoven was to introduce as he set new standards for chamber formats. The last movement includes a perfect storm – a literal thunder and lightning event that presages the storm in the Pastoral Symphony.

For most who attend, this concert will be an evening of firsts. Even the Beethoven Quintet is rarely performed. But the mix suits the Philomusica Quartet well – challenging the ensemble to explore and interpret the wide repertoire for the string quartet.

The Philomusica concert begins at 7:30 p.m. at Schwan Concert Hall (8815 W. Wisconsin Ave.) on the Wisconsin Lutheran Campus on Monday, Oct. 11. Tickets may be purchased at the box office (414-443-8802) or online. Free parking is available in a garage just east of the hall.