Live theater is back and Next Act show offers laughs, surprises and sorrow. 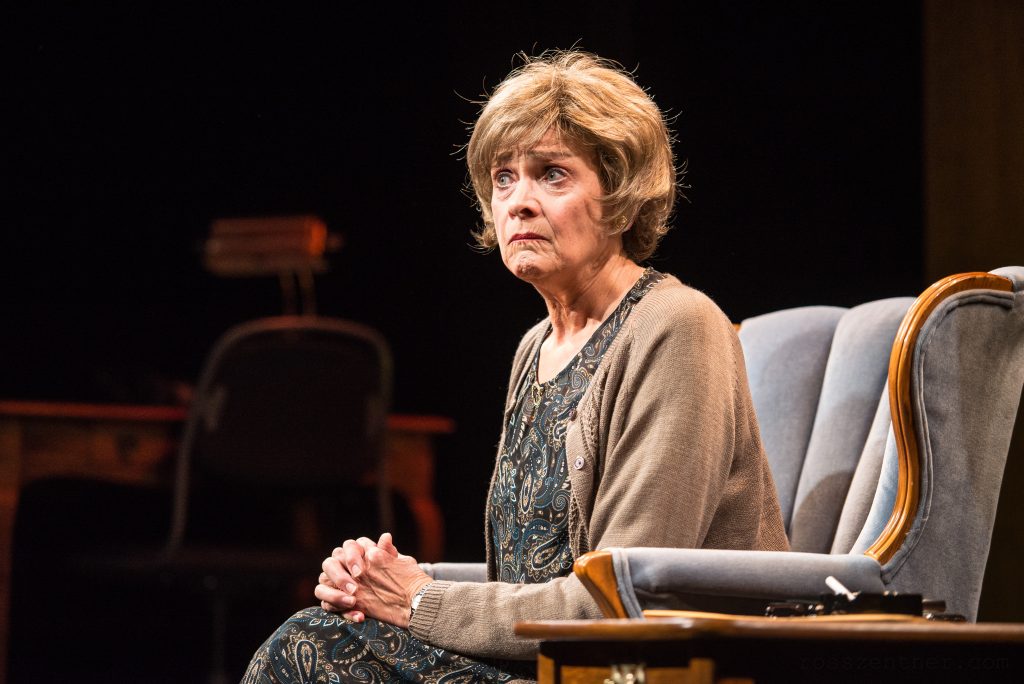 With full COVID protocols flying, Milwaukee theater companies are returning this fall to live performances. That does not mean, as so many think, multiple actors simultaneously onstage.

No. As demonstrated by playwright Jeffrey Hatcher, director Edward Morgan and Next Act Theatre’s sly choice of veteran actors capable of weaving character memories out of words, live theater can simply mean monologues with no artificial barriers such as Zoom to limit audience imagination working directly with actors’ imagination.

Laughs, surprises and sorrow emerge along the way as scads of characters are drawn via dialogue in “Three Viewings” at a bare bones funeral parlor, performances through October 17.

There are only three actors who never meet, but there is an array of macabre and haunting folks, comic and serious:

The attractive if aging real estate hustler pressing her business card into the hands of mourners. The hard-hearted rich grandma whose corpse her mercenary granddaughter can’t wait to kiss and steal jewels from. The deal-crazy husband whose misbehaviors in life confront his placid widow with shady “Goodfella” types wanting a piece of her inheritance.

No question, much of the appeal in Hatcher’s monologues is the freedom of actors to create visions for us out of dialogue, tending to the surreal as details unfold. No question as well that much of the humor comes from the shock value of treating and describing the dead, actually making us wish to meet the relatives dropping such wicked bon mots upon us.

The actors are all expert at weaving portraits out of dialogue, though some do a more magical job of connecting the pieces.

Carrie Hitchcock sits composedly in a chair while drawing memories of her late husband, her sarcastic daughter and the squads of mysterious callers claiming the estate. Without moving from this perch and in total calm, she paint a vivid gallery of the mobster attacks on her comfort zones. The connections within her story to believability are tenuous but Hitchcock’s matter-of-fact delivery makes us ignore that. It is a seemingly effortless inviting performance.

David Cecsarini is the prissy funeral director, unable to express his adoration directly to a frequent guest at his parlor, unable to muffle his passion but only to the invisible audience and barely able to communicate his hatred of the people dead and living he must deal with. It’s nifty portraiture by the artistic director of Next Act, but the dialogue suggests Cecsarini made audience friendly choices to set the confessional tone of the proceedings, rather than convey how deeply the character despises those around him.

The hardest job, in terms of audience forgiveness, falls to Cassandra Bissell as the brittle nasty jewel thief who relishes stealing gems from the dead – and then in dialogue reveals a more nuanced reason. Bissell communicates the hateful side but struggles with the emotional turn toward sympathy. To be fair, almost any actress would have trouble with this shift and Bissell is clearly more comfortable with the bitter side of the tale.

Director Morgan gives his actors full faith and time to shape their visions and Hatcher has a gift for such dialogue, though a tendency to give each actor too many character twists and too many exit speeches.

The Next Act audience is returning in small doses (only 95 on opening night) but seems primed to engage emotionally with laughter and murmurs. This season will teach us all how ready we are to re-engage. 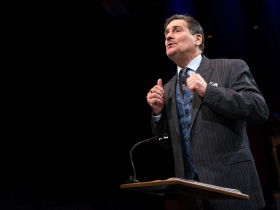 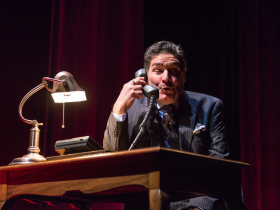 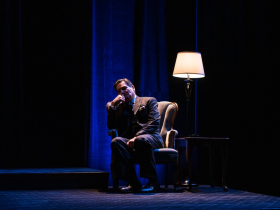 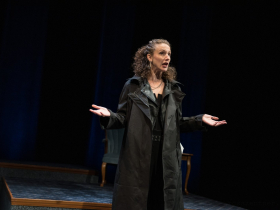 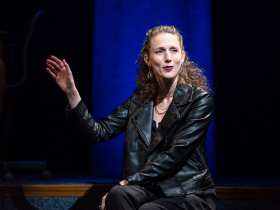 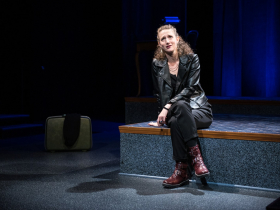