By Erik Gunn, Wisconsin Examiner - Sep 9th, 2021 02:22 pm
Get a daily rundown of the top stories on Urban Milwaukee 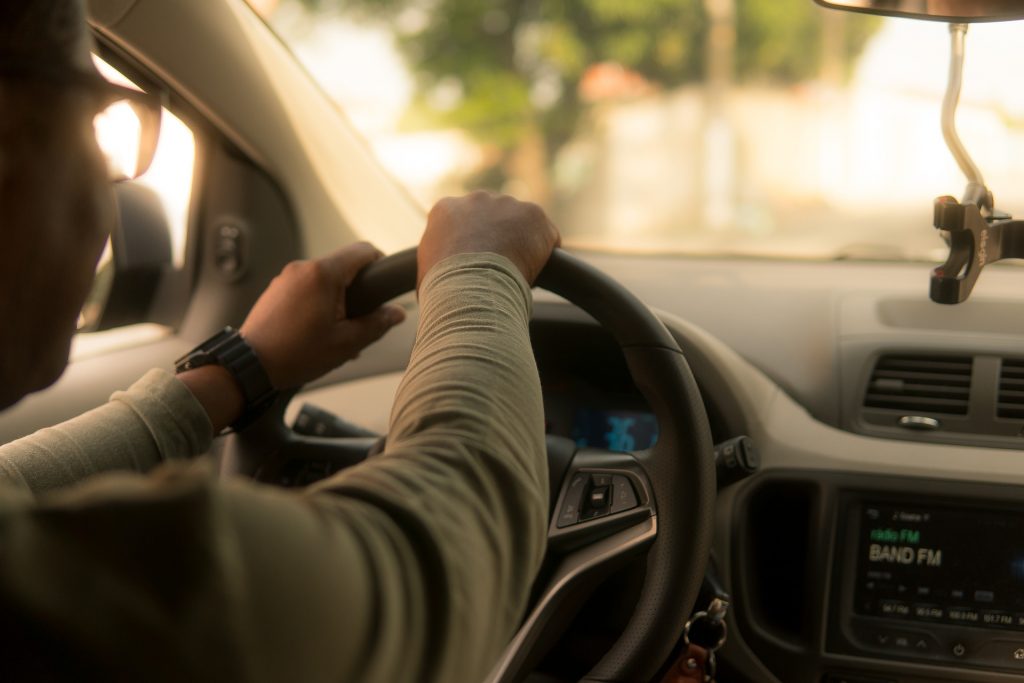 Drivers for ride-share businesses such as Uber and app-based delivery services such as DoorDash would be blocked from collecting workers’ compensation or unemployment benefits in Wisconsin under legislation that would define them as independent contractors rather than employees.

The proposed measures — Assembly Bill 487 and Senate Bill 485 — would also allow those sorts of businesses to provide benefits to their drivers without classifying them as employees. The possibility of those benefits is the centerpiece of the bill that its author, Rep. Tyler August (R-Lake Geneva), highlighted at a public hearing Wednesday.

At the hearing, drivers for Uber and DoorDash primarily emphasized the bill’s provision establishing them as independent contractors and gave it their enthusiastic endorsement.

“Having those extra benefits would be great if they’re available,” Uber driver Mary Roth of Janesville testified. “But taking away my flexibility is not an option for me. So Assembly Bill 487 is super important to me, as long as I can keep my flexibility.”

Testifying with her, Erika Sommerfeld of Monona agreed. “I’d like to confidently know that my status as an independent contractor will never change,” Sommerfeld said, “but that the companies can offer me benefits if they decide they want to.”

The Wisconsin legislation focuses narrowly on businesses that use online networks and computer or phone apps to connect drivers with customers who need deliveries or transportation. Those businesses — especially delivery services for stores and restaurants — have experienced a sharp increase in demand during the pandemic.

“These companies are facing the same worker shortages that we’re seeing throughout Wisconsin in the nation,” August told the Assembly State Affairs Committee, which held Wednesday’s hearing. “Unfortunately, existing laws make it difficult for these companies to provide benefits to their drivers.”

The only witness to testify against the legislation, Wisconsin AFL-CIO president Stephanie Bloomingdale, warned that the bill “will be a slippery slope for other areas of employment — so this is why it’s so important to get these things right.”

Bloomingdale said that the labor federation was not opposed to portable benefits or the bill’s consideration of the gig economy. But automatically excluding those workers from unemployment insurance or workers’ compensation was more complicated than the bill reflected, she said.

The legislation’s provision for optional benefits allows either the business, the drivers or both to pay for them, and it doesn’t require that they be offered.

DoorDash doesn’t offer such benefits elsewhere, said Alexi Madden, a government affairs representative for the restaurant delivery service. Madden said the company was “not allowed to have a portable benefits model like this,” but didn’t specify in her testimony what prevented that.

Businesses that use contractors “take a level of risk in providing benefits for their workers,” said Harry Hartfield, an Uber government affairs representative. “As you add more benefits to a traditional independent contractor, the state is more and more likely to say that person is an employee.”

Both lobbyists cited surveys of their drivers in which large majorities expressed preference for independence and would leave if they were turned into employees. They also cited data that they said showed a majority of drivers for their businesses worked fewer than 10 hours a week for them.

Democrats on the committee questioned several elements of the legislation. They were particularly skeptical about language specifying that the “gig economy” businesses that the bill covers would consist of independent contractors.

A double-negative phrasing in the legislation confounded the discussion of that provision.

The bill lists four company practices that would affect whether a driver would be considered an “employee” of a company instead of an independent contractor.

As written, the legislation states that workers would not be considered employees instead of contractors “if the company refrains from doing all” of those.

Rep. Tip McGuire (D-Kenosha), suggested the language should require the company to avoid doing “any” of the four. August noted that he and McGuire had spoken outside the meeting about that word choice.

“I’m more than willing to sit down and clarify and make sure that it’s clear,” August said of the disputed passage. “Because the intent isn’t to say that a company could do three out of the four” and still keep the independent contractor designation, he said. “It would be that they could not do any of the four.”

McGuire then questioned specific passages excluding the gig workers from unemployment insurance or workers’ compensation. He asked why those were needed in light of the bill’s independent contracting language, which would already put them outside of both of those systems. August maintained that the references were needed “to clarify” that currently those drivers have not been found to be employees qualifying for those programs.

When McGuire and Rep. Tod Ohnstad (D-Kenosha) later asked a succession of gig workers if they understood how the original wording might affect them, Rep. Rob Swearingen (R-Rhinelander) lost his temper.

“This is a bunch of crap!” Swearingen told McGuire. “I’m sorry, you guys have been through this. We’ve addressed it. The author [August] said he’d be willing to work with you. And now you’re putting two people that are worried about their jobs, putting it in the inside baseball track, and that’s — that’s not allowed.”

That was not the only testy moment at the hearing.

Because the bill includes specific references to workers’ compensation, Rep. Christine Sinicki (D-Milwaukee), scolded August for not having submitted it to be reviewed by the state Workers Compensation Advisory Council, made up of state and labor representatives, and by the Department of Workforce Development (DWD).

“We have seen it time and again with the majority party, you just skip the process and go off on your own,” Sinicki said. “I would much rather have heard from DWD what they thought of it — but we don’t have that right now.”

August dismissed that suggestion. “DWD is welcome to weigh in on any proposal that they want,” he said. “But it’s also my right as an elected member of this body to introduce legislation — I don’t have to get a blessing from anyone in a different branch of government to do so.”