Corporate Greed Must Be Addressed

The issue unites city and rural areas in Wisconsin. 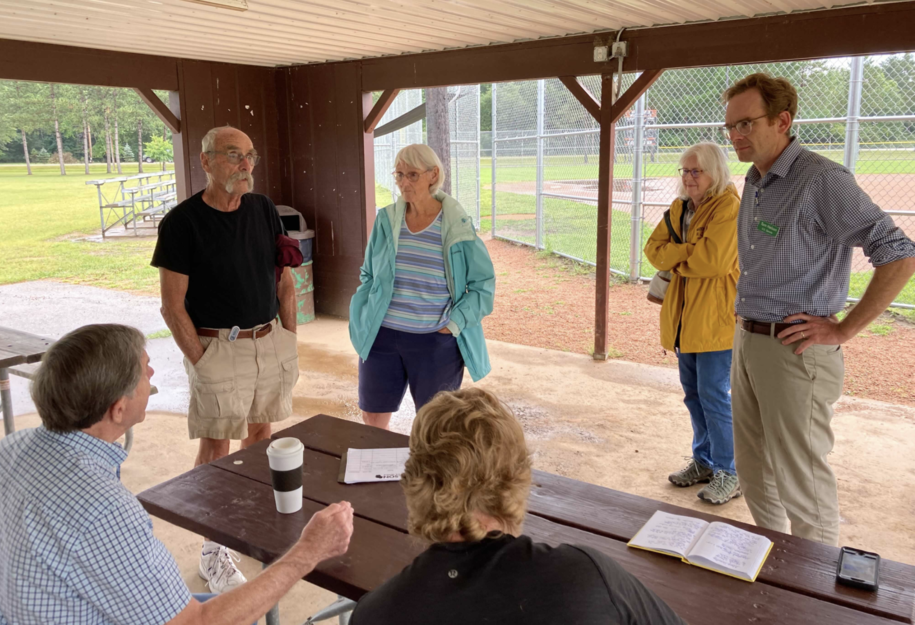 I have learned a lot on my 72-county listening session tour, but one theme dominates them all: Corporate greed is rampant everywhere, ruining our cities and our countryside in equal measure.

In Burnett County, in western Wisconsin on the Minnesota border, Cumberland LLC and Smithfield Corporation, the latter a Chinese-owned monopoly, are planning a 23,000-head hog farm, which would make it the largest Concentrated Animal Feeding Operation (CAFO) in the state. This corporate behemoth would devastate the county in every way imaginable.

The farm will suck-dry groundwater tables, pollute waterways, emit sickening odors, kill property values, depress the tax base, and strain local resources. To boot, Cumberland and Smithfield will set up satellite operations throughout the county, going so far as declaring two townships “sacrifice zones,” though it’s not the CEO who will bear the cost of those sacrifices. They contribute to my opponent, Ron Johnson, to make sure they don’t have to sacrifice anything

The sacrifice will be borne by the residents, of course, as well as the small family farmers, companies elsewhere on the supply chain that will be forced into terrible deals. They are the underdogs, and as everyone in Wisconsin knows, I’m running my campaign for them.

This isn’t just happening in Wisconsin. Iowa is practically a wholly-owned subsidiary of a handful of pork producers, which dominate 67% of the market. Scores of family hog farms have long since shuttered, having succumbed to a “price-cost” squeeze that artificially depressed prices and puts them at the mercy of their corporate overlords.

How did we get here?

In Wisconsin, the GOP legislature and former Governor Scott Walker threw in with the big corporations. They attacked unions and working people, scrapped important environmental and consumer protections, and offered carte blanche services to anyone that could write a big enough campaign check. Companies like Smithfield are not here to create jobs; they’re here to steal our resources and enrich themselves. That’s corporate greed and avarice at its worst.

A clear analog to this is Scott Walker’s Foxconn deal, the notorious billion-dollar taxpayer giveaway that stands as a symbol of corporate lard dressed up as “fiscal conservatism” and “free market” economics. (You can read my op-ed about that here.) It allowed Foxconn to exercise eminent domain powers, plow under wetlands, and divert precious water from Lake Michigan. The deal failed miserably and made us all look like a bunch of suckers for falling for the “con” in the first place.

Giving away the farm is not the way to grow economies and create jobs. Nor is it the way to empower workers. This country works best when we’re growing from the ground up, allowing small businesses to compete against larger corporations, and guaranteeing the rights of employees to earn fair wages to support their families. Time and again, it’s working people who give everything and still wind up in the “sacrifice zones,” with stagnant wages, stolen retirements, and brutal conditions on the job.

These problems are always exacerbated under a major monopoly. On the other hand, when workers have a say in their workplaces and their own futures, success follows.

We did just that when a local union and I teamed up to save a paper mill in Combined Locks. We prevailed against an out-of-state corporation hell-bent on demolishing and selling off the parts of the 128-year-old mill. We fought the company and won. The court made them run the mill instead of scrapping it. Sure enough, we started making paper. We brought back 300 jobs. The mill is alive and well today.

You can read the whole story in my new book.

Wisconsinites deserve the very best representation in the US Senate. They need a committed public servant who will wake up every day who will stand up for communities like Siren, Racine and Combined Locks and take the fight to the big corporations and Wall Street who want to pollute our water, take our land and steal our money.

I’ve never backed down from a fight and won’t as a US Senator.

Outagamie County Executive Tom Nelson is a Democratic candidate for the U.S. Senate. This Op Ed was originally published by the Daily Kos.