Electric Lime Taqueria opened in what used to be Dick's Pizza & Pleasure. 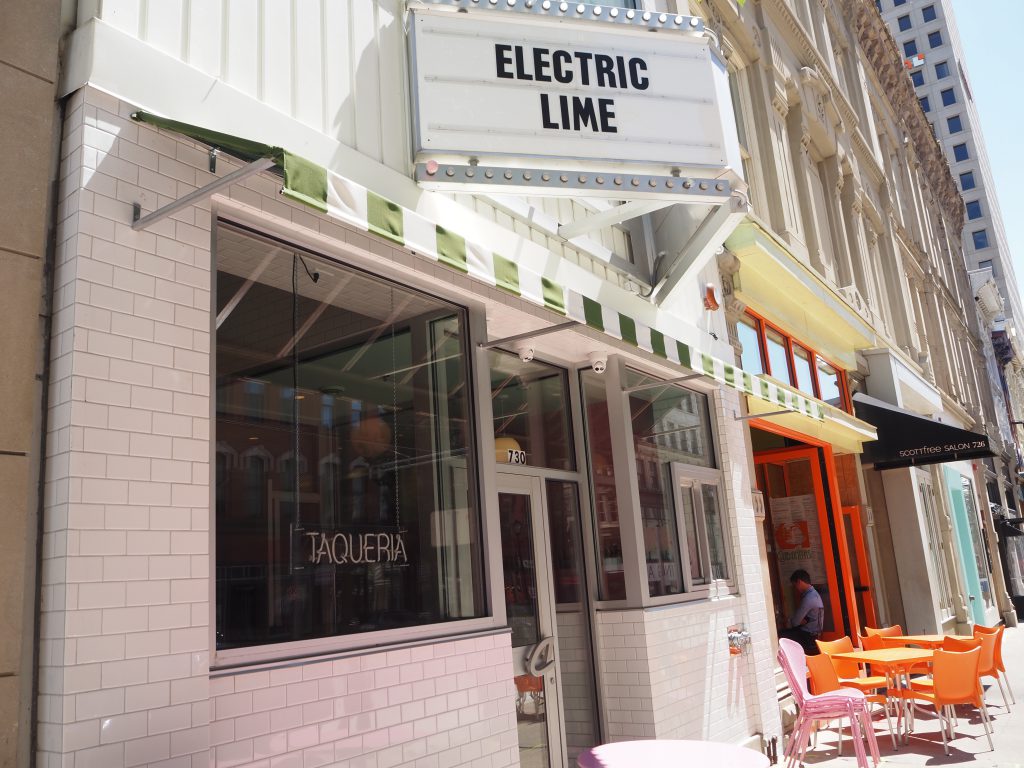 The taqueria quietly opened on Aug. 5. The restaurant features Mexican food with vegan, vegetarian, gluten-free and pescatarian options. The menu includes a selection of tortas, tacos and burritos.

“Our focus was to bring absolutely everyone to the table,” said Jessica Orr, a designer and concept creator connected to the restaurant, in an email. “Having all natural non-GMO ingredients, we really wanted to provide the local community with a thoughtful menu without compromise.”

Part of this change can be attributed to Gabriel Garcia, the chef and operating owner for Electric Lime.

“His Latin background + Milwaukee roots completed our mission to create a thoughtful food spot,” Orr said in the email.

Orr described the Taqueria as a fast casual restaurant. Its predecessor, Dick’s, despite the pizza, was mostly as a nightclub. When asked over email if there is still a club on the top of the restaurant, Orr responded, “What club? ;).”

The second and third floors of the space held the nightclub portion of Dick’s, and are listed as included space in Electric Lime’s license.

The inside of Dick’s used to be a sparsely decorated, white space. Now it’s decorated with vintage souvenir carnival mirrors and has a bright, pink booth in the front: an Instagram lover’s dream.

And so far, there’s been a lot of buzz in the local social media community about the new taqueria. Electric Lime received plenty of shout-outs from local content creators and influencers on its Instagram.

Electric Lime’s majority owner is Adam Kirchner, who used to be 50% owner of Dick’s and has now expanded his ownership to 85%, according to a license on file with the city.

The license for Dick’s was in jeopardy in 2017 when Alderman Bob Bauman followed up on complaints about employees allowing a live goat onto the premises. Co-owner Saleh Salem told TMJ4 that the incident was exaggerated and added that the goat was domesticated and that promotional photos of the goat with a beer in its mouth weren’t created by the bar.