Deal was finalized in May.

By Megan Hart, Wisconsin Public Radio - Aug 20th, 2021 05:18 pm
Get a daily rundown of the top stories on Urban Milwaukee 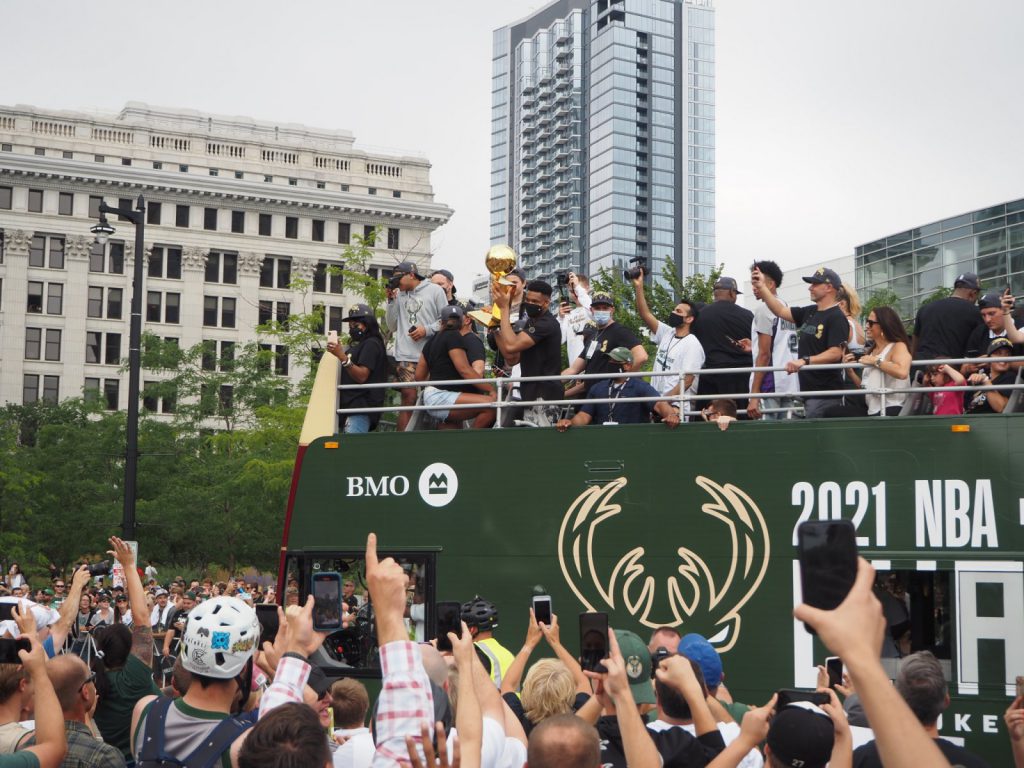 The deal was finalized in May, Antetokounmpo told reporters at a news conference Friday. The two-time NBA MVP said it’s a dream come true.

“For a kid from Sepolia, Athens, Greece, born from immigrant parents, I could never imagine I’m going to be in this position,” he said.

Antetokounmpo is the team’s first new stakeholder since 2005. He knew he was interested in eventually owning a professional team and considered buying a European soccer club, he said. But he wanted to invest locally.

Before talking to reporters, Antetokounmpo put on a Brewers jersey.

“What time is the game tonight?” he joked.

Antetokounmpo went to a baseball game on his first day in Milwaukee, but he doesn’t know too much about the game, he said. The 26-year-old said he’s excited to learn from the team’s leadership including principal owner Mark Attanasio.

The Brewers are adding a community leader, family man and world champion to their team, Attanasio said.

“And that’s some of the karma we’re trying to have rub off on the Milwaukee Brewers,” he said.

Twenty Brewers players were in a suite when the Bucks won Game 6 to clinch an NBA title this summer.

Antetokounmpo signed a long-term contract extension with the Bucks last offseason. It could keep him in Milwaukee through 2025.

The Brewers are leading the NL Central, having won eight of their last 10 games.

Giannis Is Part-Owner Of The Brewers: ‘Milwaukee Has Made Me Who I Am Today’ was originally published by Wisconsin Public Radio.