By Corri Hess, Wisconsin Public Radio - Aug 19th, 2021 12:25 pm
Get a daily rundown of the top stories on Urban Milwaukee 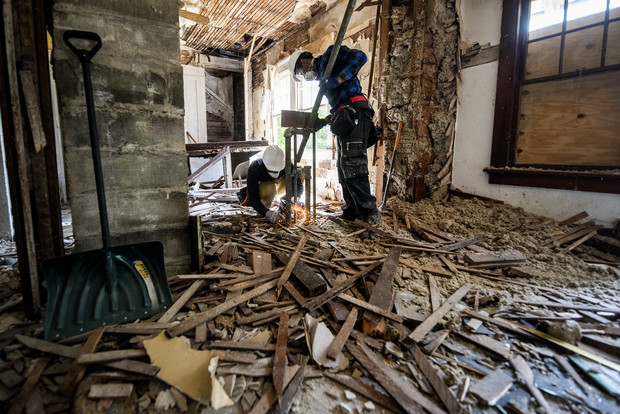 Workers tear down parts of an old kitchen inside of a home before remodeling Thursday, Aug. 5, 2021, in Milwaukee, Wis. Angela Major/WPR

There’s a worn bungalow next to an empty lot on an otherwise crowded street on Milwaukee’s North Side. The house, with its peeling gray paint, has been vacant for about a decade. Its windows are broken. The roof is completely shot.

But on a hot summer day in early August, the house is bursting with activity. Inside, demolition crews are gutting the home to its bones.

Reginald Reed says when his crew is finished, a family that would usually be blocked from the housing market will move in, paying on a rent-to-own basis.

“Every transaction doesn’t require people to make money,” Reed said. “And I think that’s something America probably needs to understand if we’re going to fix problems like homelessness and starvation and underserved communities having no opportunities.”

All across the country, there are hundreds of thousands of people paying more in rent than they would for a mortgage. That’s in part because they’re low income, or their credit score is keeping them from qualifying to buy a house.

What Reed’s program is doing is essentially cutting out the bank or mortgage company. 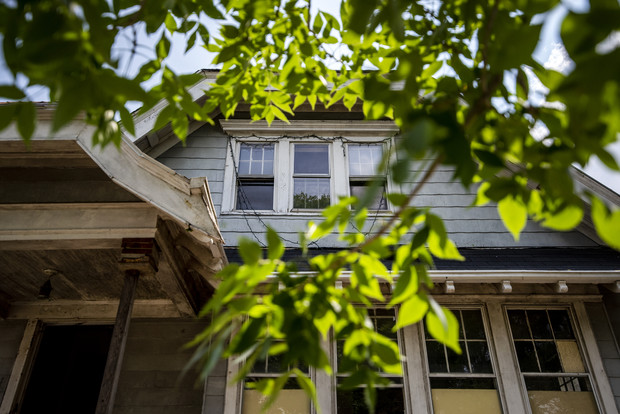 Windows of a home can be seen through leaves Thursday, Aug. 5, 2021, in Milwaukee, Wis. Angela Major/WPR

After a 13-year career in contracting, Reed started Mindful Staffing Solutions, LLC — an employment agency with a focus on technical and skilled trades. The agency’s trainees learn the skills necessary to renovate homes, and are then given the chance to buy them.

Reed said trainees pay 60 percent of the market value of the house on a rent-to-own basis.

A majority of the homes Reed has worked on since he started his agency in 2016 have been in Milwaukee’s 53206 zip code — where incarceration rates are some of the highest in the nation.

Beyond having a consistent source of blighted homes, Reed is connected to the neighborhood. He grew up there.

“This is the place where we technically don’t make it,” Reed said. “Not only are we making it, we’re thriving. We’re creating a way where other people can make it. And we’re doing it in a way where no one can stop us.” 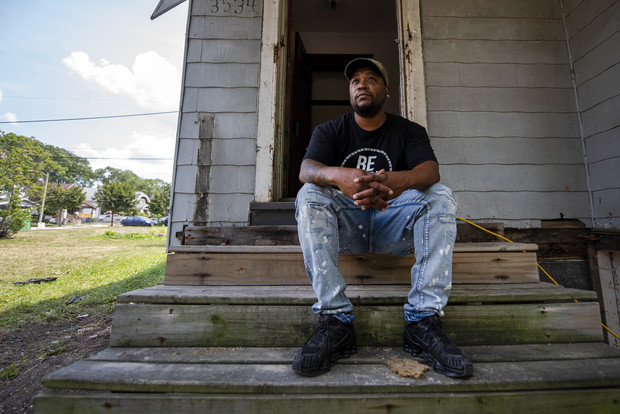 Reginald Reed sits on the steps of a home he’s remodeling in a Milwaukee neighborhood Thursday, Aug. 5, 2021. Angela Major/WPR

Reed works with the city of Milwaukee to buy blighted, city-owned homes that are affordable, but require tens of thousands of dollars of repairs to make them inhabitable.

Reed’s plans are ambitious. In addition to the house they’re currently demoing, Reed is planning to build or rehab 11 homes on the same block. In an empty lot, he’ll build a new house. Across the street, there will be town homes. On the corner he’s planning transitional living for people who are returning from prison.

Kirk Wegner is a master carpenter who worked on large construction projects in Milwaukee including building the Fiserv Forum where the Milwaukee Bucks recently won the NBA Championship.

He’s had a lucrative career, but wanted to focus on giving back. He now works with Reed to provide training and oversee those learning the trades.

Wegner said low-income residents need help to secure housing, but no one is stepping up.

“Someone has got to do something so, why not us?” Wegner said. “If the people that actually care aren’t going to do anything.”

City of Milwaukee officials declined interview requests for this story, but provided the following statement:

“The Department of City Development welcomes new, innovative solutions from the community in increasing minority homeownership and addressing local housing challenges. Mr. Reed has a positive track record and the City looks forward to working together to build a stronger Milwaukee for all.” 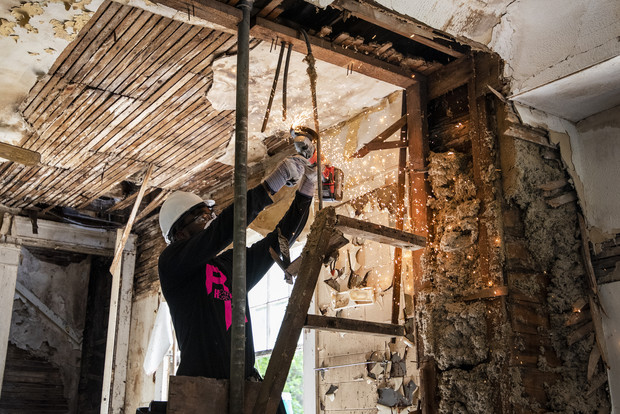 A worker deconstructs elements of a kitchen inside a home that will soon be remodeled for new owners Thursday, Aug. 5, 2021, in Milwaukee, Wis. Angela Major/WPR

Reed’s project is innovative. But he’s not alone. Other rent-to-own strategies are emerging across the country.

A California-based startup wants to help renters build credit until they can purchase a place of their own. The group is raising $165 million from investors that includes Jay-Z’s Roc Nation and Will Smith’s Dreamers VC.

He said these innovative programs need significantly more investment, and cutting out banks or mortgage programs is tricky, in part because the U.S. Government backs mortgage loans through programs like Fannie Mae and Freddie Mac.

“There is obviously a group of Americans that have the lower level income stream that just doesn’t have the buying power that other Americans have,” Mohtashami said.

Still, Reed and others will continue working to make sure people who can’t get loans can get homes.

Reed said he plans to rehab or build 100 homes in Milwaukee’s Central City, and the waiting list of would-be homeowners is a mile long. 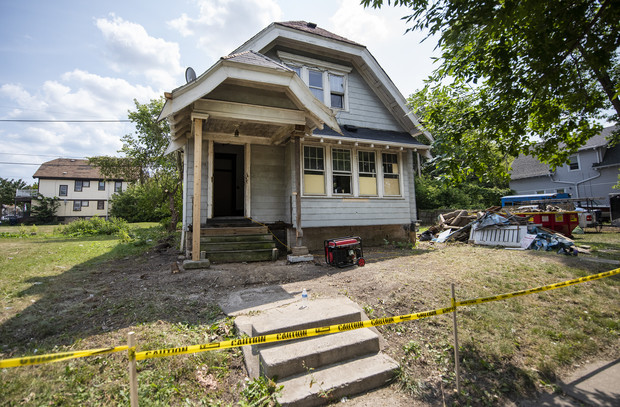 Reginald Reed and his team work on this home Thursday, Aug. 5, 2021, in Milwaukee, Wis. Angela Major/WPR