Brett Blomme faces up to 20 years in prison. 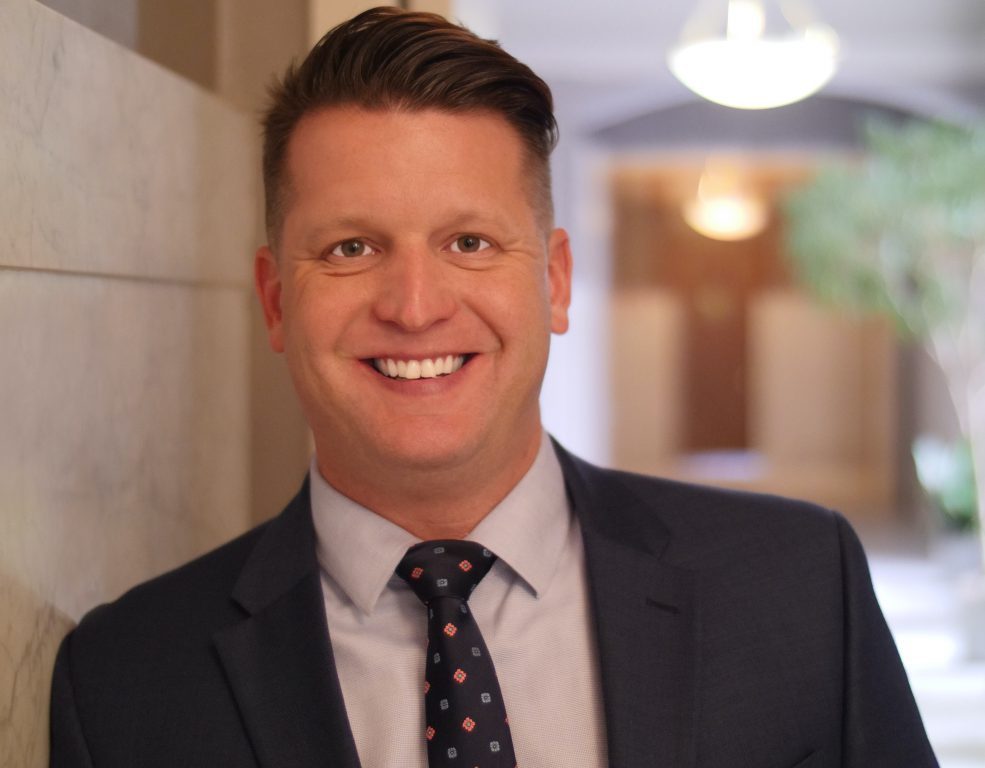 Blomme will plead guilty, pay restitution and forfeit an Apple iPhone as part of the agreement. Acting Wisconsin Western District Attorney General Timothy M. O’Shea will recommend to the court the “maximum available reduction for acceptance of responsibility” in sentencing.

He also faces seven state charges, but they would be dropped as part of the plea deal. Blomme was charged and released after posting bail in March, but has been in custody since May on the later-filed federal charges. After the state charges were entered, the Wisconsin Supreme Court used its constitutional authority to temporarily prohibit Blomme from exercising the powers of a circuit court judge and to withhold his salary. Represented by attorney Christopher T. Van Wagner, Blomme previously pled not guilty to both the state and federal charges.

Blomme was arrested in March following a months-long “ investigation into multiple uploads of child pornography through a Kik messaging application account in October and November 2020,” said Wisconsin Attorney General Josh Kaul in a statement following a search of Blomme’s Cottage Grove home, his Milwaukee house, his vehicle, a friend’s house in St. Francis and his judicial chambers. The Kik platform is a free messaging platform popular with teenagers. The company reported that “DomMasterBB” was sharing videos with other users through private messages via an internet connection later associated with a Milwaukee County government building. A criminal complaint said some of the videos showed toddlers engaged in sexual acts with adult men.

The judge, 38, was first elected to a six-year term as judge in April 2020. Running as a liberal challenger, Blomme defeated Scott Walker appointee Paul Dedinsky. He took his seat on the bench in August 2020 and most recently was assigned to children’s court.

Get a daily rundown of the top stories on Urban Milwaukee
Blomme’s husband, Christopher Verhaeghe, and the couple’s two kids live in Cottage Grove. Verhaeghe works for UW-Madison as the assistant director of orientations. During his campaign, Blomme reported living in their Milwaukee home full time. Blomme and Verhaeghe’s children are not referenced in the indictment as being connected to the videos and none of the video descriptions match them.

The now-former judge previously served as the president and CEO of the Cream City Foundation from 2017 until his election. He also held the part-time position as head of the City of Milwaukee Board of Zoning Appeals after being appointed by Mayor Tom Barrett in 2019.

Blomme, according to court records, is currently in the Sauk County Jail in Baraboo.

A copy of the plea agreement is available on Urban Milwaukee.