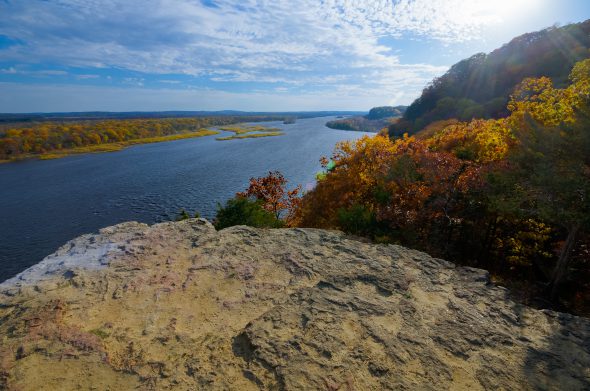 Sometimes, simple ideas are the boldest and most consequential. “30 by 30” isn’t a complex concept, but it has the power to help preserve our nation’s rich natural heritage.

30 by 30 refers to the effort to conserve at least 30% of U.S. land and ocean by 2030. The movement in the United States is part of an international campaign being waged in the face of the wide-scale global loss of nature.

The international campaign for 30 by 30 is motivated by the devastation of the natural environment over the past two decades. In the last 20 years alone, more than 1 million square miles of wild land has been lost across the globe. The goal of 30% is based on a scientific analysis that concluded that that is the minimum necessary both to limit the widespread loss of species and to mitigate the worst consequences of global warming. According to an international science panel, 75% of land environments and 66% of marine environments have, in the words of the scientists, been “severely altered by human actions.”

In the United States, 30 by 30 got a big boost when President Joe Biden, during his first week in office, signed an executive order committing the federal government to pursue the 30 by 30 goal. At the recent G7 meeting, Biden was joined by the leaders of the other nations in committing to the 30% target.

Biden’s 30 by 30 aspiration is ambitious, since the U.S is currently protecting only 12% of its land in a largely natural state, according to the U.S. Geological Survey. The goal of ocean conservation appears easier to reach, since 26% of our coastal waters are already protected.

While reaching the 30 by 30 goal is a challenge in our country, it is by no means unobtainable. According to the Wilderness Society, while only 12% of land is currently protected from development and destruction, 60% of the land in the U.S. is assessed to be in a “relatively natural or wild state.”

Recently, the goal of preserving land in a natural state received some very good news nationally and some not-such-great news in Wisconsin.

Nationally, Interior Secretary Deb Haaland recommended that the original boundaries of two large national monuments in Utah be reinstated. Donald Trump had slashed the size of Bears Ears National Monument by 85% and Grand Staircase-Escalante by 50%. Trump’s action was the largest rollback of land protection in our country’s history.

Haaland also recommended that protections for the Northeast Canyons and Seamounts marine monument be restored. That monument protects a species-rich ocean environment off the New England coast. On the day he was inaugurated, Biden ordered Haaland to evaluate the future of the monuments, and he is now widely expected to concur with the secretary’s recommendations.

In Wisconsin, the news is disappointing. Republican lawmakers, on a party-line vote, again failed to adequately support the Stewardship Fund. Stewardship is the state’s program to protect natural areas and wildlife habitat. Since I authored the fund in 1989, it has protected almost 700,000 acres of the best of what’s remaining of outdoor Wisconsin. Previously, Republican legislators slashed the fund from $86 million a year to $32 million. Earlier this month, the Republican-run budget committee killed a proposal by Gov. Tony Evers to restore funding to $70 million.

We are so fortunate that our state and nation contain such a wealth of amazing natural resources. However, with any great blessing comes great responsibility. We have an obligation to protect our remaining natural lands for future generations.

This column was originally published by The Cap Times in Madison.