By Isiah Holmes, Wisconsin Examiner - Jul 8th, 2021 11:35 am
Get a daily rundown of the top stories on Urban Milwaukee 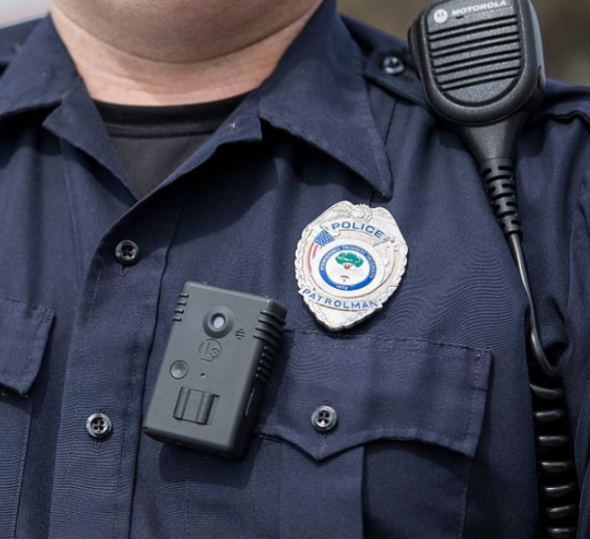 Milwaukee is exploring ways to send unarmed responders to certain calls rather than police. It’s an experiment that’s been on the minds of local elected officials and community organizers for some time — especially since protests of police violence started in 2020. Such responders would be particularly trained to respond to mental health crises.

Ald. Chantia Lewis said in a recent interview with UpFront that a new task force appointed to explore the issue in Milwaukee must collect data on how other cities handle such services. Lewis hopes developing a program in Milwaukee will help ease the burden on police officers. “They’ve been thrown into all these other duties, which is outside of their scope of training,” she told UpFront. “And so we should not expect them to do the job of a social worker. You didn’t go to school to be a social worker. You went to school or the academy to be an officer. So dividing the lines of duty, I think that is something that is going to be beneficial not just for the community, but for the officers as well.”

The task force’s findings will be reported to Milwaukee’s common council, which Lewis expects will happen 6-12 months from now. Similar reforms have been increasingly discussed over the past year, not just in the context of mental health-related calls, but also those involving domestic violence. As the policing debate reached the halls of state government, bills emerged dealing with these sorts of calls for service.

One, which received bipartisan support in the state’s troubled racial equity task force, focused on crisis training for officers. Under current law, all law enforcement officers except for sheriffs must complete training programs consisting of 600 hours of training, as well as 24 hours each year to re-certify. The bill would require officers to also complete at least four hours of crisis-management training in order to meet their yearly recertification requirements.

Another piece of legislation expanded grant programs for crisis management training to enhance law enforcement and behavioral health collaborative initiatives. The bill also modified the amount of money that could be awarded through a grant, so no single grant can exceed $100,000. Meanwhile,  many have called for what Milwaukee’s task force is now exploring — to make sure police officers aren’t the ones with sole responsibility to take the lead in certain crisis situations.

Ald. Nikiya Dodd, who joined Lewis in supporting the task force, pointed to voices within the police department calling for such a change. “Throughout the summer we have heard calls for reform within the police department, and in particular to decrease the dependence on police response to non-violent situations,” Dodd said last October, during talks about making a similar unarmed unit within the fire department. “During the fire department’s budget hearing it was clear that there are already synergies that exist to help us meet this goal, and this amendment provides some support to test the theory. Dodd insisted, “We are in need of a different approach to responding to situations where individuals are clearly in desperate need of help that shouldn’t involve law enforcement.”

When the unarmed first responders task force was announced in June, Lewis further highlighted the urgent need for a new approach. “We’ve seen here in Milwaukee and across the country incidents where law enforcement misunderstand the needs of a situation and make them worse. We need trained social workers responding to those situations, not law enforcement, unless it’s warranted.” Lewis added that, “the goal here is to reimagine the way of dispatching help, and how we create a safer community for everyone. I believe this task force can have a key role in creating trust within the community, reducing threats in volatile situations, and reducing the lag in response times where law enforcement is actually needed.”

Vaun Mayes, a community organizer who helped found the group Community Task Force, has questions about the proposal. He is particularly concerned about whether the people  who will be sent into these situations will be adequately prepared. “I do not believe that social workers and all this other kind of stuff should be responding to these calls,” Mayes told Wisconsin Examiner. He argued that groups like Community Task Force have already been doing these sorts of responses and interventions, without adequate support, for some time.

Lewis hopes that the community will also get involved as the task force process plays out. “To do this,” she said, “we have to have the proper experience and a vast array of knowledge at the table to handle such an undertaking.” She added that, “the community is welcomed and asked to participate along the way as we need all voices to help make this possible.”

The task force itself will be comprised of 15 members from various parts of the community. So far it includes alders Chantia Lewis, Milele Coggs, and Nik Kovac, as well as members of the Office of Violence Prevention. Representatives from the Milwaukee Police Department and Milwaukee County representatives David Muhammad and Cassandra Libal are also on the task force, as well as community appointees with research backgrounds.

“I believe that this should be a lot more inclusive,” said Mayes. “I think this is a good attempt at doing something different. But it could potentially be dangerous, and put people in situations that they can’t necessarily handle. So I get what they’re trying to do, but other people should be at the table for this.”