It's the sixth renovated playfield reopened by MPS and Milwaukee Recreation. 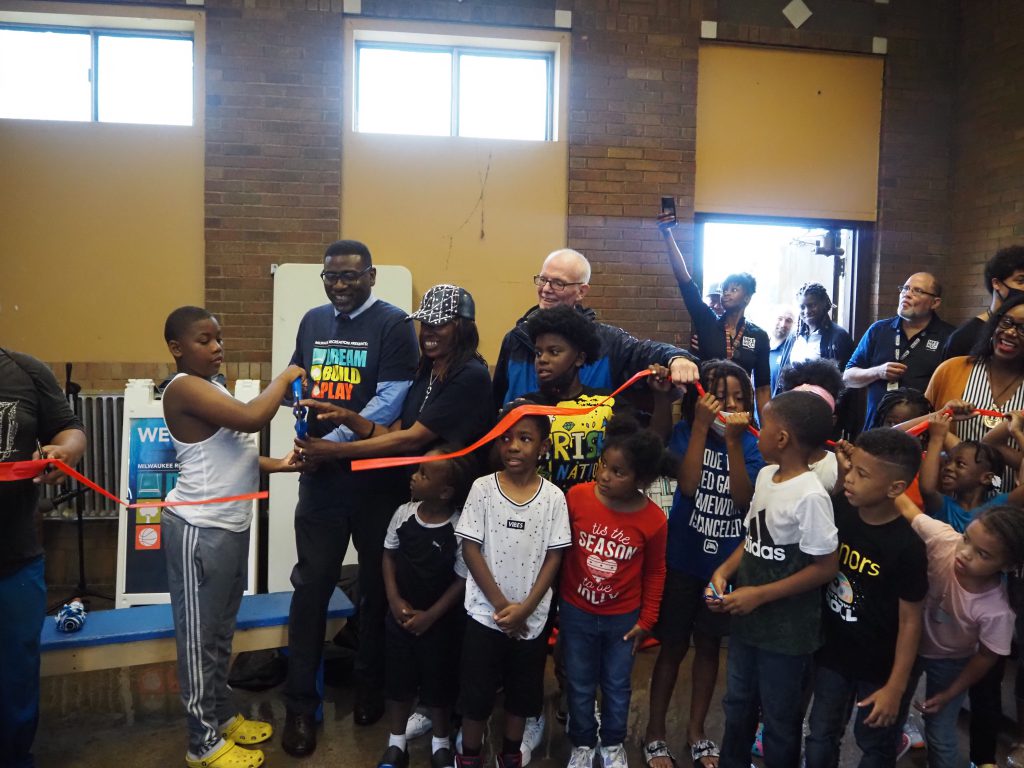 A cloudburst of rain didn’t stop Milwaukee Public Schools officials and local kids from cutting a ribbon to officially reopen Franklin Square Playfield, though they did it at a make-shift, indoor ceremony Tuesday morning. They were celebrating the sixth completed park of a multi-year effort to renovate 52 playfields throughout the city.

“Young people deserve a beautiful play space where they can learn and grow together,” said Keith Posley, superintendent for Milwaukee Public Schools.

Franklin Square Playfield will be used as part of the 2021 Summer Playgrounds program hosted by Milwaukee Recreation, a department of Milwaukee Public Schools. This program is designed for kids ages 6-17, allowing them to participate in games and enrichment activities at playgrounds around the city. Participants will also be provided with free meals.

Franklin Playfield was created as part of Milwaukee Recreation’s $25 million Playfield Revitalization Project. The order of the playfields replacement was established after analyzing the characteristics of neighborhoods, populations and playfield conditions.

“We started this journey to reimagine 52 playfields that are under our jurisdiction in 2014,” said Lynn Greb, director of Milwaukee Recreation. “And prioritizing equity remains our number one priority.”

Get a daily rundown of the top stories on Urban Milwaukee
So far, the project has resulted in renovations to the Clovernook, Southgate, Ohio, Cluster and Colombia playfields. The group broke ground on Green Bay Playfield on Friday, June 25.

After the ribbon was cut and the rain had slowed, Greb gestured to the damp crowd. 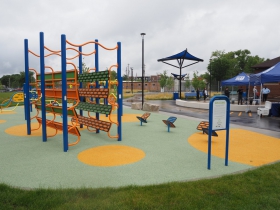 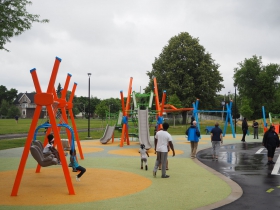 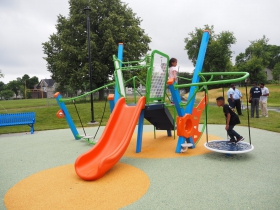 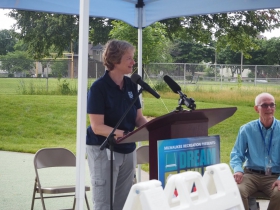 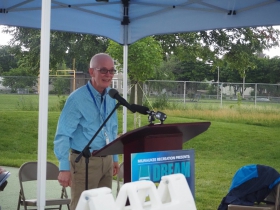 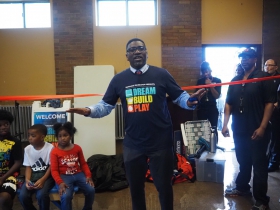