Plus: A new high-end Mediterranean restaurant. And Bulldog Ale House comes to town. 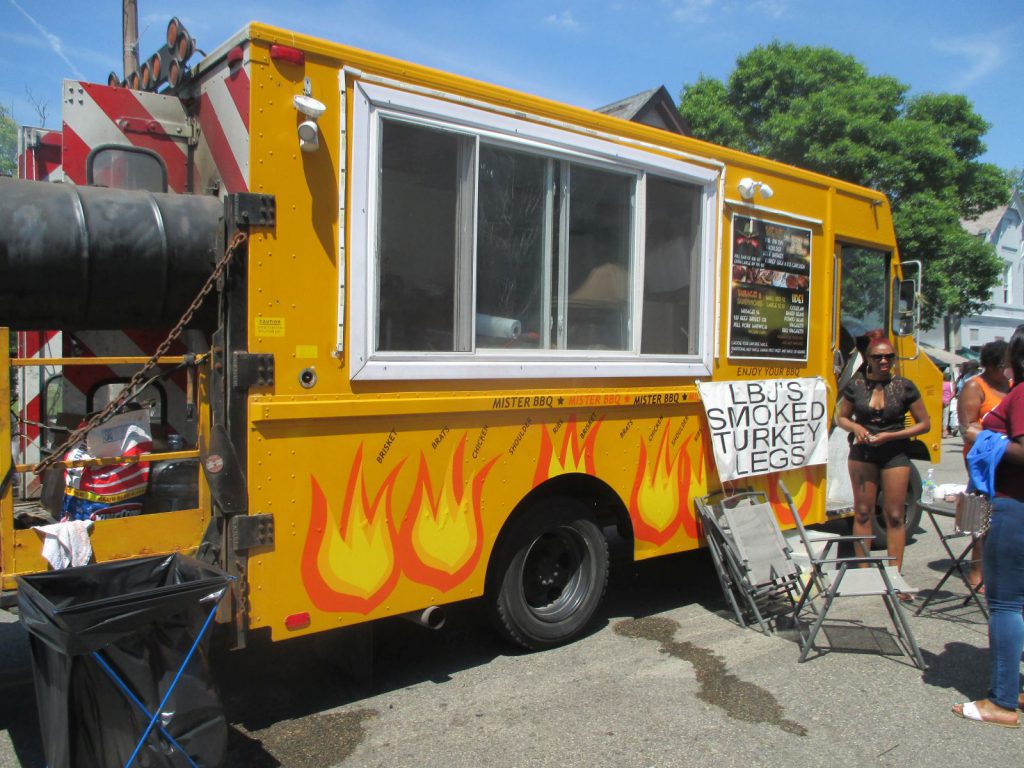 Jervel Williams has been serving up BBQ for 15 years, beginning with a hot dog cart downtown, later opening a store front operation, then switching to a popular food truck called Mister Bar-B-Cue licensed to operate in St. Francis, South Milwaukee and Cudahy. Now he will be opening a restaurant in St. Francis at 4241 S. Packard Ave. by September, as Erik S. Hanley reports:

The restaurant will offer a buffet-style experience with more sides. Williams plans to offer a smoked salmon fish fry, more sandwiches and sausages, too. The sandwiches and sausage can be had for $8 and up, with dinners averaging about $15. His most popular items from the food truck are the pulled pork and brisket.

A St. Francis resident for four years, Williams said the city is a “close-knit community that opens the door to entrepreneurs.” Williams has partnered with Diverse Dining, a program designed to let entrepreneurial chefs find out what a community thinks of their food.

“It also lets a community the chance to try different kinds of food and judge them,” Williams said. “We will have a featured chef once a month.”

The storefront was formerly Fat Dan’s, a DeRango’s and an ice cream shop. Williams said the location was vacant for a few years but was in good shape inside.

Fans of the food truck need not worry, as Williams hopes to hire three people to run it mainly on weekends at a new location: Grady’s BP gas station at College and Packard avenues in Cudahy. Anyone interested in a job should reach out on Facebook or through www.themisterbbq.com.

Bulldog Ale House is a restaurant chain with 10 locations in Illinois that boasts an extensive draft beer list and serves bar snacks, burgers and pizza. It is opening its first out-of-state location in West Allis, at the former Perkins space at 2878 S. 108th St. Hannah Kirby reports:

Owner Matt Ahmeti said he’s been trying to bring one of his ale house’s to the area for “a while.”

“I think our concept will fit in very well,” he said.

And with more than 40 beers on draft planned, including Wisconsin brews, he’s probably right.

Beer, pizza and burgers are the restaurant’s mainstays.

“I came up with the concept because I love beer and I love pizza and I love great food,” said Ahmeti, who opened his first Bulldog in 2010 in Carol Stream.

Nearly 95% of Bulldog’s food is made from scratch, Ahmeti said.

An entree Ahmeti recommends is the chicken and waffles: a golden-fried chicken breast served on a Belgian waffle and topped with bacon maple Buffalo sauce and dusted with powdered sugar…

A partnership between James Beard award-winning chef Adam Siegel and real estate developer Michael DeMichele is bringing a new Mediterranean restaurant to Milwaukee. Lupis & Iris is set to open on the first floor of the 7Seventy7 apartment tower located at 777 N. Van Buren St. in the East Town neighborhood and will specialize in French and Italian Riveria dishes. Urban Milwaukee’s Jeramey Jannene reports:

“Michael and I are excited to bring a completely new restaurant to Milwaukee,” said Siegel in a statement. “We both have a passion for food and dining excellence and want the city to have another signature restaurant it can be proud of. Unlike other cities, in Milwaukee there’s currently no true fine dining Mediterranean restaurant so we’re eager to fill that gap with Lupi & Iris.”

The restaurant will replace Maurer’s Urban Market grocery store which closed in July 2020 after 14 months in business. The opening is planned for Spring 2022.