By Laurel White, Wisconsin Public Radio - Jun 3rd, 2021 10:38 am
Get a daily rundown of the top stories on Urban Milwaukee 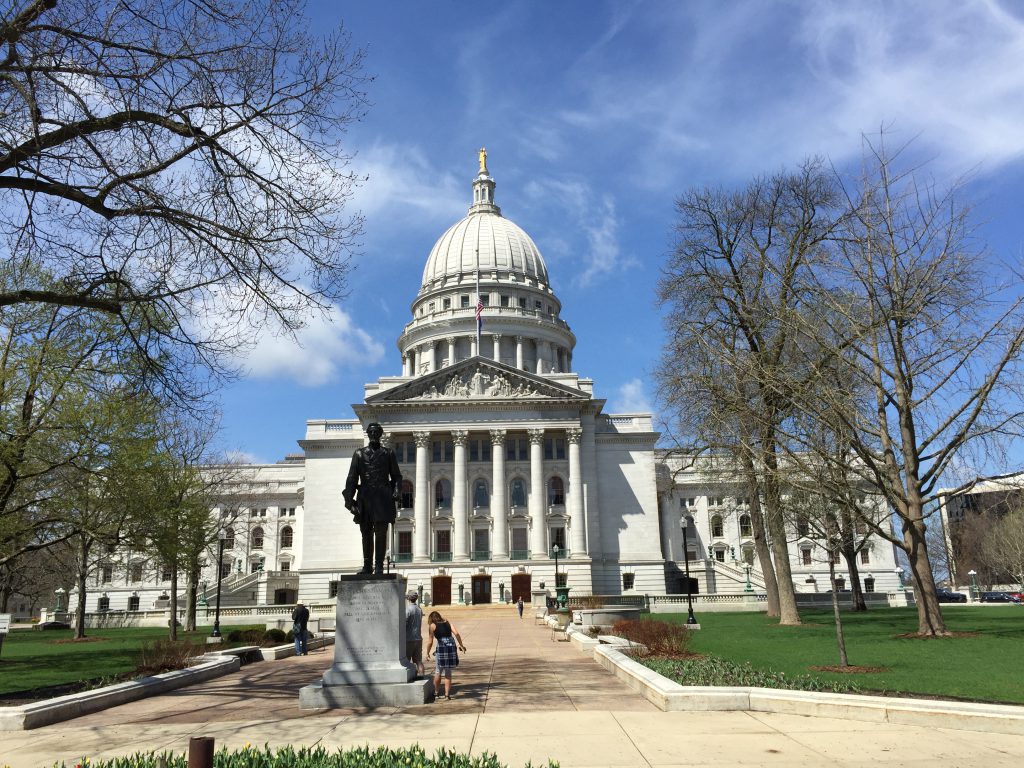 Wisconsin’s unemployment system runs on software developed in the 1970s, which has been blamed for substantial delays in unemployment benefit payments during the COVID-19 pandemic.

In his state budget proposal, Gov. Tony Evers called for $15 million in the second year of the next two-year state budget to begin upgrading the system. The project is expected to cost about $80 million.

In February, the Legislature approved a bill, which Evers signed into law shortly after, that requires the state Department of Workforce Development to begin the upgrades by June 30. However, the new law doesn’t include any state funding for the project. Instead, the law requires the workforce department to exhaust any available federal funds and return to the Legislature’s state budget committee with a specific price tag for completing the work. Evers administration officials have said that funding model could pose challenges as the state tries to garner interest and proposals from businesses that could take on the project.

“(The workforce department) already captured some federal money to start working on that and there’s a lot of federal money available for these type of (unemployment system) projects,” Born said. “We certainly assume they’ll continue to use this massive amount of federal money.”

Democrats on the committee pushed back, arguing the upgrades are already long overdue.

“Both sides of the aisle knew (the system) needed to be fixed,” said Sen. Jon Erpenbach, D-Middleton. “And we didn’t do anything about it, and then we had a pandemic.”

Republican lawmakers did approve $2 million for youth apprenticeship grants and $230,000 for vocational rehabilitation programs over the next two years in their budget plan.

“We have a workforce crisis on our hands right now,” said Rep. Shannon Zimmerman, R-River Falls. “We’re making a difference, we’re taking a step in the right direction to help address the workforce challenges.”

However, Democrats on the committee argued the GOP-approved plans don’t go far enough to fund things like job training programs.

“If there’s a crisis and we need to take action, why aren’t you taking action?” said Rep. Evan Goyke, D-Milwaukee. “Another missed opportunity.”

Democrats pushed a plan to spend $10 million for job training grants in response to the pandemic, $8 million for local workforce development agencies for pandemic recovery efforts, $200,000 for a health care jobs training and recruitment program and $1 million for green jobs training grants. All of those Democratic proposals were defeated on a 12-4 party-line vote, with Republicans voting against and Democrats in favor.

The GOP-approved plan also includes $25,000 for a Department of Workforce Development study that would examine converting Wisconsin’s unemployment insurance system to a sliding scale system that would adjust the number of weeks a person is eligible for benefits based on the state’s unemployment rate. The study would also look at other reforms that would, according to the plan, “provide incentives to work, and to keep working, while continuing to provide weekly UI benefits to claimants.”

GOP lawmakers also blocked a plan from the governor on Wednesday that called for $40 million to cover up to half of the cost of replacing private lead service lines connected to public water systems across Wisconsin.

Republicans on the committee argued federal coronavirus stimulus money could be used to replace the lead lines. Evers has sole authority over how those funds are spent.

Republican lawmakers on Wednesday also approved a budget for the Department of Agriculture, Trade and Consumer Protection that includes more than $1 million over the next two years to promote Wisconsin agricultural exports.

“We are really good at producing food, and we need to make sure that we’re creating markets for that great food that we produce on our farms,” said committee co-chair Sen. Howard Marklein, R-Spring Green.

The approved proposal would also require the agriculture department to coordinate with the Wisconsin Economic Development Corp. to draft a proposal outlining how the two agencies would use $5 million over five years to promote and increase agricultural export levels by 25 percent over their 2021 level by 2026.

The committee also advanced a Department of Natural Resources budget that would direct $2 million over two years to improve trails statewide for all-terrain and utility terrain vehicles.

The budget would also provide $200,000 to go toward programs like real-time tracking of snowmobile trail grooming.

Lawmakers also approved increasing the waterfowl stamp from $7 to $12. The additional revenue would be used to improve hunting areas and habitats.

Overall, the state budget process is scheduled to be completed by June 30. However, the deadline isn’t set in stone. If lawmakers and the governor can’t come to an agreement by then, the previous two-year budget will remain in effect to fund programs.