A nation-wide problem. In Milwaukee persons of color have access to 70% less park space.

By Shamane Mills, Wisconsin Public Radio - May 27th, 2021 11:00 am
Get a daily rundown of the top stories on Urban Milwaukee 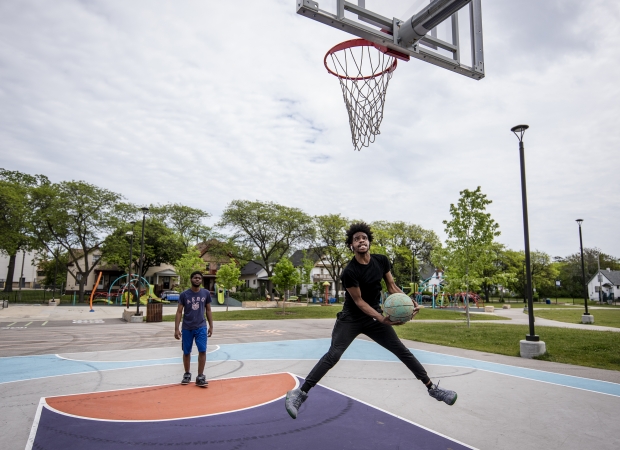 Milwaukee resident Myles Horton, right, plays basketball on a court at Columbia Playfield on Tuesday, May 25, 2021, in Milwaukee, Wis. Horton grew up playing at this park before it was renovated. Angela Major/WPR

A new national report shows more than 90 percent of residents in Madison and Milwaukee are only a 10-minute walk from a park, but both cities have less recreational space for people of color or those who are low income.

For the first time ever, The Trust for Public Land used racial and income equity as one of the factors used to rank park systems in the United States’ 100 largest cities.

Previously, rankings were based on four categories: acreage; investment; amenities; and access.

The additional category is meant to aid in improving park access to minority communities, said Nette Compton, associate vice president for The Trust for Public Land.

“How do we not just improve our park systems across the board but really look back at how we failed populations in the past and rectify that lack of investment?” Compton said.

“We recognize we have important work to do as we continue moving forward in park equity for all,” said Madison Parks spokesperson Ann Shea.

Milwaukee, which ranked 34th overall, has also invested heavily in its parks. But the report states residents in neighborhoods where most people identify as a person of color have access to 70 percent less park space than residents who are white. 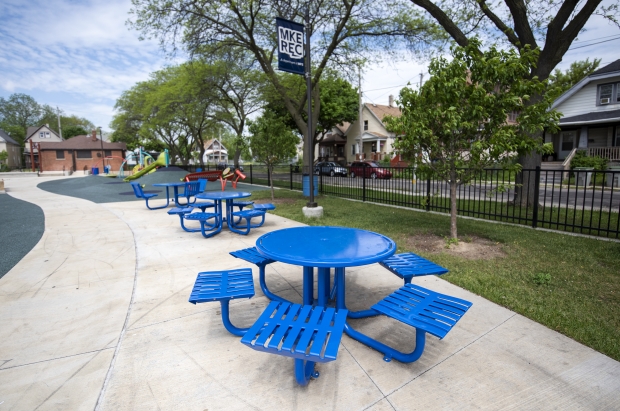 Getting Parks In Shape

Between 40 percent and 60 percent of Milwaukee’s 52 so-called playfields were in fair to poor shape, according to a 2014 report done by an outside consultant. Playfields are neighborhood parks rather than parks on school property.

The report lead to an equity-driven plan for upgrades to parks across the city, said Lynn Greb, director of Milwaukee Recreation. The department took into account neighborhood characteristics such as race, income, poverty and crime rate, along with the condition of the park.

“So we embarked on this 10-year, $25 million plan to change them to high-quality urban play places for the community, and we’ve prioritized which ones we do first based on equity,” Greb said.

So far, five playfields have been renovated and two more are under construction.

Greb recalls how Southgate Playfield, located on Milwaukee’s south side in the Southgate neighborhood, looked before its renovation was completed in August — and why few people used it.

“The whole site was asphalt,” she said. “The play structure had been set on fire at one point, it was in terrible shape. The basketball rims were gone and there were no trees.”

The renovation began in 2019 and was the first “major” investment to the space since the 1950s, when it was paved with asphalt, according to the city.

“The place is bustling with activity,” Greb said. 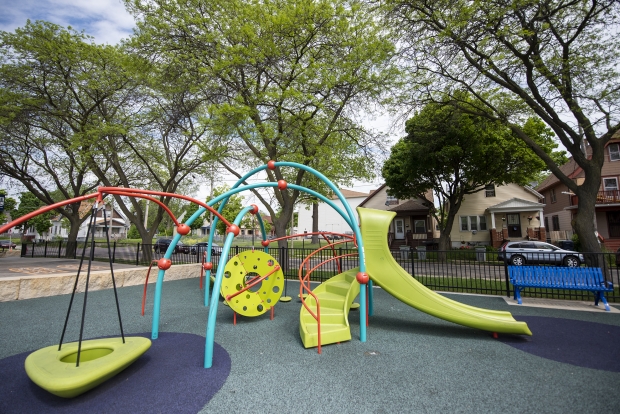 One sure sign the newly updated parks are getting use is trash pickup, which has “quadrupled” prior to what it was before the upgrade, she said.

Parks For All: Report Looks At Outdoor Equity In Largest US Cities, Including Madison, Milwaukee was originally published by Wisconsin Public Radio.