By Danielle Kaeding, Wisconsin Public Radio - May 26th, 2021 10:31 am
Get a daily rundown of the top stories on Urban Milwaukee 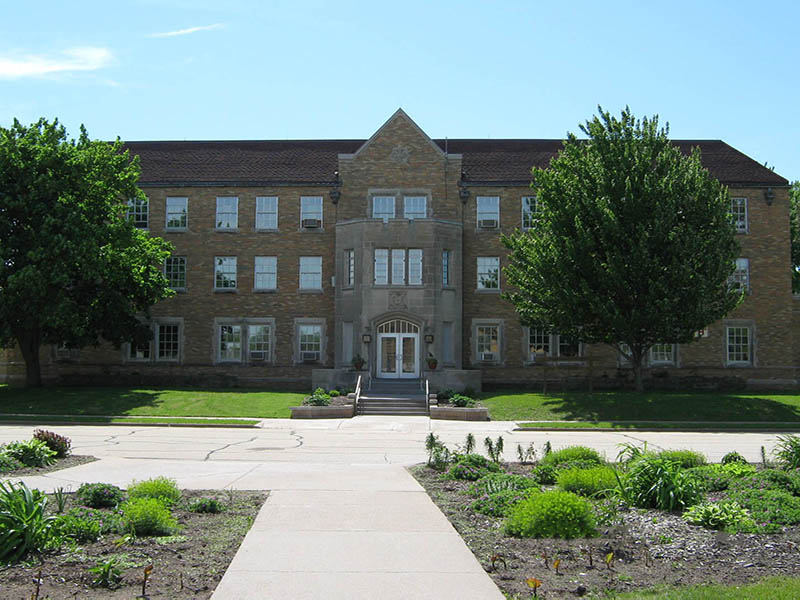 Nearly half of people housed inside Wisconsin prisons and youth facilities are fully vaccinated, exceeding the vaccination rate for the state as a whole.

The rate of vaccinations in state prisons had lagged behind other groups despite the fact that state health officials prioritized incarcerated individuals to get the vaccine amid pushback from Republican state lawmakers. In early April, only 7 percent of the prison population had received a single dose of the vaccine even though Wisconsin had a steady supply that prompted the Wisconsin Department of Health Services to expand eligibility about a month early to all those who are 16 years old and older.

Now, data from the Wisconsin Department of Corrections shows 8,972 individuals, or 47.2 percent, of 19,011 people eligible in state prisons have been fully vaccinated as of Tuesday. That’s compared to 41.1 percent of state residents who have completed the vaccine series. In total, 12,014 people, or 63.2 percent, of those currently incarcerated have either been fully vaccinated or received at least one dose.

At the same time, around 3,900 corrections staff have been vaccinated, but agency officials believe those numbers are likely higher.

DOC spokesperson John Beard said in an email Tuesday that new COVID-19 cases have been declining since a spike last fall. He noted there were just four active cases across 37 institutions Tuesday, adding that less than 1 percent of COVID-19 tests have turned up positive for the virus in recent weeks.

“However, we agree with health experts that vaccination is the best way to keep numbers down and eliminate the virus, helping protect the health of persons in our care, our staff and surrounding communities,” Beard wrote.

More than half of the state’s prisoners — 10,976 people — have contracted COVID-19 since the beginning of the pandemic. Since the first of the year, the number of new COVID-19 cases has fallen off dramatically, with DOC reporting 564 cases since Jan. 1. During a surge of the virus in November, DOC reported roughly as many COVID-19 cases in a single day within state prisons.

State Sen. Van Wanggaard, R-Racine, called the vaccination rate in Wisconsin’s prisons “amazing” Tuesday. Wanggaard was among lawmakers who supported a GOP proposal earlier this year that would’ve barred inmates from receiving the shot earlier than they would otherwise. He voiced concerns that inmates might have been prioritized over some seniors who face a greater risk of dying from a COVID-19 infection, noting he isn’t against vaccinating incarcerated individuals.

“That was more about the policy decision that was being made, and law-abiding citizens seemingly being put as second class or second-class citizens,” said Wanggaard.

Gretchen Schuldt, executive director of the Wisconsin Justice Initiative, said she thinks political pressure from Republicans might have played a role in the agency’s initial lag in vaccinating prisoners.

“Given where they started a couple months ago and how slow they were, this is a marked improvement,” she said.

While more people are getting vaccinated behind bars, DOC data also shows more than one quarter — roughly 27 percent — of those currently incarcerated are opting not to get the shot at this time.

Health experts highlight that incarcerated individuals are at higher risk for COVID-19 outbreaks due to a limited ability to social distance and other societal factors, said Dipesh Navsaria, a physician and associate professor of pediatrics at the University of Wisconsin-Madison School of Medicine and Public Health.

“People who typically are in carceral settings like jails and prisons (that) are disproportionately people of color, people with lower educational attainment and people who come from backgrounds of poverty, trauma, stress, and are often subject to racial bias and discrimination,” said Navsaria. “And all of these elements tend to play into just being at higher risk.”

Navsaria noted that COVID-19 case rates have begun to fall significantly as half of the country has been vaccinated, underscoring the benefits of those who receive the shot.

A report released last month by the federal Centers for Disease Control and Prevention highlighted concerns among those incarcerated with getting the vaccine. A survey last fall of 5,110 people detained in correctional facilities across four states found fewer than half were willing to be vaccinated prior to emergency authorizations of the vaccines. Participants cited a need for more information and concerns over safety while willingness to get the shot was lowest among Black people.

Advocates for those incarcerated say distrust plays a large role in vaccine hesitancy, including Shannon Ross. He spent nearly 17 years in prison for reckless homicide in what Ross has referred to as a “massively stupid act of revenge” as a teenager. Ross, who was released from Prairie du Chien Correctional Institution in September, said the reason people inside state prisons don’t get the vaccine are similar to those on the outside.

Ross has been working to address vaccine hesitancy through his newsletter The Community, which he says reaches half of the state’s prison population. He released a special COVID-19 issue of his newsletter last month after being approached by the Medical College of Wisconsin and a DOC staff member.

“It’s colored by this desire to have people more comfortable to take it,” said Ross. “But, at the end of the day, it’s wanting to have good information, so they make a decision based on not so much emotion and what their auntie is telling them or the (corrections officer) is telling them, but what is coming from medical experts.”

Beard said the agency has offered videos and data from state and federal health agencies detailing the safety and effectiveness of the vaccine in addition to meeting individually with people to discuss vaccination.

“I would like to note vaccination is not a now or never proposal,” wrote Beard. “Just because a person is hesitant to receive the vaccine today does not mean they cannot change their mind and want to get vaccinated tomorrow. In that case, we would make sure they get the vaccine.”

Advocates for incarcerated individuals would like to see the agency work with credible messengers like Ross and outside groups to better communicate with those on the inside.

“I think it’s going to depend more on word of mouth between people who are incarcerated than down from the white shirts and the corrections officers and the DOC brass,” said Schuldt.

After Slow Start, Nearly Half Of Wisconsin’s Prison Population Has Been Fully Vaccinated was originally published by Wisconsin Public Radio.