River Bank Plaza will get redeveloped. 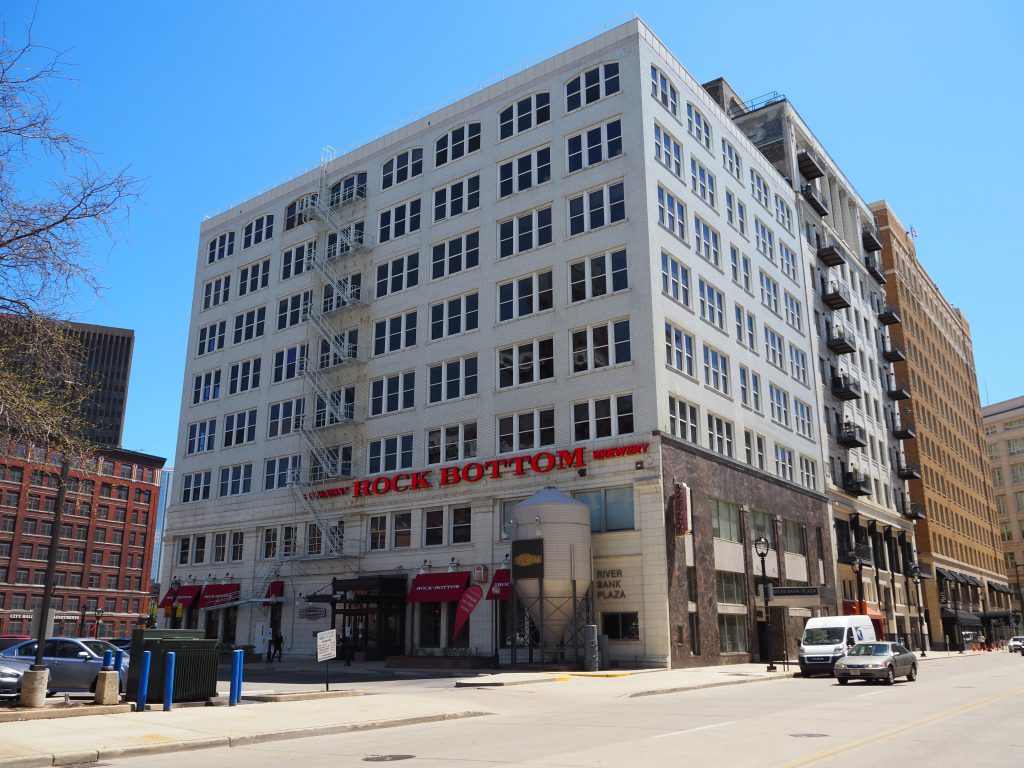 The plan calls for more than 130 apartments including studio, one, two and three-bedroom layouts. The three-bedroom units would have a “rooftop duplex” layout according to a press release from the Rosemont, IL-based real estate firm.

The building is located just south of E. Wells St. with its rear facade attached to the Milwaukee RiverWalk. The redevelopment plan would include boat slips for tenants and a rooftop deck.

First-floor tenant Rock Bottom Brewery will remain and is expected to continue to operate during redevelopment.

It would be the second office-to-apartments conversion in Milwaukee for Joe Slezak‘s real estate firm. 3L redeveloped the 12-story office building at 735 W. Wisconsin Ave. into 735 West, a 144-unit apartment complex. That project was completed in 2018.

Get a daily rundown of the top stories on Urban Milwaukee
“3L is excited to add another exciting project to Milwaukee’s booming downtown,” said Slezak in a statement. “This building has had a long legacy on the Milwaukee River as the area has evolved over the past century, and 3L is proud to be redesigning it for the next century as part of Milwaukee’s growth on the national stage.”

Slezak’s firm acquired the 81,865-square-foot building and surface parking lot to the north from River Bank Plaza LLC, which lists Rick Mitchell as its agent. A purchase price was not disclosed and does not appear in state real estate transfer records. The property was assessed for $4.51 million in 2020.

The building was constructed starting in 1911 for the Merchants & Manufacturers Bank. It was originally designed by the firm of Fernekes & Cramer and constructed by Northwestern Concrete Co.

A stand-alone sign in the parking lot lists these tenants: Theiss Interior Design, design firm Wilson Esser, David Liska Custom Jeweler and Miller & Ogorchock S.C. A sign on the lobby door lists a number of other tenants. But much of the building is empty. A leasing flyer from Founders 3 indicates the building has 30,040 square feet of space for lease.

River Bank Plaza is not historically protected by the city, but is on the National Register of Historic Places as part of the West Side Commercial Historic District.

The building is immediately north of the Riverfront Lofts condominium building, another adaptive reuse project from decades prior.

The River Bank Plaza conversion mirrors an accelerating trend downtown where Class B and C office space is being repurposed as housing. Urban Milwaukee reported on The Sentinel Building conversion last week and the Street Car Flats project is also underway. Other projects just in the Westown neighborhood include 3L’s 735 West, MKE Lofts, The Buckler, the Plankinton Arcade and Century Building. A number of other office buildings are being converted to hotels and other uses and new Class A office buildings are being developed. 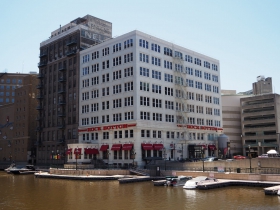 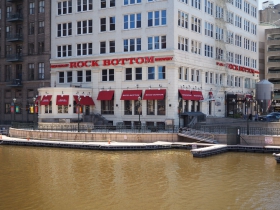 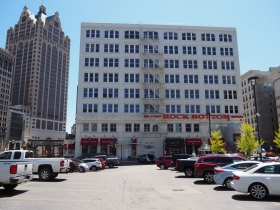 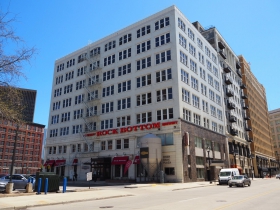 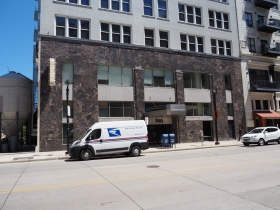 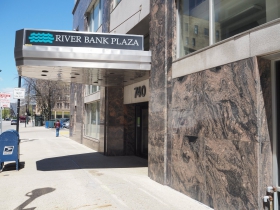