Program is intended to connect at-risk youth with mentors and social services. 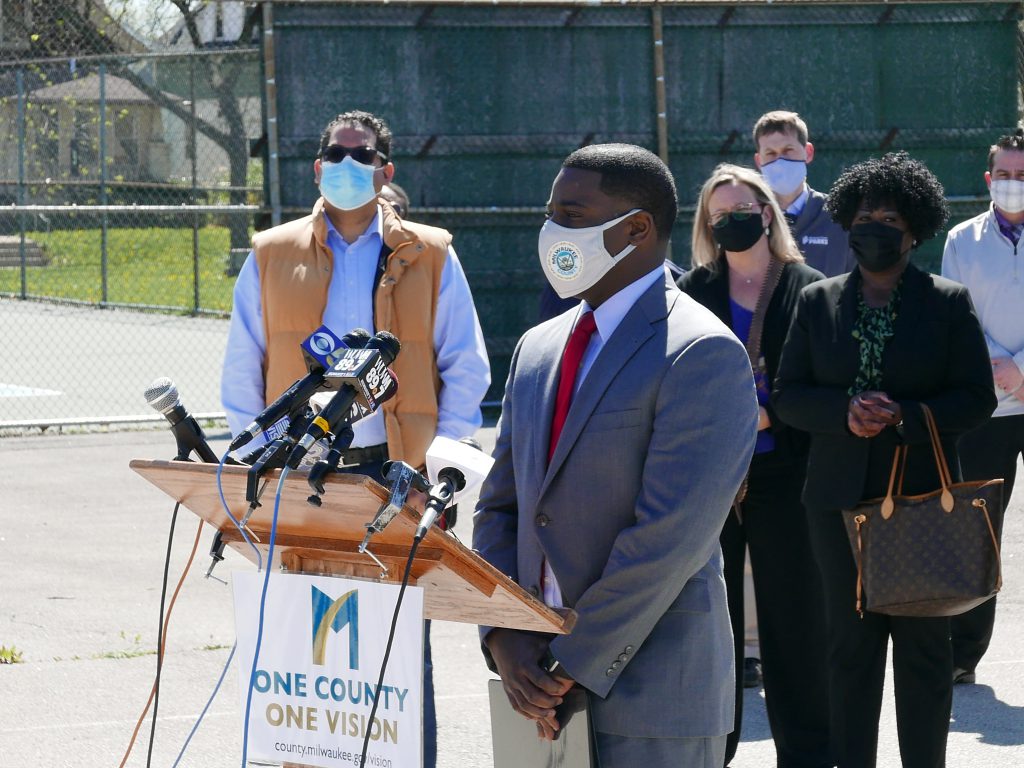 Milwaukee County is launching a violence prevention effort that will focus on using credible messengers to work with and mentor youth that are at risk or already involved in the justice system.

Credible messengers are adults that have life experiences similar to the ones that a young person may be experiencing. The new program, County Executive David Crowley said, is “a community based approach to youth justice that focuses on mentorship and restorative justice in action.”

Crowley and others held a press conference in Sherman Park Wednesday morning to announce the new program. Less than two weeks prior, a teenager was shot and killed on the basketball court there. The county executive said the shooting was “part of a trend that we’re seeing of arguments and disagreements between people who know each other escalate to violent conflict.”

The county is partnering with four organizations that have already been doing credible messenger work for years. They are 414 Life, Running Rebels, WestCare and Milwaukee Christian Center Violence Free Zone. It will also work with the City of Milwaukee Office of Violence Prevention on the project.

Get a daily rundown of the top stories on Urban Milwaukee
David Muhammad, deputy director of the Milwaukee County Department of Health and Human Services, said the investment was a “capacity building effort” to partner with organizations “who are unafraid to work with the highest risk youth.”

The messengers will be supported by DHHS and the county’s Division of Youth and Family Services to provide support and services to both the children and their families, Muhammad said.

Arnitta Holliman, with the city’s office of violence prevention, said “engaging with youth early and often is critical to this work and an integral part of primary prevention.” She also said, “We have to care about our youth every single day and not just when they’re hurt or harming themselves or others.”

Victor and Dawn Barnett, co-executive directors of Running Rebels, spoke at the press conference of how they have been working for years mentoring youth. They said something that Crowley also said, which is that many people working on these issues and with youth are doing it for free, on their own time.

Dawn said that for all the negative stories about violence in the media, “You don’t even see everything that’s been prevented” by the type of work their organization and others do.

Crowley said that the work the Barnetts and many others do is not for the “faint hearted.” But he also explained that he knows from personal experience how important a mentor can be in the life of a young person.

The county executive said his time with Urban Underground as a kid “led me to find my passion and purpose.”

“We have to do everything we can to ensure the success of the next generation,” he said.