Neighborhood charm and a spiritual connection to Lake Michigan. 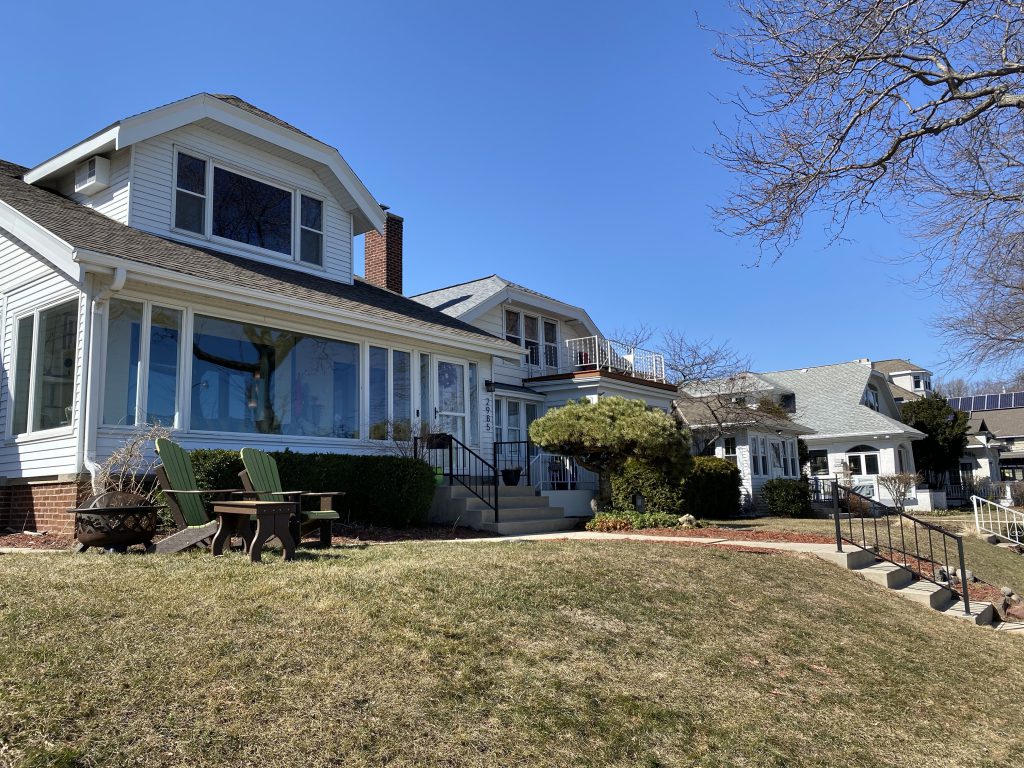 Distance: Two miles — or three, with the extension on S. Shore Dr.

Start: At the corner of Russell Ave. and Kinnickinnic Ave.

Bay View hasn’t always been the bucolic neighborhood we see today on the shore of Lake Michigan. It first developed as an industrial suburb when Eber Brock Ward from Detroit established the Milwaukee Iron Company in 1868. Picture what is now the south end of the Hoan Bridge, with iron forges belching sooty smoke and a beehive of activity for as many as 1,500 iron workers.

It became known as the Bay View Rolling Mill, and soon surrounding farmer’s fields were converted into neighborhoods, with row after row of modest homes popping up to house the iron workers. Bay View was now officially a company town, incorporated in 1879, and annexed by the City of Milwaukee in 1887.

As John Gurda wrote in Bay View, Wisconsin in 1979, “The rolling mill gave birth to the village of Bay View, and it was a major local institution for more than sixty years. Hundreds of Bay Viewites set their clocks by the mill whistle and they watched every night when the molten slag was poured into the lake and lit up the sky like the Fourth of July.”

Conditions were tough for those iron workers who worked the massive blast furnaces used to produce iron rails for the railroads. Inside the mill was an inferno, especially in the summer heat, with temperatures up to 160 degrees, no air conditioning, and no electric fans because there was no electricity. The men worked six days a week, 12 hours a day. For this horrific labor, their daily wages ranged from $5.00 for the skilled workers, down to $1.15 for the unskilled.

Is it any wonder these super human workers rioted on May 4, 1886, when 14,000 sympathizers gathered by the mill? They were met by the National Guard called in by Governor Jeremiah Rusk. After seven people died including a thirteen-year-old boy, someone suggested, “It would have been better if Rusk’s militiamen had not been so quick on the trigger.” It is written that Rusk replied, “I seen my duty and I done it.”

When the dust cleared, the rioters returned to the mill to work their usual twelve-hour days.

On June 25, 1868, Congress had established an eight-hour workday for federal employees, but it took until 1937 and the Fair Labor Standards Act under the New Deal for the eight-hour day, forty-hour work week to be the standard for all of the nation…

Start the walk at the corner of Russell and Kinnickinnic and travel east, but first, note the Church of the Immaculate Conception. In 1907, the new church’s name represented a victory for the women. The men of the congregation wanted to named it after Saint Patrick, while the women wanted to honor the Immaculate Conception. To settle the issue, votes were sold, with the proceeds going to the building fund, and the ladies won.

Turn left on St. Clair where you’ll see Puddler’s Hall at 2461. The puddlers were the iron company’s skilled workers who worked the blast furnaces. They build Puddler’s Hall in 1873 for their weekly union meetings. After they sold the hall in 1892, it was repurposed as a tavern. A 1921 addition to the original still stands on St. Clair, a place where locals drink, an homage to those fire-eating puddlers.

Follow Conway around the bend where you’ll come to the old-world charm of Three Brothers Bar and Restaurant, located in a building constructed in 1897 for the Schlitz Brewing Company. Today, the Radicevich family continues to use only their traditional family recipes, and their Burek is considered one of the finest in the city. When French Chef Julia Child visited Milwaukee in 1990, she dined at Three Brothers because her agent wanted her to “see not only the city’s fancy spots, but good home-cooking restaurants as well.”

Continue around the corner to DeMarinis restaurant, known for its Italian specialties and especially the pizza. Keep bearing right until Conway becomes Superior Street. At 2590, Bay View’s first lending library was established in the home of Beulah Brinton, wife of a mill executive, and a social activist ahead of her time. How appropriate to see a Little Free Library in front of the house.

Around the corner on Pryor is Milwaukee’s last public artesian well, the Pryor Avenue Iron Well, where people supply themselves with iron-rich waters from deep under the city. This is the only place in Milwaukee where you can get water not drawn from Lake Michigan!

Continue on Superior to Iron Street, turn left toward Lake Michigan, and left again on S. Shore Drive, where you can enjoy the lovely homes, the sparkling blue lake, and magnificent views of Milwaukee’s skyline. As Gurda wrote, “Bay View has the majesty of the lake at its door step. More than anything else, the lake gives the neighborhood a serenity, a sense of relationship with the world beyond the human. Not surprisingly, many Bay Viewites develop what amounts to a spiritual relationship with Lake Michigan.”

The Groppis, Giocondo and Giorgina, came from Lucca in Tuscany and opened their small grocery store on Russell in 1913. Sons Mario, Tom, and Louis kept the store going after their parents passed, but son James, known to many as Father Groppi, chose the priesthood instead. He became a powerful figure in Milwaukee, known for his Civil Rights activism in the 1960s.

In 2003, after Mario Groppi passed, brothers Tom and Louis sold the store to John and Anne Nehring who kept the wood floor and the narrow aisles of the original market. Step in for a walk back in time. Or, perhaps a treasure hunt, as you go further into the back to discover multiple brands of pasta, a case filled with imported cheeses, a deli and the wine department. Some might agree the Nehrings knew what they were doing when they located the bakery next to the check out.

On the next corner is At Random, known for fancy ice cream drinks for 62 years, and across the street, Delaware House, where fitness, dance, and yoga instructors will massage your body and your mind.

Follow Russell back to start at Kinnickinnic and the end of this micro view of Bay View’s charm, along with a bit of local lore, history, and culture. For Sale signs are seldom seen in the neighborhood, as Gurda wrote: “One of Bay View’s favorite myths is that you have to know someone to buy a house there. According to popular legend, houses are treated like family jewels, and they are passed down only to relatives and close friends.”

For a longer walk, add a mile by continuing south on Shore to the turnaround, before turning north and returning to Russell. The homes between Bennett and the end of Shore have extraordinary views of both Milwaukee’s skyline and Lake Michigan. The windows and front porches on these homes suggest the residents think so, too. 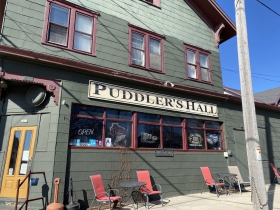 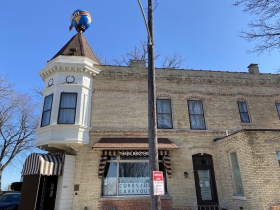 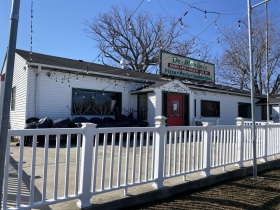 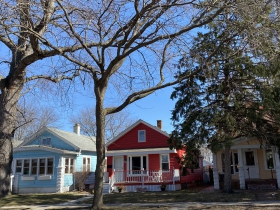 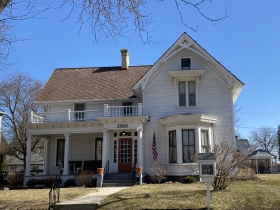 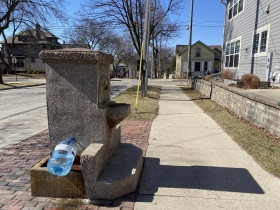