The Push For a New U.S. Constitution 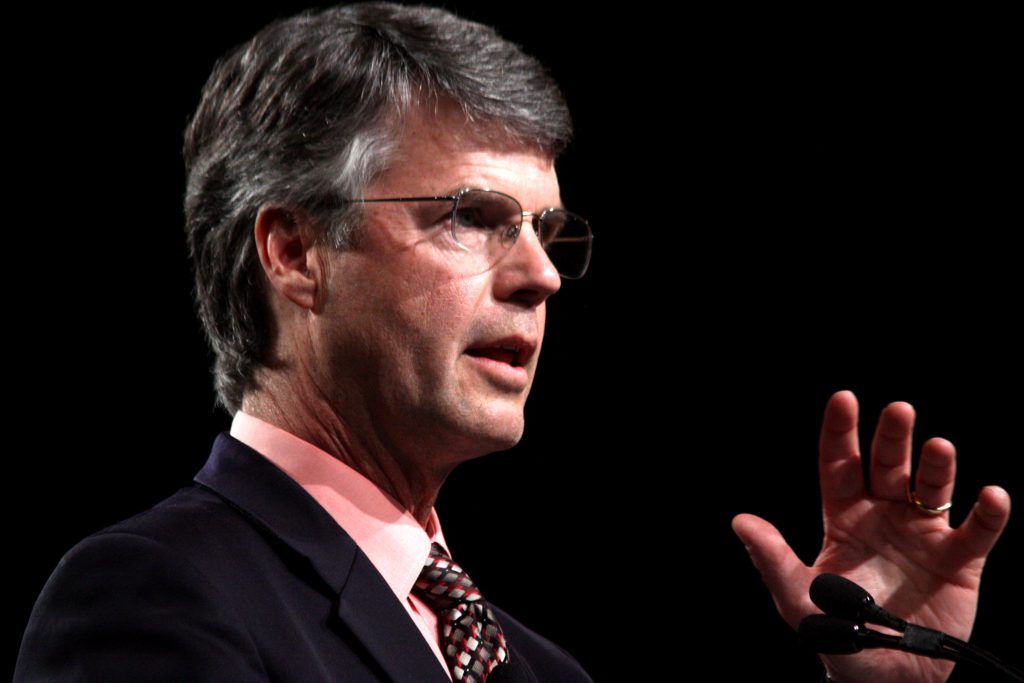 Scott Walker thinks America needs a new constitution. So does Eric O’Keefe, the conservative activist best known for opposing the John Doe probe of Walker’s campaign. So do many of the state’s Republican legislators.

The national effort, which some believe is close to having enough state support to call for a constitutional convention, has been tracked by the Madison-based Center for Media and Democracy (CMD). And the Huffpost recently did a deep dive into the issue with a detailed story entitled, “A Radical Right-Wing Dream To Rewrite The Constitution Is Close To Coming True.”

“Since 2014,” the story notes, conservative groups “have helped persuade lawmakers in 15 states to pass resolutions that call for a new constitutional convention.” And this year, legislators proposed 42 Convention of States resolutions in at least 24 new states,” according to the CMD.

Should 34 states pass such resolutions, that would meet the provision in Article V of the U.S. Constitution that allows a convention to be called if two-thirds of the states demand it. But proponents of a convention note that going back to the 1950s, 29 states passed another resolution ― calling for a Balanced Budget Amendment. They argue that taken together, these two resolutions add up to enough states wanting a new convention. “And last year, former Wisconsin Gov. Scott Walker (R) began pushing Republican officials to sue Congress in an effort to force a convention call,” the story notes.

Since then, however, Colorado foiled that plan: its Legislature voted in April to rescind “all of the previous convention resolutions its general assembly had passed in an effort to ensure the state did not play an unwitting role in the calling of a new convention.”

But the push continues to get states to sign on to this movement. “Wisconsin Republicans have advanced Convention of States Project resolutions out of committees in both chambers of the state legislature and could bring them up for floor votes soon,” the story notes.

Get a daily rundown of the top stories on Urban Milwaukee
As with the Tea Party movement, the push for a constitutional convention is portrayed as a “grass-roots movement,” while liberal critics call it a top-down “astro-turf” effort that’s pushed by groups with heavy funding from corporate interests. “I’m not convinced that the Convention of States Project really is a movement,” said Georgetown Law Professor David Super, who has closely followed these efforts. “It’s a well-funded organization that passes itself off as a movement,” he told Huffpost.

Two key groups are involved in the push for a new convention: the Convention of States Project and the American Legislative Exchange Council (ALEC)  Urban Milwaukee has written about ALEC, a secretive group which has been heavily funded by fossil fuel companies and creates model legislation that states like Wisconsin have used to pass corporate-friendly bills backed by ALEC. It has also gotten significant funding from Koch foundations and Milwaukee’s Bradley Foundation. Of the Wisconsin lawmakers supporting the call for a constitutional convention, 16 have links to ALEC, the CMD reported.

As for the Convention of States Project, it’s even more shadowy than ALEC. It was created in 2014 by another group, the Citizens for Self-Governance, a right-wing group founded by O’Keefe and Mark Meckler. Meckler was the founder of the Tea Party Patriots and is the acting CEO of Parler, the social media platform popular on the far right. O’Keefe has been connected to the Kochs and Meckler and their various groups going back decades and is board chair of the Wisconsin Club for Growth. Urban Milwaukee did a profile of O’Keefe, who lives in Spring Green.

Citizen for Self Governance, the parent of the Convention for States Project, has “received more than $12 million from groups linked to brothers Charles and David Koch and other major conservative donors between 2010 and 2018, according to IRS filings reported by the Center for Media and Democracy and Splinter,” Huffpost noted.  And the Mercer family, a big supporter of Donald Trump and many right-wing causes, has donated at least $500,000 to the group, as CMD reported.

Super predicted that if the Republicans win the 2022 midterm elections and gain big majorities,” they will try to call an Article V convention immediately.”

But because such a convention has never been called, its legal basis and limits are not clear. The idea of cobbling together resolutions for a balanced budget with those calling for something more sweeping to get to 34 states might be thrown out by the courts. There is also the fear of a “runaway convention,” that could pass resolutions beyond those for which the convention was called, and would surely be subject to court challenges.

There are also conservatives who oppose the effort, arguing that the true goal should be to get federal courts to enforce an originalist interpretation of the Constitution, not supplant it with a new one. Andy Biggs, the Arizona Republican congressman who has been accused of helping organize the Capitol insurrection, has called the convention plan “a con.”

But there is a lot of money and momentum behind the movement, enough to say it is not pie in the sky. And it’s an effort that could have radical and unforeseen consequences. Former Supreme Court Chief Justice Warren Burger once warned about such a convention: “[T]here is no way to effectively limit or muzzle the actions of a Constitutional Convention,” he wrote. “The Convention could make its own rules and set its own agenda. Congress might try to limit the Convention to one amendment or one issue, but there is no way to assure that the Convention would obey. After a Convention is convened, it will be too late to stop the Convention if we don’t like its agenda.”

4 thoughts on “Murphy’s Law: The Push For a New U.S. Constitution”