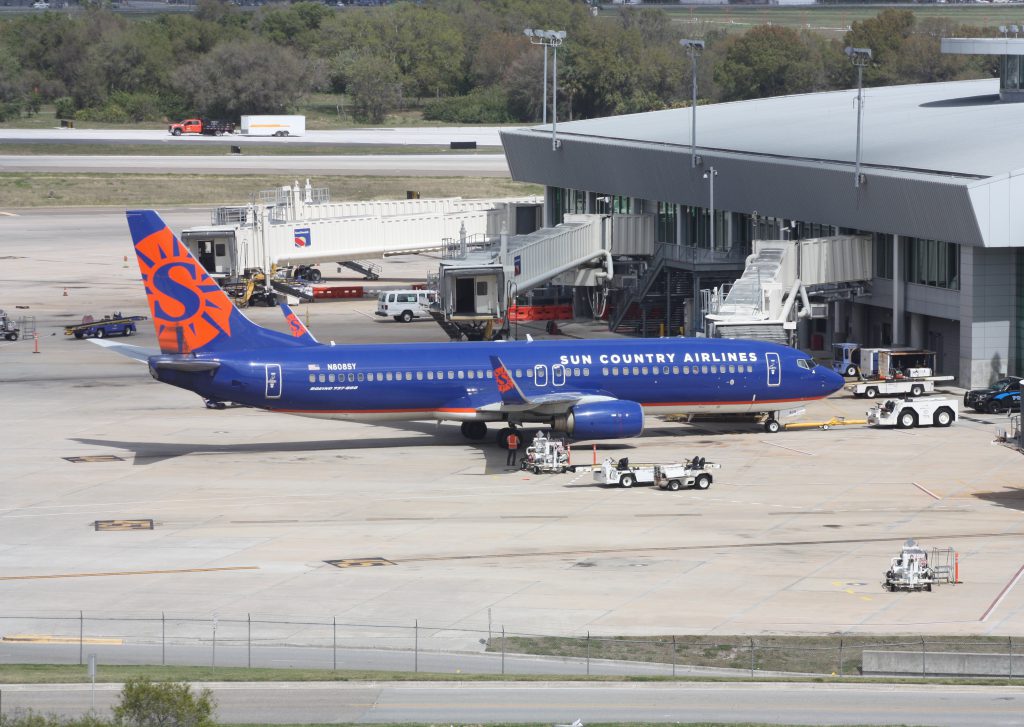 Another week, another new airline for Milwaukee Mitchell International Airport.

Known as an ultra-low-cost carrier, the airport will offer flights to Minneapolis starting at $39. It will also offer nonstop flights to Las Vegas, Phoenix, Fort Myers, FL, and Cancun, Mexico. The domestic routes will have one-way fares starting at under $100.

The new route to Cancun will be the only nonstop service from Milwaukee to Cancun, with fares as low as $179.

“MKE is excited to welcome Sun Country, giving our passengers new options to five nonstop destinations from Milwaukee,” said airport director Brian Dranzik in a statement. “Sun Country’s low fares and great service will be popular for many travelers in southeastern Wisconsin and northern Illinois.”

“We know folks are excited to resume traveling, and we’re happy to be able to offer them the opportunity to travel to these destinations with us,” said Sun Country Airlines Chief Revenue Officer Grant Whitney.

Get a daily rundown of the top stories on Urban Milwaukee
It’s the third airline to announce its first flights from Milwaukee’s airport since late February.

Spirit Airlines announced it will begin offering nonstop service to Los Angeles, Las Vegas and Orlando in June. And JetBlue Airways will offer nonstop flights to New York City and Boston starting in 2022.

Amazon Air owns a minority stake in Sun Country, using the airline to ship cargo across the country and augmenting the latter company’s leisure-focused flights and revenue.

Sun Country, with a fleet of 44 planes, became publicly traded on the NASDAQ stock exchange on March 17th, 2021. It has a market cap of $2.3 billion.