A Stunner About a Sociopath

Next Act’s “9 Circles” offers psychological interrogation of young killer with a powerful performance by Casey Hoekstra. 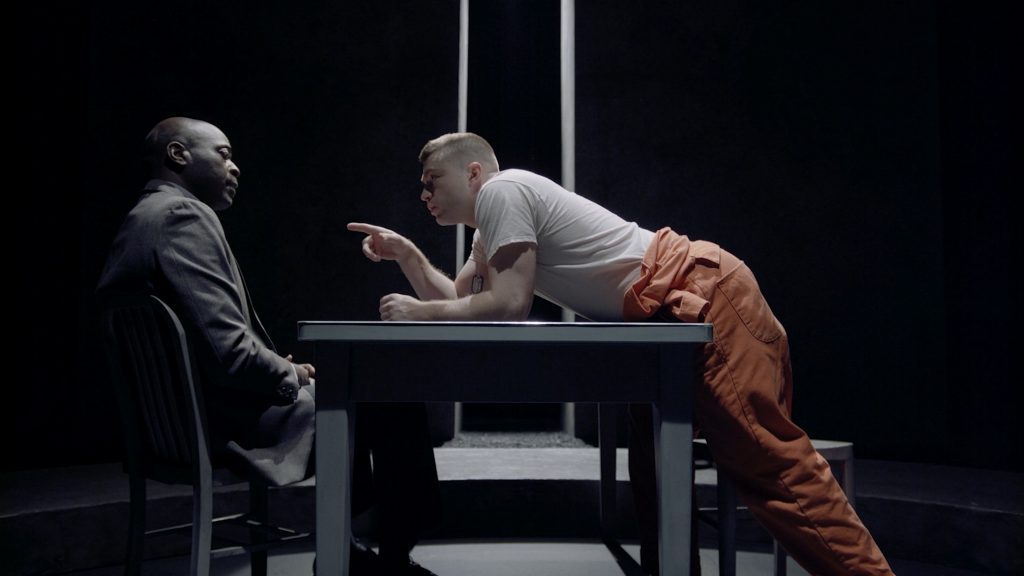 The pandemic has opened the door to a hybrid entertainment form that combines circular stage design, rapid-fire confrontational language and the observable microphones of theater with the close-ups, moving camera and intimacy of movies – a virtual form that Next Act Theatre has clearly mastered just as it is likely to go away in favor of full live theater in the company’s future works.

From now to May 16, however, we have 9 Circles presented in that hybrid format, offered a stunning, intelligent exposure of all the issues we have been thinking about when troubled American youths are given easy access to jingoist rhetoric and guns, be they used in school or mall shootings or, as in this story based on real life, the Iraq War.

Bill Cain, an accomplished playwright as well as a Jesuit priest, probes what is normally off-limits for human compassion — the severe sociopath, which is what his protagonist Daniel Reeves proclaims himself (standing in for the late Stephen Dale Green whose crimes were written about in an excellent book, Black Hearts).

Theater has always known the appeal of even remorseless villainy (look at Shakespeare) but sociopaths? Those incapable of any compassion for victims? That is how Reeves sees himself and behaves accordingly. But Cain with his eloquence and whirlwind brain digs inside the gung-ho mind-set of a Texas loner and druggie the Army gave special dispensation to and then sent to Iraq. It is not just the history of that war but the history of today’s America that forces the audience to examine facets of all the manic killers we have been seeing. Cain understands why they scare us so and yet demand an exploration of the twisted depths of the human heart.

To do so, he has borrowed at least for the title a bit of the structure of Dante’s Inferno and puts theological as well as psychological interrogation techniques in the hands of military lawyers, psychiatrists and even pastors that we know these professionals would never have thought of, at least with Cain’s insight. The sense of a story and a trial – that’s a theatrical fabrication of Cain, though he has analyzed the circumstances in profound ways.

Using many of the dialogue techniques of strong theater, director Michael Cotey has merged movie and theater to good effect – without one intruding on the other — turning the wordiness into full throated exchanges.

The runaway star role is Casey Hoekstra, simply riveting as the manic, tireless, head beating, defiant, blubbery, scary target of all the questions– guilty on all counts, seemingly lacking in any humanity and yet there are glints of light into his dark soul.

This is hardly a typical theater role, written so on the edge of rational behavior, jumping back and forth like nerves undergoing electric shock, requiring the actors to pull out all stops and yet never stumbling into hamminess. Hoekstra has joined only three actors in 50 years I’ve seen who have brought this kind of role off.

The play comes at a time when we need this sort of insight more — an era and time that, despite 24/7 media coverage, we don’t want to know more or understand more about the people causing this sense of a sickened society around us. Playwright Cain is suggesting that on a spiritual level at least, we must ask ourselves what is creating this very American disease of angry young men with guns so out of control.

Tickets for 9 Circles are $30 for individuals or $40 for households, and can be ordered at https://nextact.org/shows/9-circles/?tickets. 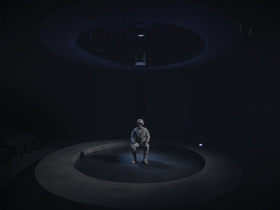 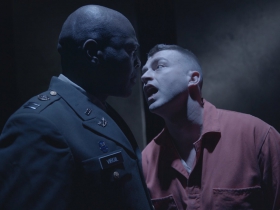 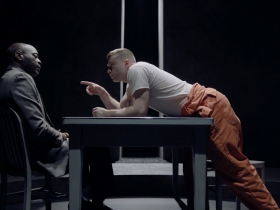 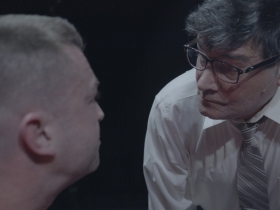 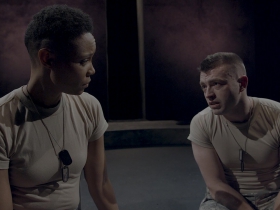 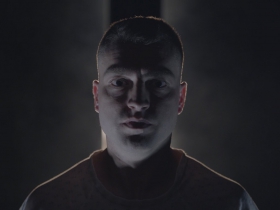