By Danielle Kaeding, Wisconsin Public Radio - Apr 22nd, 2021 07:01 pm
Get a daily rundown of the top stories on Urban Milwaukee 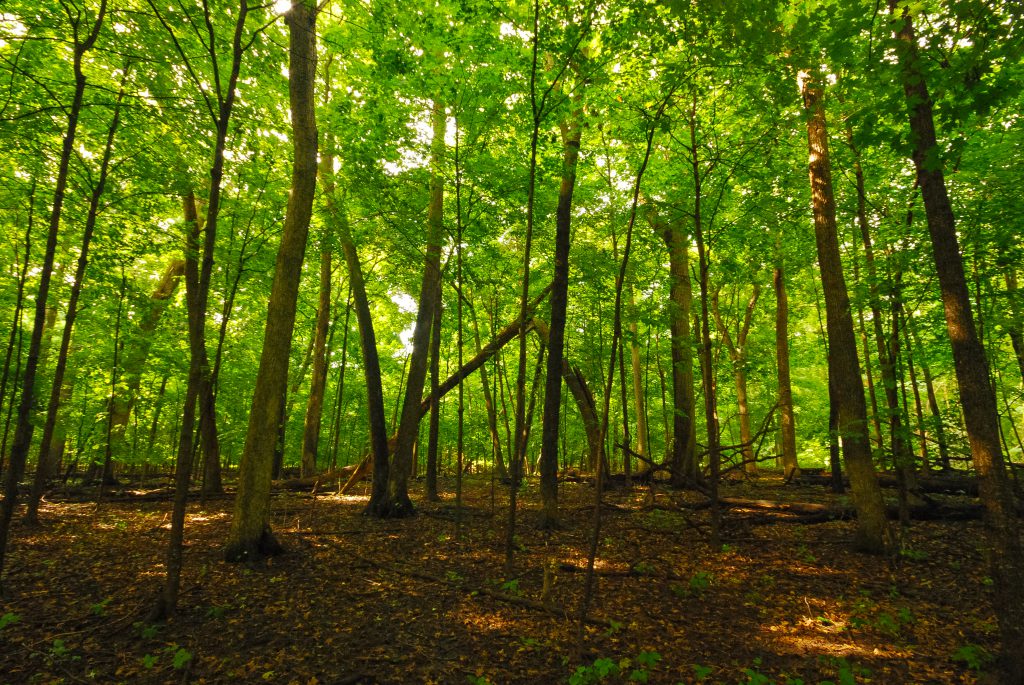 Gov. Tony Evers has issued an executive order that directs the Wisconsin Department of Natural Resources to plant 75 million trees by the end of 2030.

Evers made the commitment to working with public, private and nonprofit partners to mark Earth Day.

“Our climate is changing at a pace faster than at any time known in history,” Evers said in a statement. “Sustainably managing Wisconsin forests will not only generate climate change mitigation benefits, but also contributes $24.4 billion annually to Wisconsin’s economy, supports the health of our citizens and helps maintain the high quality of life that defines our state.”

The tree planting initiative is expected to store 28.8 million metric tons of carbon dioxide over the next 50 years — that’s the equivalent of what’s produced by six million vehicles each year.

Heather Berklund, the state’s chief forester, said the commitment would involve conserving 125,000 new acres of forest land across Wisconsin. That represents about 17 percent of the roughly 723,000 acres of land that have been set aside for conservation in the last 30 years.

The tree planting effort could include permanent conservation of existing forests, as well as urban tree planting, and restoration and regeneration of degraded forest land.

Berklund said no funding has been set aside for the tree planting initiative, but she noted the Knowles-Nelson Stewardship Program “could help in those contributions to this effort.”

Evers has proposed reauthorizing the land purchase program through $70 million a year in bonding over the next decade — more than double the amount authorized by the state in recent years. Republican lawmakers like Sen. Duey Stroebel, R- Saukville, have questioned how much the state should invest in land conservation, expressing concerns over the amount debt the state owes annually for the program.

Supporters maintain there’s broad support for the program, highlighting only about 14 percent of the DNR’s overall budget is reserved for debt payments. Research from the Nelson Institute for Environmental Studies at the University of Wisconsin-Madison has found that every acre protected in the state provides a $3,000 return to the state’s overall economy. The program costs nearly $20 per person each year.

Berklund highlighted that trees not only store carbon and filter pollutants; they also provide recreational benefits, prevent stormwater runoff and erosion, and support the state’s $24 billion forest products industry in the state.

“It’s to be a benefit for the long term, and being able to sustain a healthy industry in the state is critical to maintaining just a healthy landscape, and having a continuous supply of products today and into the future,” she said.

Berklund said the agency will begin conducting outreach to coordinate formal pledges with partners to reach the governor’s goal.