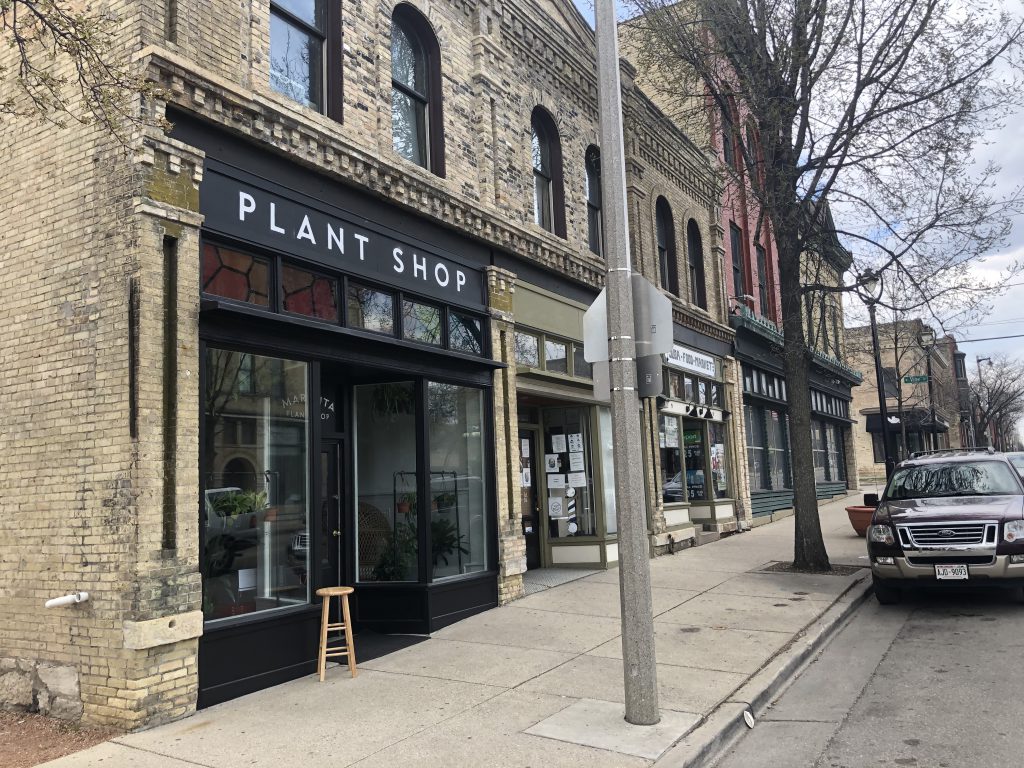 After starting as a pop-up late last year, a new plant shop opened last week in the Bronzeville neighborhood.

The store sells alocasias and philodendrons among a wide selection of house plants big and small. Customers can browse in-store or choose to pick up their plants through curbside pickup. Before opening, Maranta was an online-only pop-up that performed curbside pickup services at a warehouse in Walker’s Point for six months.

Rodriguez, who is also the managing director at gener8tor Music, said he learned about plants from Alfaro and started collecting them during the COVID-19 pandemic. He said he didn’t imagine himself working in a plant store at first but employed his experience in the music industry to start the business.

“It’s surreal,” said Rodriguez. “I never thought I’d have such a deep appreciation for plants after doing research on the horticultural world.”

When Rodriguez and Alfaro first started, they noticed they were the only Black and brown plant shop owners in Milwaukee.

“I think in general, more Black and brown folks need to take up more space as business owners,” he said. “We’re going through what most people consider the biggest civil rights movement of our country, and having our voices heard comes through starting a business and making a presence. On a personal level, these plants come from where we come from, like Central America and Africa.”

Get a daily rundown of the top stories on Urban Milwaukee
Bronzeville was chosen as a location because of the history of the area and to help build a thriving Black and brown economy in the neighborhood. “We have people driving from Madison, Green Bay and Chicago to buy plants from us,” Rodriguez said. “There’s going to be a side of the city we want to show them and it’s a side people don’t highlight. For us, it was MLK.”

The store is open from Wednesday to Sunday from 12 p.m. to 6 p.m. Rodriguez said that the hours may change to keep up with demand. He said the reception from customers has been overwhelming and positive.

The property most recently housed Pilcrow Coffee from 2016 to 2019 before the coffee roaster moved to 416 W. Walnut St. Before that, it was home to Divine Wear.

The 7,552-square-foot building, owned by Brian and Kim Petersen, was built in 1890 according to city records. The property holds four commercial units and two residential units.