By Rob Mentzer, Wisconsin Public Radio - Apr 14th, 2021 02:42 pm
Get a daily rundown of the top stories on Urban Milwaukee 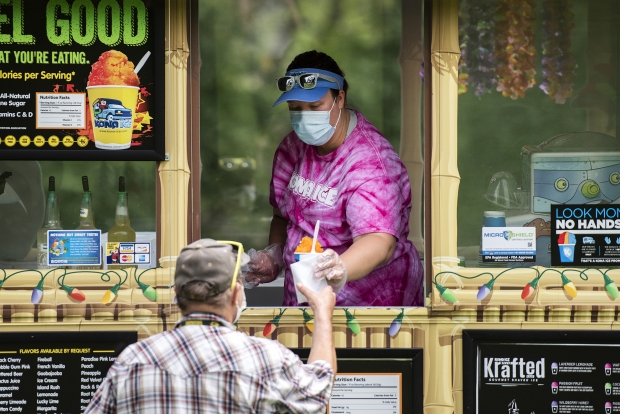 One year ago, most Wisconsin business owners who responded to economic data surveys said they expected to lay off a significant share of their workers. And many said they didn’t know if their businesses would still exist in a year.

Today, the picture is starkly different. While some businesses did close, and unemployment initially spiked in 2020 before coming down significantly, the long-term impact appears to have been much less stark than many predicted during the early pandemic.

In Wausau, where the downtown business group Wausau River District Inc. last week released the results of a recent survey, only one-third of businesses surveyed said they had laid workers off in the last year. That’s compared to two-thirds who said they expected layoffs as of April 2020.

River District director Blake Opal-Wahoske said the change in sentiment in part reflects the extreme uncertainty of a year ago, when Gov. Tony Evers‘ stay-at-home order had only recently taken effect. As the pandemic proceeded, businesses learned to adapt to changing health orders and also to updated knowledge about how COVID-19 spreads.

“I think this really shows our small business community’s ability to adapt to consumer behavior patterns and adjust their business models to actually make their businesses more lucrative,” Opal-Wahoske said. 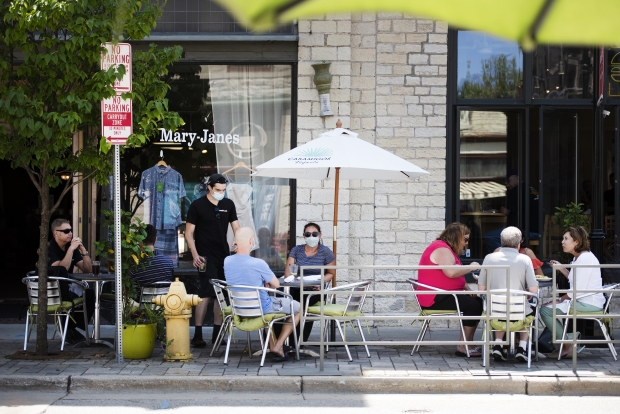 Brienna Wagner, center, wears a mask while sitting at an outdoor table with Andy Wagner on Thursday, July 30, 2020, in Waukesha. Angela Major/WPR

The University of Wisconsin Oshkosh’s Center for Customized Research has been surveying businesses statewide since the pandemic began. They’ve tracked similar changes in sentiments, said director Jeffrey Sachse. In its most recent survey, 70 percent of businesses said that under current conditions, they can survive for at least seven months. Twenty percent said they can last for less than six months, and another 18 percent said it was “impossible to say.”

Compare that to the center’s May 2020 survey, when more than 41 percent of respondents said they’d make it less than six more months, and only 38 percent said they could survive for seven months or more.

The reasons the pandemic’s economic cost to these businesses has been less than anticipated are complex, but Sachse offered some possible factors:

“Very few businesses have signed long-term contracts or committed to this idea that delivery will be 30 percent of business when this goes back to normal,” he said. “They’re assuming that we will go back into restaurants. And for a retail store, they weren’t going to try to figure out how to staff an e-commerce fulfillment side of their business, let alone deal with the inventory hassles.”

That means many small businesses are expecting that the lifestyle changes many people made during the pandemic won’t stick.

In Wausau, Opal-Wahoske said a big question for downtown businesses is to what extent office jobs continue with remote work in the coming months.

“We’ve leaned heavily in the past on our daytime economy,” he said, meaning those who go out for lunch downtown or shop there during the work day. “If remote working continues, what kind of implications will that have on our downtown?”

Small Businesses Expected Disaster From Pandemic, But Most Survived was originally published by Wisconsin Public Radio.