Wisconsin has one of nation’s strictest laws on expunging criminal records.

By Edgar Mendez, Milwaukee Neighborhood News Service - Feb 18th, 2021 11:02 am
Get a daily rundown of the top stories on Urban Milwaukee 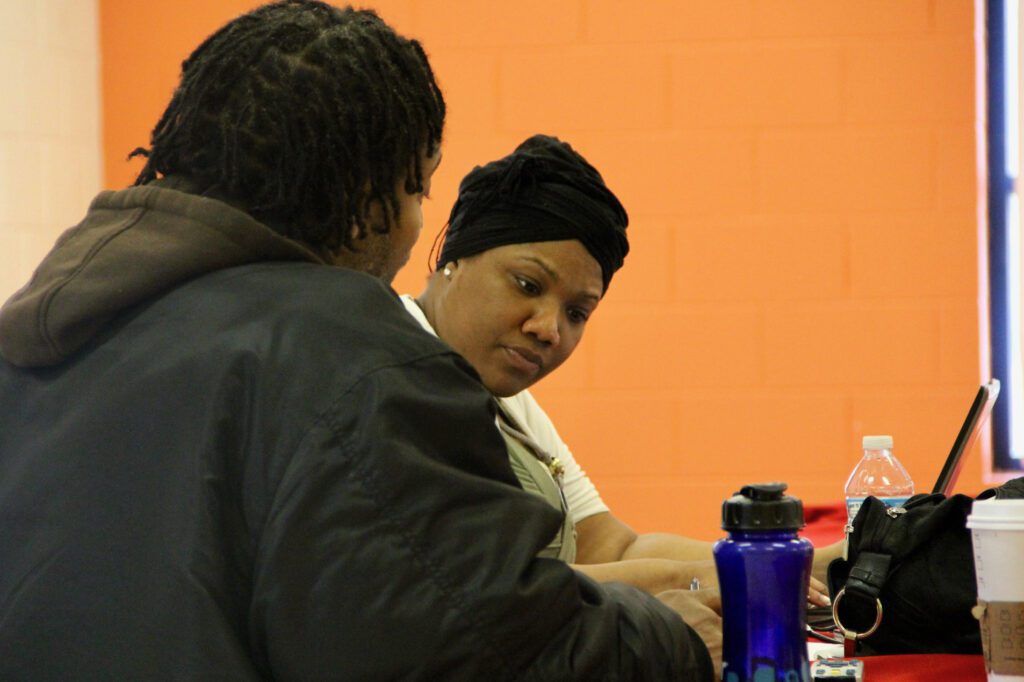 Shanyeill McCloud of Clean Slate Milwaukee checks a man’s criminal record to see if he is eligible for expungement during an event in 2016. File photo by Scottie Lee Meyers/NNS.

Shanyeill McCloud has heard countless stories from people who have been hurt by their past criminal record.

“If a person cannot find jobs even though they are qualified, it plays on their mental health,” said McCloud, the founder of Clean Slate Milwaukee. “That negatively affects the role that person is able to play in their household and their relationship with their family.”

Clean Slate Milwaukee provides expungement services for eligible young adults who have misdemeanor or nonviolent felony convictions. Expungement is the process of having your criminal record removed,  or sealed, which can help eliminate employment barriers.

It’s a process that doesn’t happen often in Wisconsin, which has one of the toughest expungement statutes in the country.

McCloud and others who’ve been pushing to reform Wisconsin’s expungement laws are hopeful that will change soon, thanks to new bipartisan legislation unveiled by Democratic Rep. Evan Goyke, Republican Sen. Alberta Darling and others.

“This proposal will provide immediate employment access for thousands of individuals who are looking to overcome their past and find success in the workforce,” said Goyke, who plans to help introduce the full bill, which has not been made public yet, this month.

The proposed bill would still limit expungement eligibility to individuals who have been convicted of nonviolent and low-level crimes. But it would change the requirement that an expungement decision be made by a judge at the time of sentencing. It would also expand eligibility to those aged 25 years and older, rather than limiting it to individuals below that age as the current law does. A 2018 report by the Wisconsin Policy Forum found that nearly 63 percent of all criminal cases in the state from 2006 to 2017 involved offenders aged 25 and older.

Goyke and others pushed a similar legislation, Assembly Bill 33/Senate Bill 39, in 2019. The bill made it through the Assembly and reached the Senate early in the pandemic, but it never came up for a vote and died there.

The new proposal now has more bipartisan sponsorship, the backing of the conservative group Americans for Prosperity and others, and support from several business advocacy groups, including the Waukesha County Business Alliance and the Metropolitan Milwaukee Association of Commerce, or MMAC, which helped lead the push for reform.

Steve Baas, senior vice president of governmental affairs for the organization, said the legislation is key to expanding the regional workforce to meet the needs of the economy.

“Expungement reform is one way to get people who are on the sidelines back into the game,” he said.

Another important change in the latest version of the bill, Baas said, is that it would add protections to employers wary of being exposed to lawsuits if someone they hire had a prior criminal record that was expunged.

“You can’t be treated as if you should have known if we’re going to make that information less accessible to employers,” Baas said. “It makes the process of hiring an individual easier.”

Individuals who have their record expunged would need to remain crime-free and would only be eligible for expungement once, Goyke said.

“Many have a conviction and are never arrested again,” he added.

McCloud said everyone would benefit from the proposed changes.