Vince Lombardi won't walk the streets of Green Bay, but of downtown Milwaukee and Walker's Point. 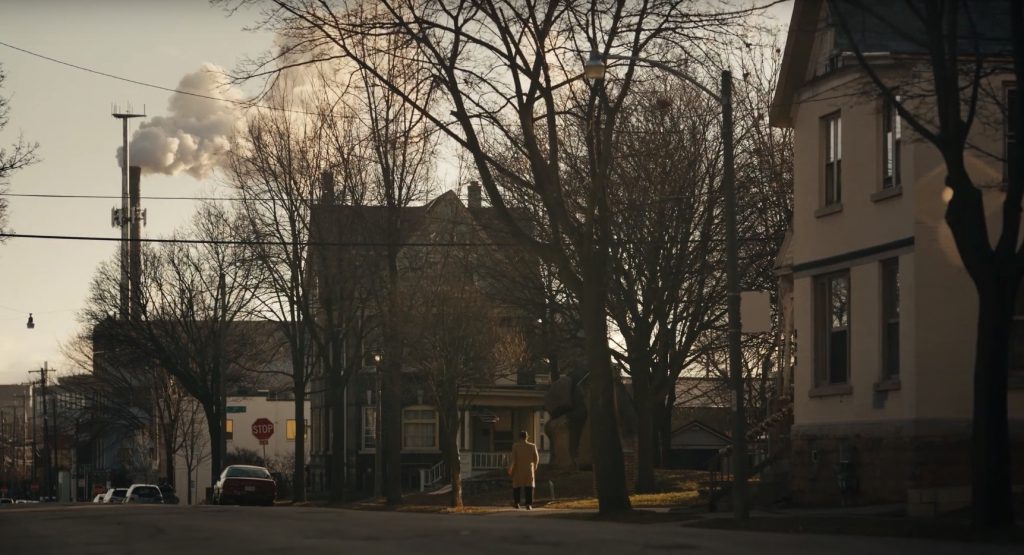 Millions of viewers will likely be transfixed by a high-definition video of legendary football coach Vince Lombardi that is set to air just before kickoff of Sunday’s Super Bowl game. But Milwaukee viewers will notice something extra.

Lombardi, for whom the game’s trophy is named, passed away in 1970 at the age of 57. Virtually all of the footage of him is that grainy scene of a well-dressed coach roaming the sidelines.

The NFL released three short clips of the Lombardi spot Monday that show the former Green Bay Packers coach walking city streets while a voiceover of some of his most famous quotes play.

“The measure of who we are is what we do with what we have,” says the coach as an actor puts on the Lombardi’s trademark fedora hat. The NFL hired 72andSunday Los Angeles and effects studio Digital Domain to use computer-generated imagery (CGI) to turn the actor into Lombardi. Respeecher, Inc. replicated Lombardi’s voice using artificial intelligence and existing recordings.

In two of the three released clips, Lombardi is walking along W. Walker St. in Walker’s Point near S. 4th St. In one the Rockwell Automation clock tower is visible in the background. In another a small portion of the Hoan Bridge.

Lombardi also walks a dimly-lit alley in one clip. But it’s not the back entrance to a Green Bay meatpacking plant. It’s N. Front St., a hidden street countless Milwaukeeans have visited to get to the Safe House bar and restaurant.

In a portion of another clip, Lombardi walks along the edge of the Harley-Davidson Museum campus. Visible in the background is the Reed Street Yards business park and Teweles Seed building.

The coach, who led the Packers from 1959 through 1968 and won the the first two Super Bowls, was no stranger to Milwaukee and could have walked those very streets. With one exception: the Hoan Bridge wasn’t completed until 1972, two years after Lombardi’s death, so he couldn’t have walked with that in the background.

Through 1994, the Packers played up to four games a year at Milwaukee County Stadium. During Lombardi’s tenure the team played three games a year in Milwaukee. He even worked to block the city from landing its own football team in 1966.

There are more locations on the way. Nite Owl owner Chris Roepke revealed Monday that his restaurant, 830 E. Layton Ave., was used as a filming location. He said the piece would be two minutes long. The average 30-second commercial is expected to sell for $5.6 million.

The extended-length NFL spot features “one of the league’s most inspirational figures, a pioneering ally in social justice, and a namesake of the Super Bowl trophy,” said the league in a press release. Known as “As One,” the tribute will air just before the singing of “America the Beautiful” by musical artist H.E.R.

One thought on “Milwaukee Featured In Super Bowl Ad”