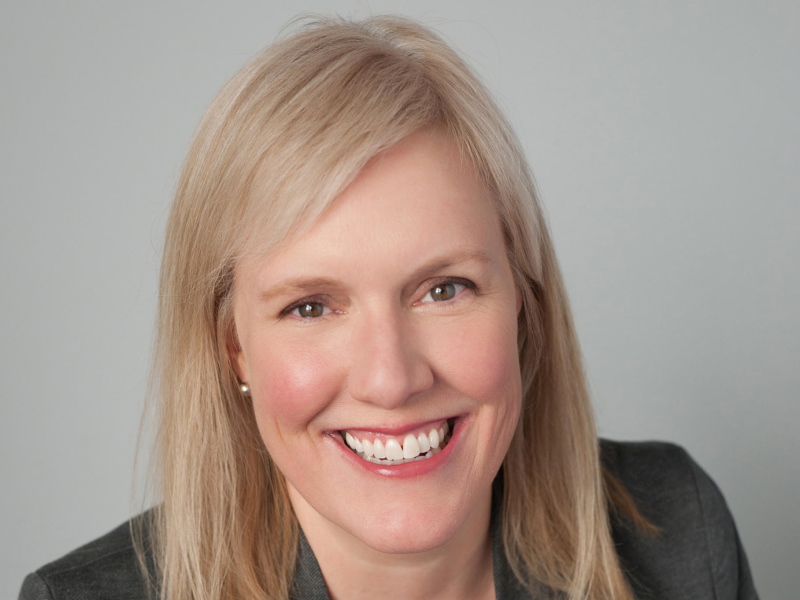 “As a public health officer in the pandemic, I was the first in Wisconsin to write and implement orders to protect our most vulnerable populations,” said Johnson when the committee reviewed her appointment on Thursday.

The Washington Ozaukee department was also publishing the name of businesses with COVID-19 outbreaks. “Unfortunately politics have impeded our ability to continue to use outbreak information as a tool to keep our community safe,” said Johnson.

Johnson acknowledged that there are differences between the population she currently serves, two suburban, affluent counties, versus Milwaukee. But she said there are pockets in the counties that have similar health issues to those in Milwaukee. “It’s a little bit different from Milwaukee, in Milwaukee the needs are much more evident and prevalent in the data,” she said. Johnson said both departments have a similar structure, a despite a size difference between the 40-person and 270-person departments.

She said she would focus on building partnerships with other organizations and residents.

“I’m not someone that’s going to see a grant and say ‘let’s go after it,’ I’m going to sit back and say ‘what is the data telling us? What is the priority for the community?'” said Johnson. “I think it’s critical we use data. We also need to have partnerships with the community to move forward.”

Alderwoman Chantia Lewis asked why she would want to leave her current job.

“I believe deeply in social justice. I really believe that I can do justice to the needs we are facing in Milwaukee and I can be at the table and have those hard conversations,” said Johnson. “I just think there is some great work to be done and I know I am the person to lead it.”

Johnson would replace interim commissioner Marlaina Jackson who has served in the role since September. Jeanette Kowalik served as commissioner for just under two years before resigning to take a health policy job in Washington D.C.

Johnson earned a master of public health degree from Tulane University in 2003. She earned her bachelor’s degree at the University of Wisconsin in 1997.

She won’t have to relocate to take the job. Johnson has lived in Milwaukee since the fall of 2019 and her children attend Milwaukee Public Schools. While no longer required by law, Barrett requires appointed department heads to live in the city.

Alderman Khalif Rainey asked a series of questions to Johnson about translating her experience to a bigger city. He also asked about her stance on a study of merging the city and county health departments. “I really would have to learn more to be honest,” said Johnson, noting she would await the results of the study and only learned about it yesterday.

Ald. Marina Dimitrijevic said she was initially concerned about learning Johnson was coming from a county with the wealthiest ZIP code in the state to a city with the poorest.

She asked Johnson what the suburban commissioner thought about the lack of restrictions and other COVID-19 abatement measures in the area she oversees.

“This has been an incredibly difficult 10 or 11 months for me,” said Johnson. She acknowledged philosophical differences with the elected officials she serves under. Johnson said even if she could impose health orders she would have issues with enforcement. “Straight forward answer: Do I think that what we’ve done is enough? No.”

Johnson also faced questions about her thoughts on the previously-troubled childhood lead poisoning prevention program. She said she would look to the data to guide her decisions, but said what she had seen indicated that not enough data was available. Both Ald. Jose G. Perez and Johnson noted that the program connects with many others, including those not provided by the health department.

Perez pushed for a strategy to effectively abate as many properties as possible so the city does not have to return to them for future issues. “I agree with you,” said Johnson.

The cabinet-level Commissioner has a broad array of responsibilities from leading the department, currently much larger because of  COVID-19 testing and vaccination work, and the department’s role helping guide the region’s pandemic response.

Under state law, the health commissioner is the only public health official in Milwaukee who can order a quarantine and impose local health orders.

Barrett said Jackson will return to her role as deputy commissioner of community health should Johnson be confirmed. She has been with the department since April 2020.

The full council is expected to vote on Johnson’s appointment on February 9th.